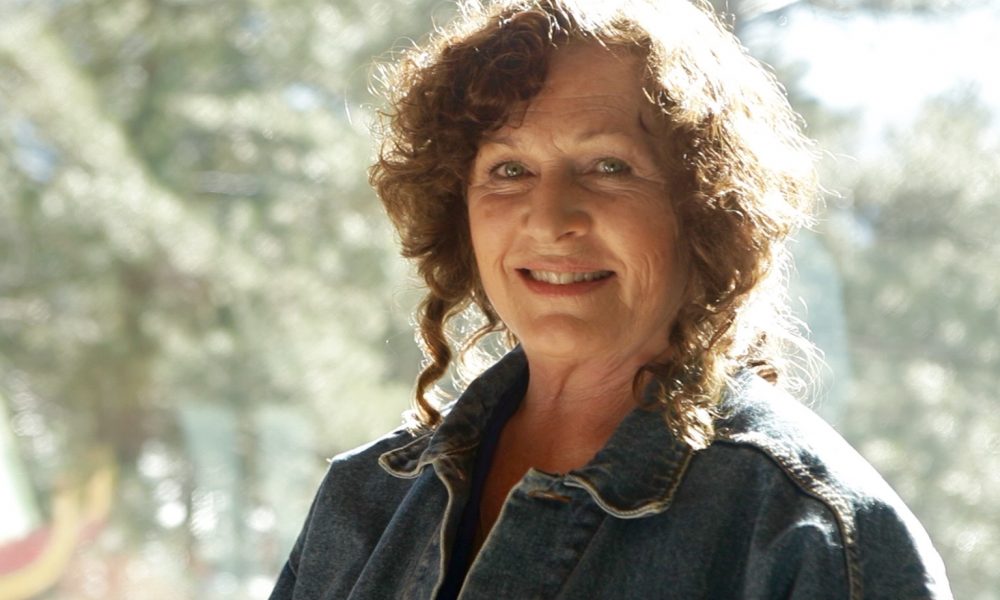 Today we’d like to introduce you to Patty Greer.

Patty Greer was always a savvy businesswoman, even as a young child. She created a wide range of different businesses and rarely worked as an employee for anyone her entire life. At seven years old she opened a successful lemonade stand on a corner in a Beverly Hills canyon. As a teenager, she designed a line of antique jewelry and sold to retail stores by the dozens.

In her 20’s Patty opened a vintage clothing store on the downtown Pearl Street Mall in Boulder Colorado called “Golden Oldies.” She loved the treasure hunt of buying vintage clothing, jewels and accessories. Patty produced a number of TV shows honoring the history of fashion. When Boulder Colorado became known across the world for their annual “Halloween Mall Crawl” her store was the rage! She sold ball gowns from the 1930s with sequins and embroidery, and the hats and gloves to go with them. Golden Oldies offered tuxedos with tails and top hats, classic Hawaiian shirts, and fabulous hand-painted ties.

The store was known from LA to New York, and older people would call and invite Patty into their attics after seeing her on TV. She was knowledgeable so they trusted that she would take good care of their finery and fond memories. It was an exceptional vintage clothing store because the garments were cleaned and repaired before going out on the racks. Patty enjoyed designing showcases and front window displays with her edgy mannekins who had rhinestones glued to their noses in the 1980s when it first became “cool.” After 18 great years, she closed Golden Oldies in 1992 to go home and be with her young children.

Patty began piano lessons at age six and took up playing classical harp in college. She was a professional musician for 33 years and met her husband Scott Roche in a band that toured Colorado for many years. Patty was also playing solo harp gigs at Ebbets Field in Denver and Tulagis in Boulder. Unfortunately, she trusted a bad dentist in 2004 and was poisoned by a mercury fillings procedure that was supposed to have been “safe porcelain fillings.” The effects of the poisoning appeared on her fingertips as open cuts, which are still somewhat present today after 16 years.

Her doctors in Boulder gave her the wrong blood test for seven years until she finally quit trusting the medical industry altogether. (The correct test needed for mercury poisoning is the “Inorganic mercury tri-test” from Quicksilver Scientific in Louisville Colorado) Once she knew the truth she had the toxic fillings removed and set herself on the road to healing. But detoxing, doctors and every kind of therapist couldn’t reverse her mercury toxic condition. Her life had been changed forever and she was no longer able to play music or use her fingertips for much of anything. The bad dentist got off without even a hand slap and not one lawyer in the USA would sue him! (?) That was her first clue that the medical industry had gone astray, along with her faith in lawyers.

In her extreme desperation to heal she flew to England to lay in Crop Circles, of all things! Her hands didn’t heal but her perception of reality was thoroughly altered! She forgot about playing music entirely and began filming the incredible UK Crop Circles in band-aids and gloves. With a new career underway, she learned to love life once again and started producing documentary films on Crop Circles. Patty returned to England year after year and produced 8 full feature documentary films that received 8 prestigious awards including 5 EBEs at the International UFO Congress Convention. It was a thrilling career and she quickly became a top public speaker on Crop Circles across the USA and Canada at UFO events.

Her life once again was about treasure hunting, but this time it was to find Crop Circles in the vast undulating UK farm fields! Patty produced the films with no previous experience or training in filmmaking whatsoever between 2007 – 2016 while visiting more than 100 UK Crop Circles. She even filmed the lab where the testing was done on Crop Circle plants and discovered the REAL science about Crop Circles. Turns out the seeds in Crop Circles grow 30 – 400% more food and biofuel per plant with up to 75% more nutrition per seed! The culmination of her experiences was shared in her final film, “Crop Circle Diaries” which received 2 EBE awards: “2017 Best UFO Feature Film” and “The People’s Choice” award. Patty felt complete with her filmmaking career and moved on in 2018.

See the films for free: www.CropCircleFilms.com/free

In 2017 Patty got lucky and discovered the healing miracle molecule C60 (Carbon 60). This incredible anti-aging, anti-oxidant remedy really worked and she finally began to heal her hands, along with everything else in her system. C60 has been healing people successfully across the world from numerous stubborn ailments so she went directly to the source in Houston Texas to the lab producing and distributing C60 across the world since 1991. After meeting the owners/scientists she became business partners with them to create her newest company “C60 Evo.” Today they sell the highest purity C60 products available and this is the happiest Patty Greer has ever been in business! She knows that she is doing something that everybody needs because she knows that C60 REALLY is a healing miracle!

We’re always bombarded by how great it is to pursue your passion, etc – but we’ve spoken with enough people to know that it’s not always easy. Overall, would you say things have been easy for you?
As much as Patty enjoyed writing and playing her music publicly and recording in the studios, her music was constantly and continuously hacked on Amazon so that she couldn’t sell any CDs. She offered her music for free on YouTube, one song at a time and felt a little relief. Then after 33 beautiful years, she was poisoned by a bad dentist and lost the use of her hands, which ended her musical career.

After producing eight beautiful feature films and winning eight prestigious awards, the hacking continued and got even worse. So she offered her movies for free on social media across the world and hundreds of thousands of people enjoyed them! The movie soundtracks featured her own original music.*

The ONLY business that has been effortless and wonderfully successful is her new company that began in November 2019, “C60 Evo.”

So, as you know, we’re impressed with C60 Evo and Crop Circle Films – tell our readers more, for example what you’re most proud of as a company and what sets you apart from others.
Patty Greer was very well known for her Crop Circle Films across the world. She produced them on her own and paid for them personally. There were no other films that told the truth about the science of Crop Circles other than hers, thus the awards. Lab results concluded repeatedly that Crop Circles are real and are coming out of the earth in counter-rotating vortices of spinning plasma fields. What she discovered that was most important was the “Super-Seeds” found in Crop Circle that offered a technology that can truly save our food supply, once it is freely released.

Patty’s new company “C60 Evo” is her favorite career yet because she gets to do everything she loves – and none of the rest. Her partners produce & ship more C60 than any company on earth, and they’ve been doing it for 28 years with great integrity. Patty designed the website and social media platforms and produces ten new media ads every week. She is incredibly proud to be working with SES Research because the C60 Evo “ESS60 formulation” was used in the most successful anti-aging study known yet, which extended the lifespan of mammals 90%; the 2012 Paris Baati study.

This is a massive accomplishment and the testimonials are clearly setting C60 Evo apart from other anti-aging remedies because this product REALLY works! C60 Evo blends C60 “ESS60” into organic oils that can be taken on a spoon in the morning, and most people quickly notice that they feel better! The results are more energy, focus, endurance, strength and virility. The benefits list increases as people let them know, which is becoming a daily occurrence!

So, what’s next? Any big plans?
Patty’s business is new and very successful already. She is passionate about C60 Evo because of her own personal healing with it. She claims that this is her final business ever because she loves seeing so many people heal from difficult health situations like she did. Patty and her team are experimenting on new products made with ESS60 for people and their pets. 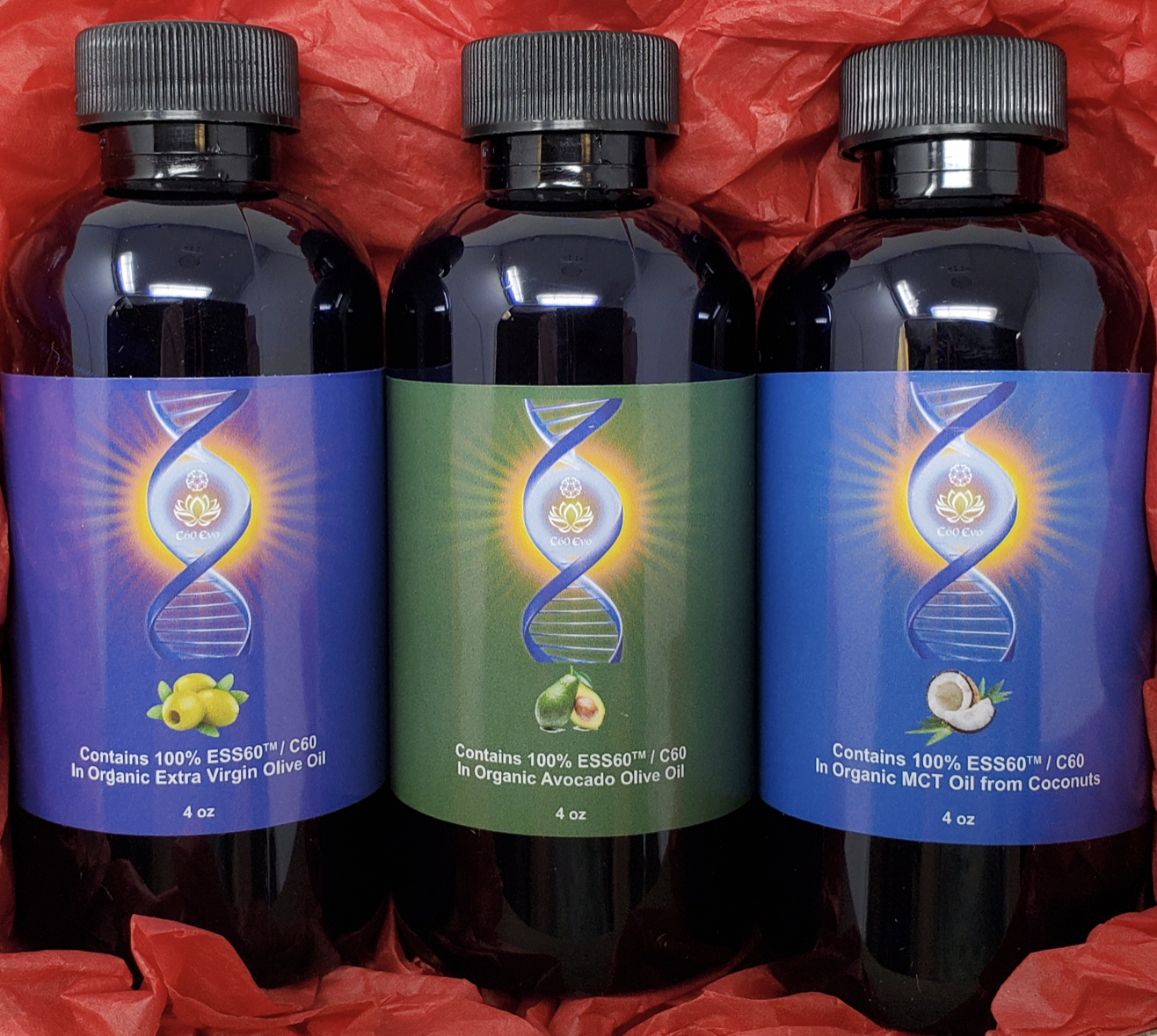 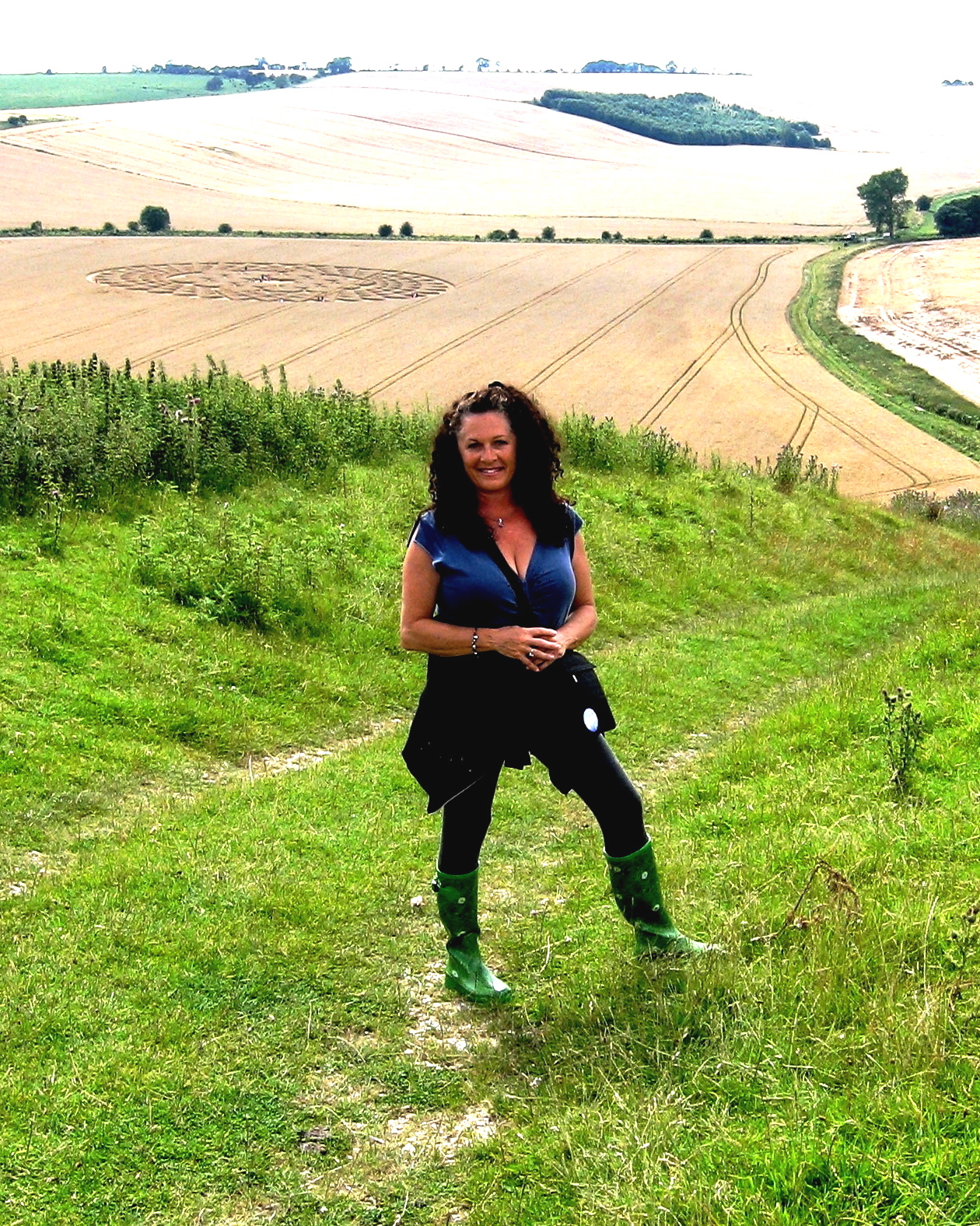 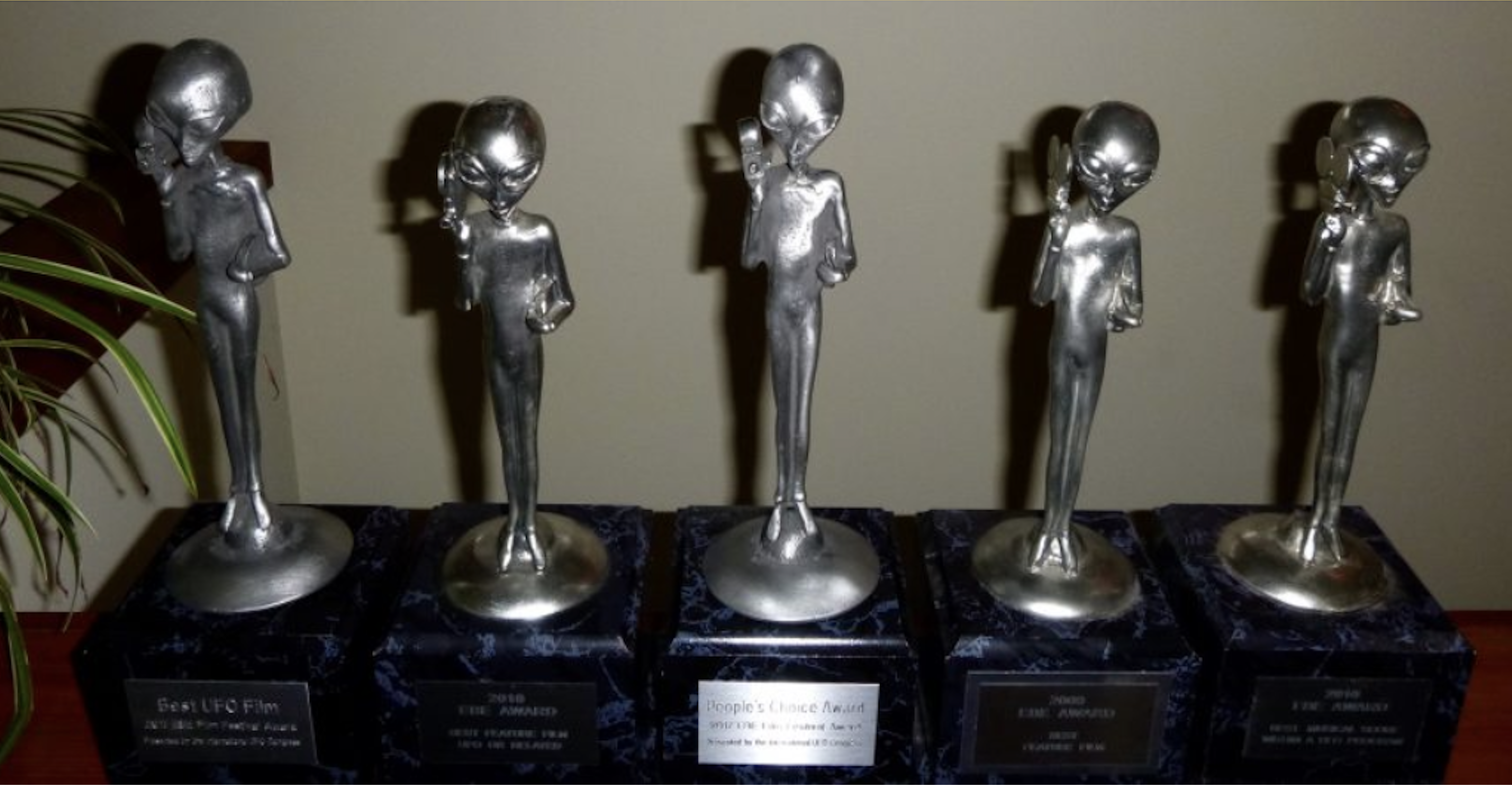 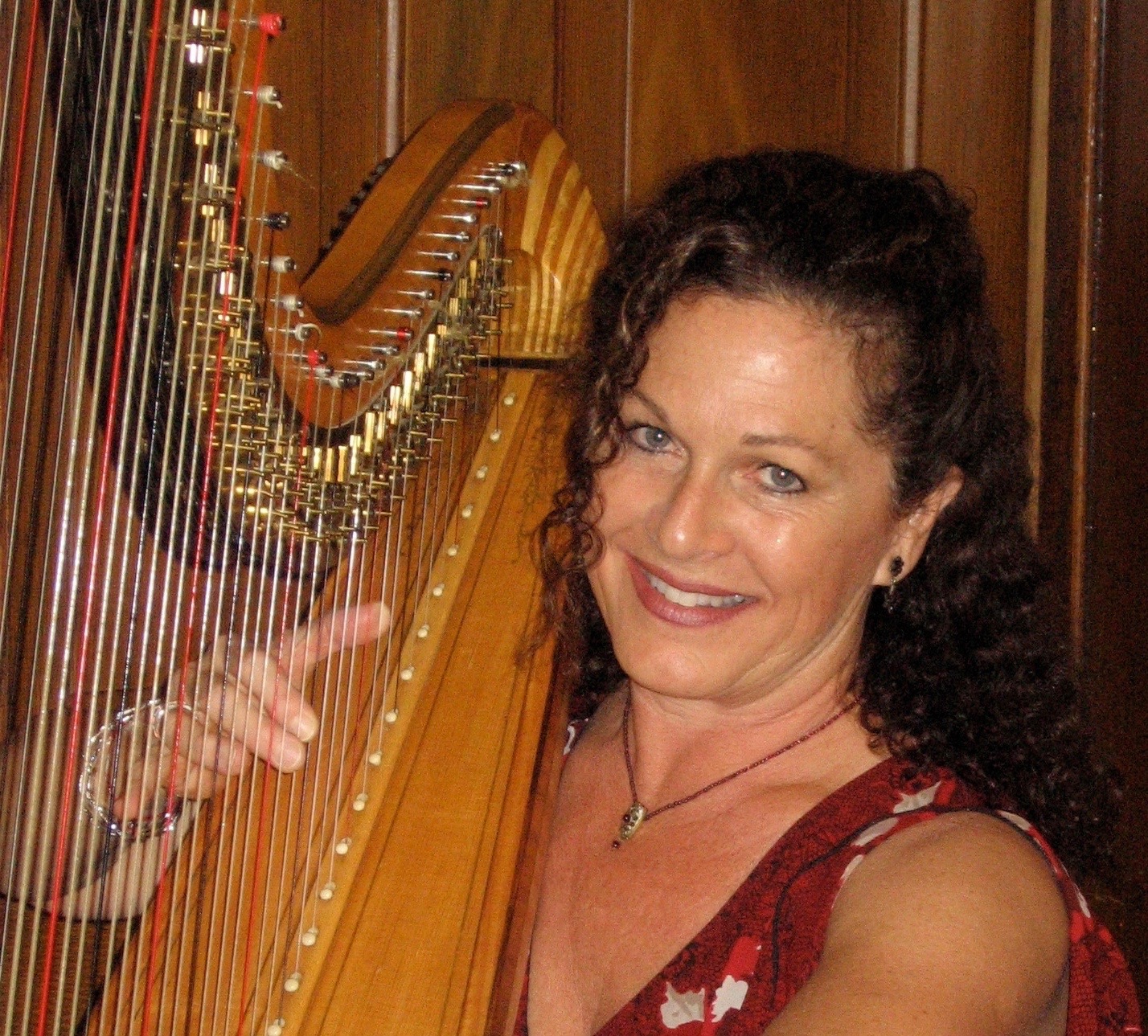 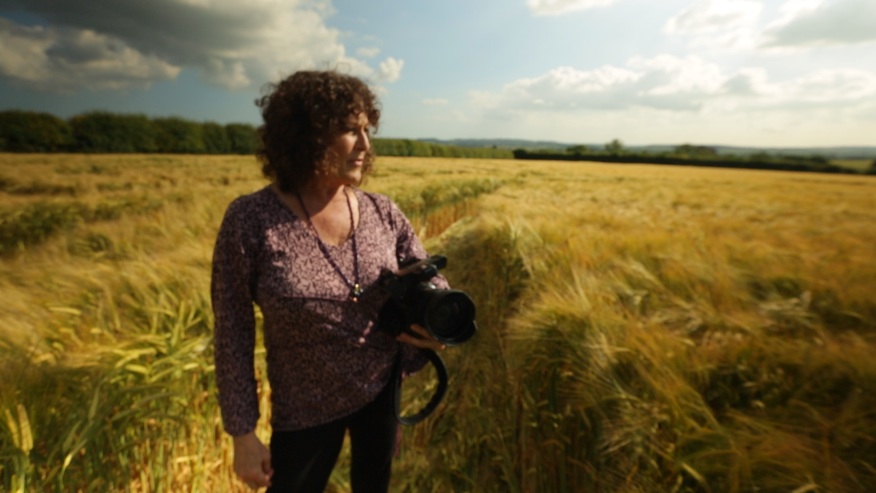 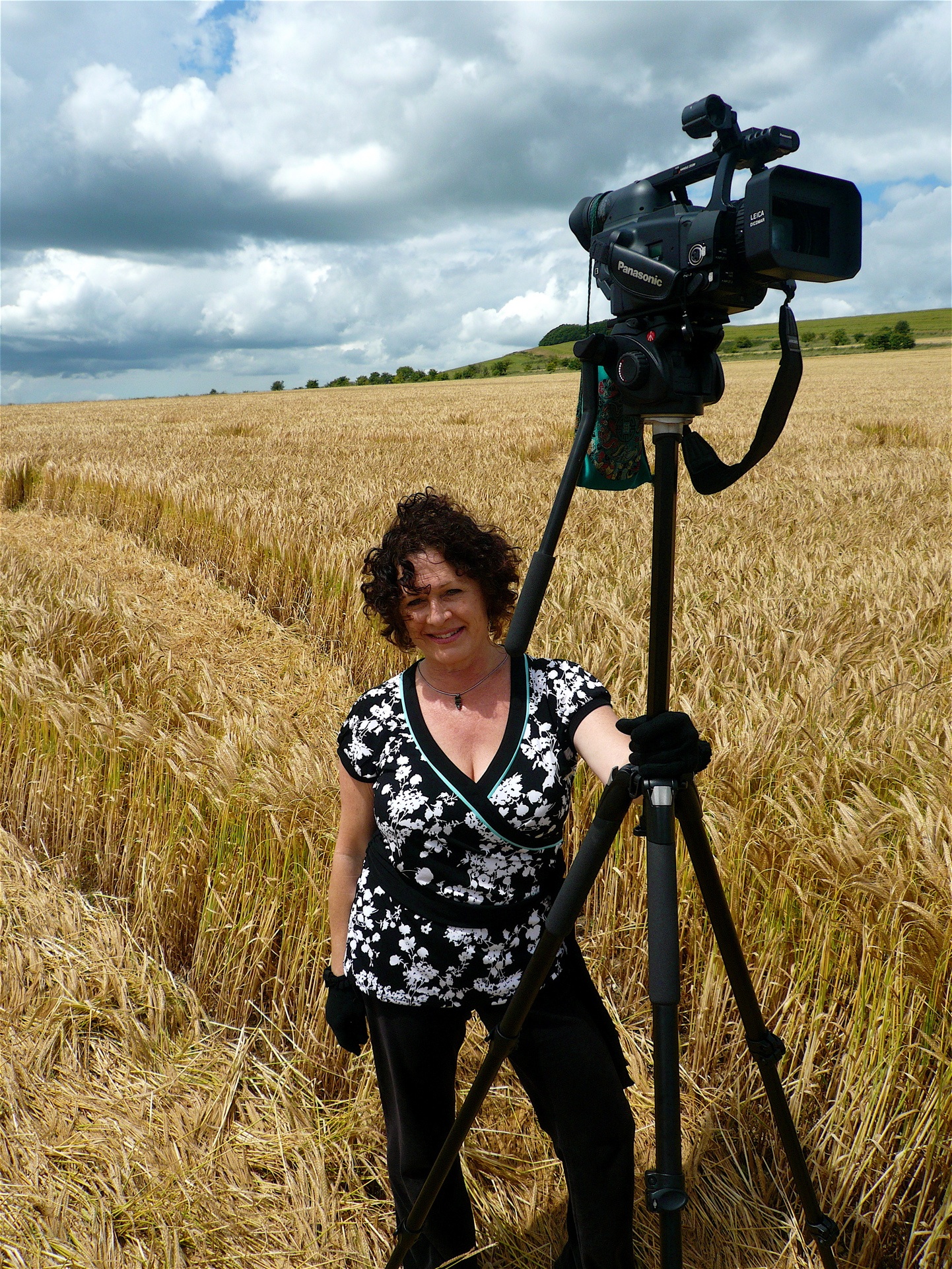