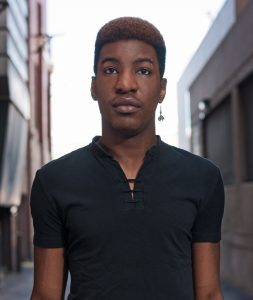 Today we’d like to introduce you to Preston Adams.

Hi Preston, thanks for sharing your story with us. To start, maybe you can tell our readers some of your backstories.
Ever since I was little, I’ve been immersed in music. Growing up, my mom was my biggest hero and role model. She sang in a band and I loved crawling into her lap during rehearsals, enthralled by the intricate dance between her singing and the band’s musical instruments. Eventually, I started picking up on things, and around me, they realized I had a natural talent. Theater came next. From the minute I played an elephant on stage as a child, I was at home. I was loud, I loved being in the spotlight, and I committed to everything I was asked to do. It was an instant love.

It took such a long time for me to find a medium where both of those were combined. I knew what musicals were but just didn’t have access to any programs that allowed us to do them. I also lost the programs that allowed me to sing and do theater for a long time, so I wasn’t able to do any of those programs again until I was put in choir in 8th grade, and then started doing theater in high school. It was hard. There were a lot of people around me who had access to these things way earlier than I did, so I suffered from a learning curve. Besides that, I was getting bullied heavily for being different, and I was suffering with crippling depression that made finding the joy in life very hard.

Musical theater saved me. If I didn’t have the ability to leave it all on the stage and receive the affirmation that I so desired in my everyday life, I might not be the person I am today. Having to come to terms with my sexuality and dealing with the loss of close friends due to religious differences was notable tough on my mental health. Musical theater really helped give me a space and a community. A community that was full of people ready to accept me for who I am, saved my life.

It’s been hard. I spent years of my professional theater life being othered, put in roles that amounted to no more than “best friend” or “random black girl singing the soul.” A few years ago, I had made the decision to retire because I didn’t feel like the community was taking me seriously as an actor. I was always tasked to play a stereotype of a black person, a character created by out-of-touch directors, and it was starting to weigh heavily on my mental health. Life, however, had different plans, and I was able to do the amazing Henry Award-winning show Scottsboro Boys at Vintage Theater, with a cast of almost completely black men. Being around them and having the hard conversations we had, really changed my trajectory in life. It showed me there’s a path worth fighting for in theater, carved out with my brothers, and I was willing to fight that fight.

This year, I came to the realization that I was non-binary. I was terrified of this admission, as I have already been struggling to be taken seriously and seen outside of the stereotypical box. I already had 3 strikes against me: I was born a black male presenting gay person. Now to add non-binary to that mix? It was scary, and in a lot of ways, it still is. But the payoff for my mental health has been worth it. Now, I’ve been able to show the community what I can do, unburdened by the binary ways things have always been done, and it has been received very well. I am blessed and highly favored, and I strive every day to be an example of what a black non-binary assigned male at birth (AMAB) person is capable of. Especially growing up without an example in my life to look up to.

This year I’m involved in several different avenues. I wrote and premiered an original musical documenting my journey coming out of the closet and am currently writing a new one. I’ve participated in several panels talking about diversity and equity in the arts. I continue to perform at different venues around Colorado while also becoming a vocal coach. Lastly, I’m a youth theater instructor through Backstory Theatre in Broomfield. All these activities are helping shape and guide me to my most fervent wish in this life: to be able to open doors and help shape a future, so that the new generations journey navigating diversity, inclusivity, and acceptance will be much different than my journey was when I was little.

Would you say it’s been a smooth road, and if not, what are some of the biggest challenges you’ve faced along the way?
It hasn’t been easy to carve a path for myself. As a performer, as I alluded to previously, I was always made to be a stereotype of what out-of-touch directors assumed black people were like. I was put in roles with torch church-like songs, but no lines and no stories. If I was given lines, I was always the sassy best friend. It got to a point where people didn’t even know if I was acting anymore and I wasn’t sure I was acting anymore because I played the same character over and over and over again.

In voice coaching, I had to prove I knew what I was talking about. People knew I sang, they were aware that I had a degree in vocal performance from the University of Northern Colorado, but they weren’t confident in my ability to teach, or that I knew what I was talking about. It took sever kids, several friends taking a chance, and working with me to realize that I’m very educated on the science of singing. Word of mouth got around, and I’ve been able to work with a whole bunch of people and help them make discoveries in themselves and their singing.

In teaching, the burden was clear: I am a gay male presenting person helping to shape the future of kids. I did have to deal with parents not wanting their kids in my class, due to religious reservations and fears that seeing me will confuse their kids. I took it in stride. I kept pushing forward because I knew that there were kids and families out there who were really looking forward to this programming, and I had a lot to teach. If it’s still an issue, I wouldn’t know because I have plenty of kids and families flocking to my classes to learn and be around me.

Thanks for sharing that. So, maybe next you can tell us a bit more about your work?
I have a Bachelor’s of Music in vocal performance in opera from the University of Northern Colorado. My primary skill is singing. But I’m also trained in acting and am a theater teacher, so I’m no slouch in that department by any means. I perform around town and am blessed to be able to work fairly consistently.

What sets me apart from other actors, and I think what’s been working well for me in the business, is that when you go and see Preston Adams in a show, you will always get an authentically Preston performance. Whether it’s the personality I infuse into a character or the vocal effects I add into the music, you will not see another actor perform the role the same way that I do. I take pride in being able to explore my almost 4 octaves of range, I love making people laugh, & I love flipping the script and making them cry. And being able to stand on stage, front and center, as a proud non-binary black actor is a blessing.

I’m also a playwright and composer, as I have written a few plays, a musical, and am writing a second one as we speak. This gives me the ability to look at scripts a bit differently, and as such approach characters in a way that people wouldn’t always think to approach. I always think to myself that characters are written in such a way that allows actors to take the key traits of the character, and infuse it with the things that make people so uniquely themselves as individuals, and that’s the beauty of art.

Risk-taking is a topic that people have widely differing views on – we’d love to hear your thoughts.
If you never take a risk, then you can’t learn and you can’t grow. I always walk into an audition and ask to be considered for the lead roles. That may not sound like a lot, but a lot of lead roles in theater were originated by white actors, and so directors and some audience members have a really hard time seeing it as anyone else. It creates a burden on actors of color to prove to everyone why this role can be different, and almost force them to think outside of the box. It doesn’t always work, and some directors take umbrage at being asked to open their minds. It’s a hard fight to have, but one I truly believe is worth having. 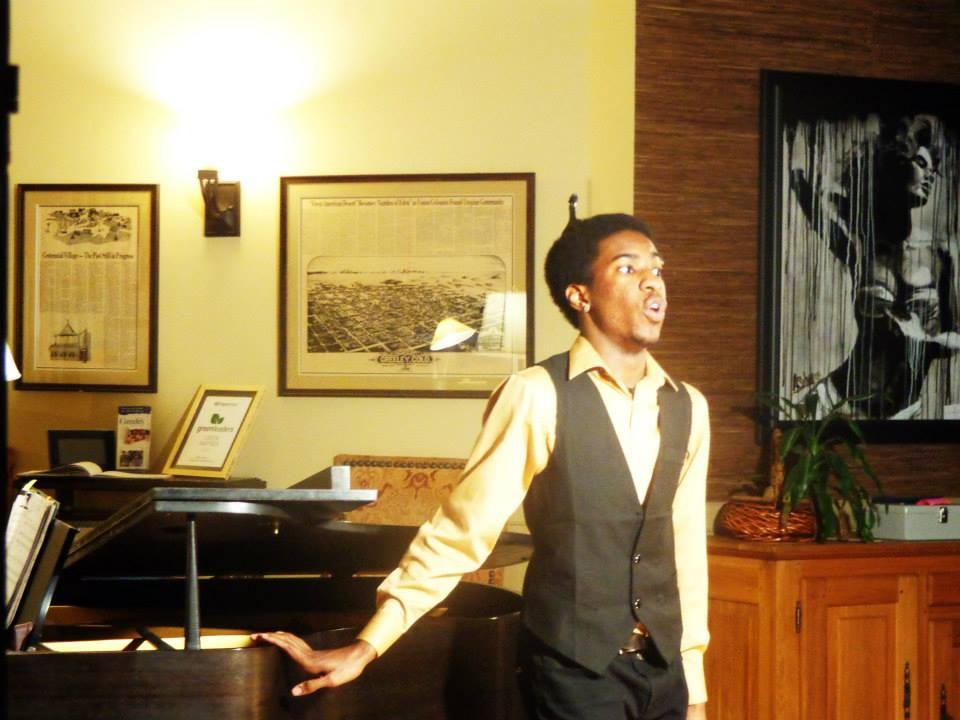 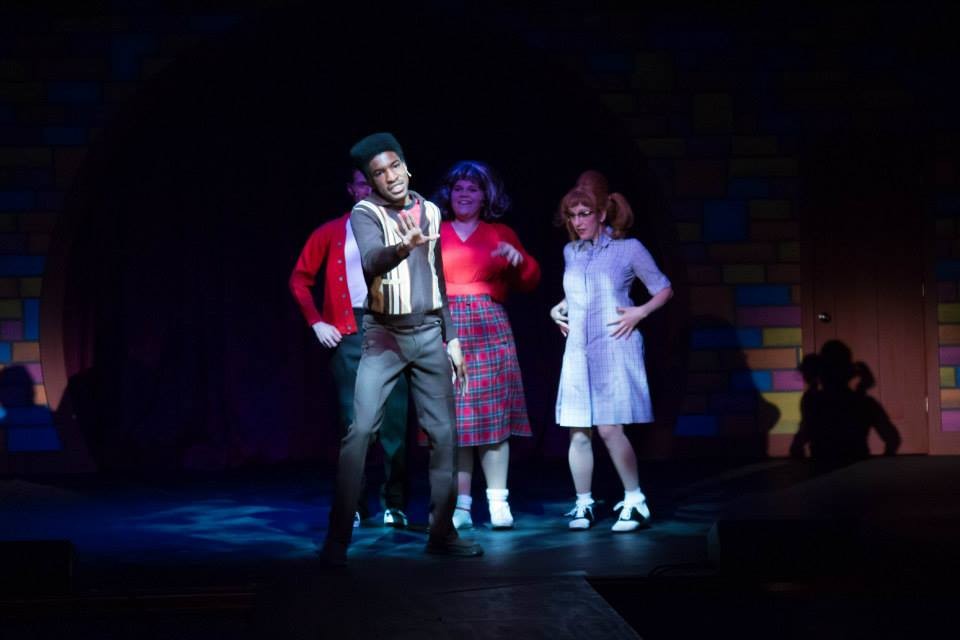 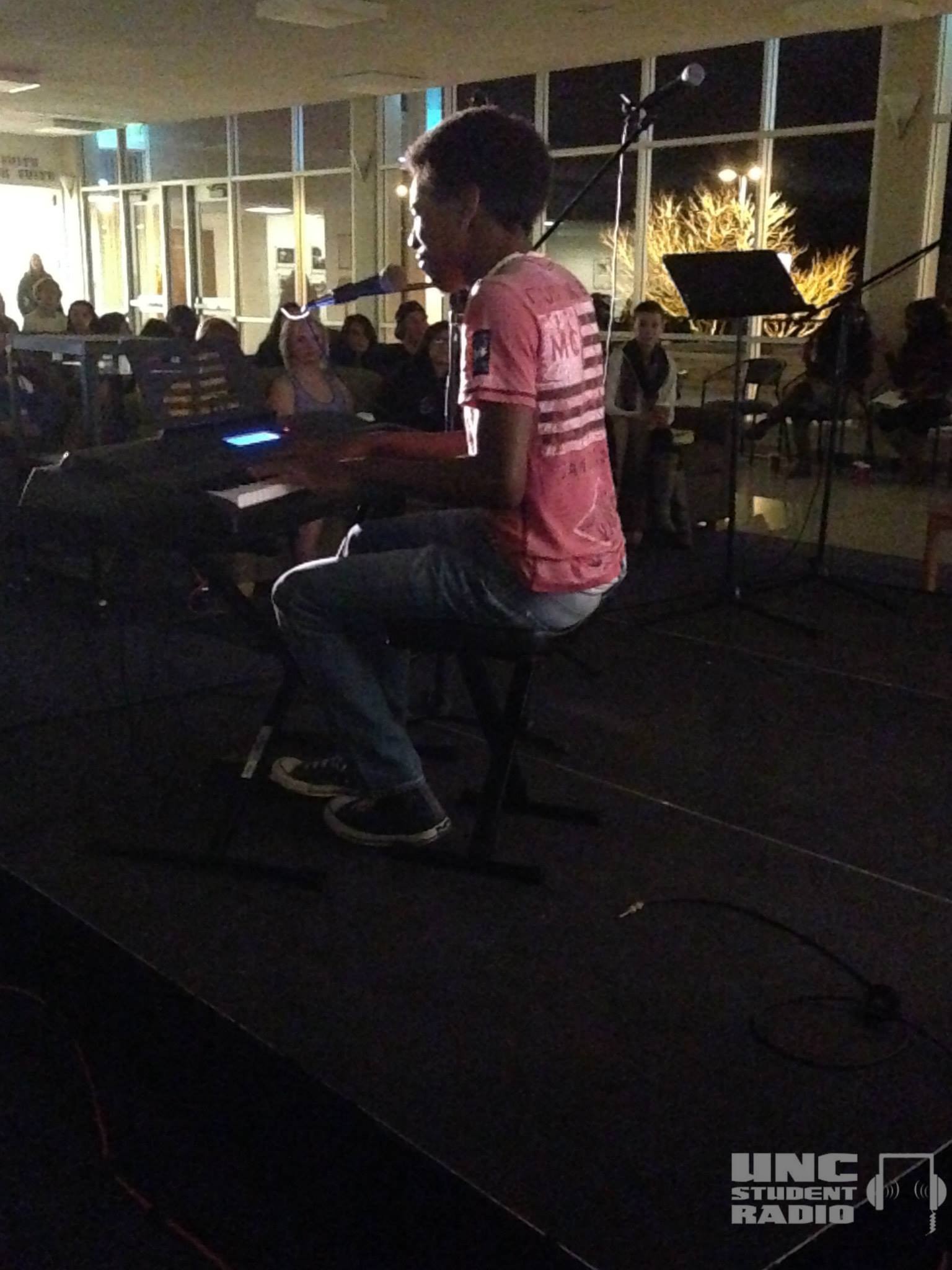 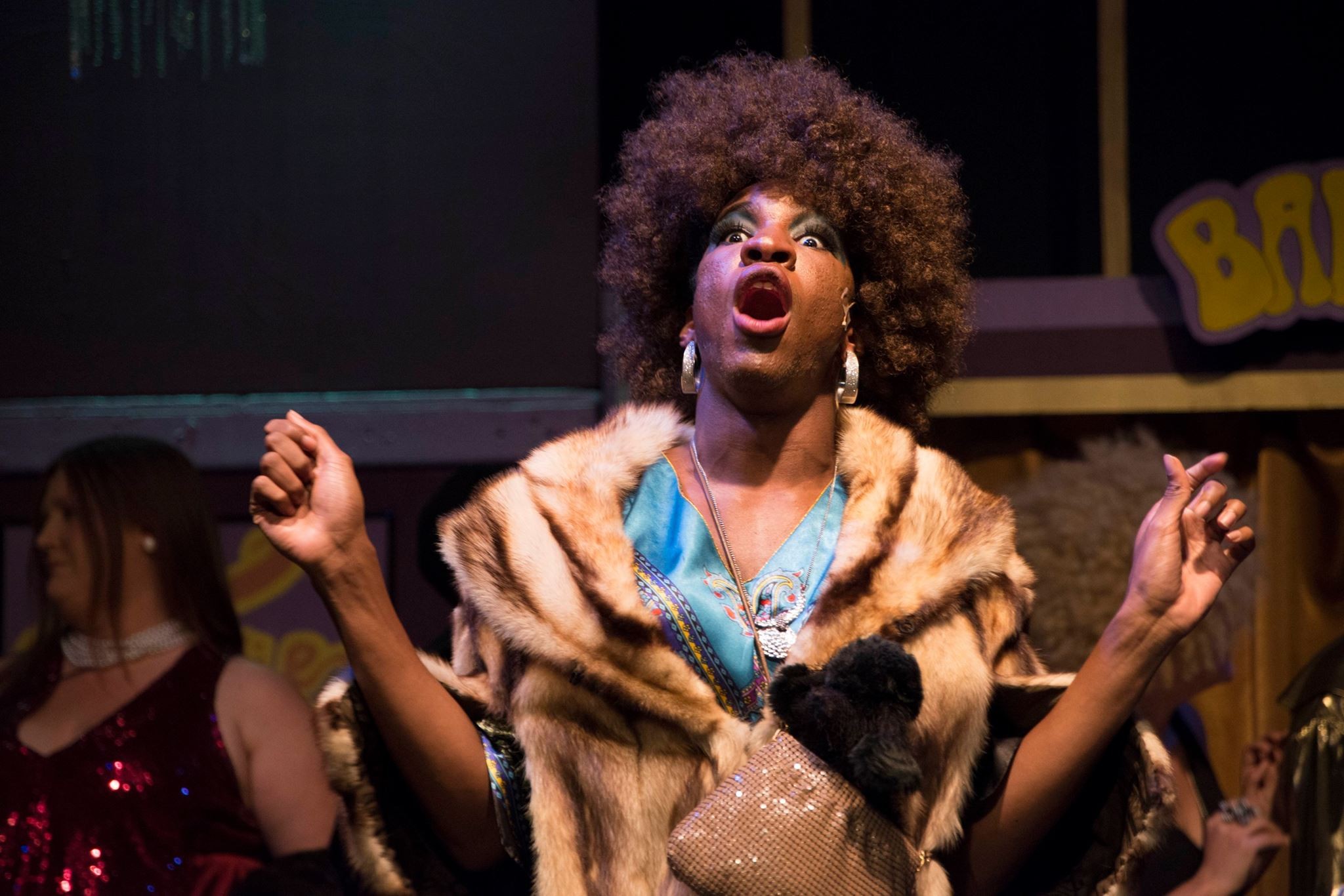 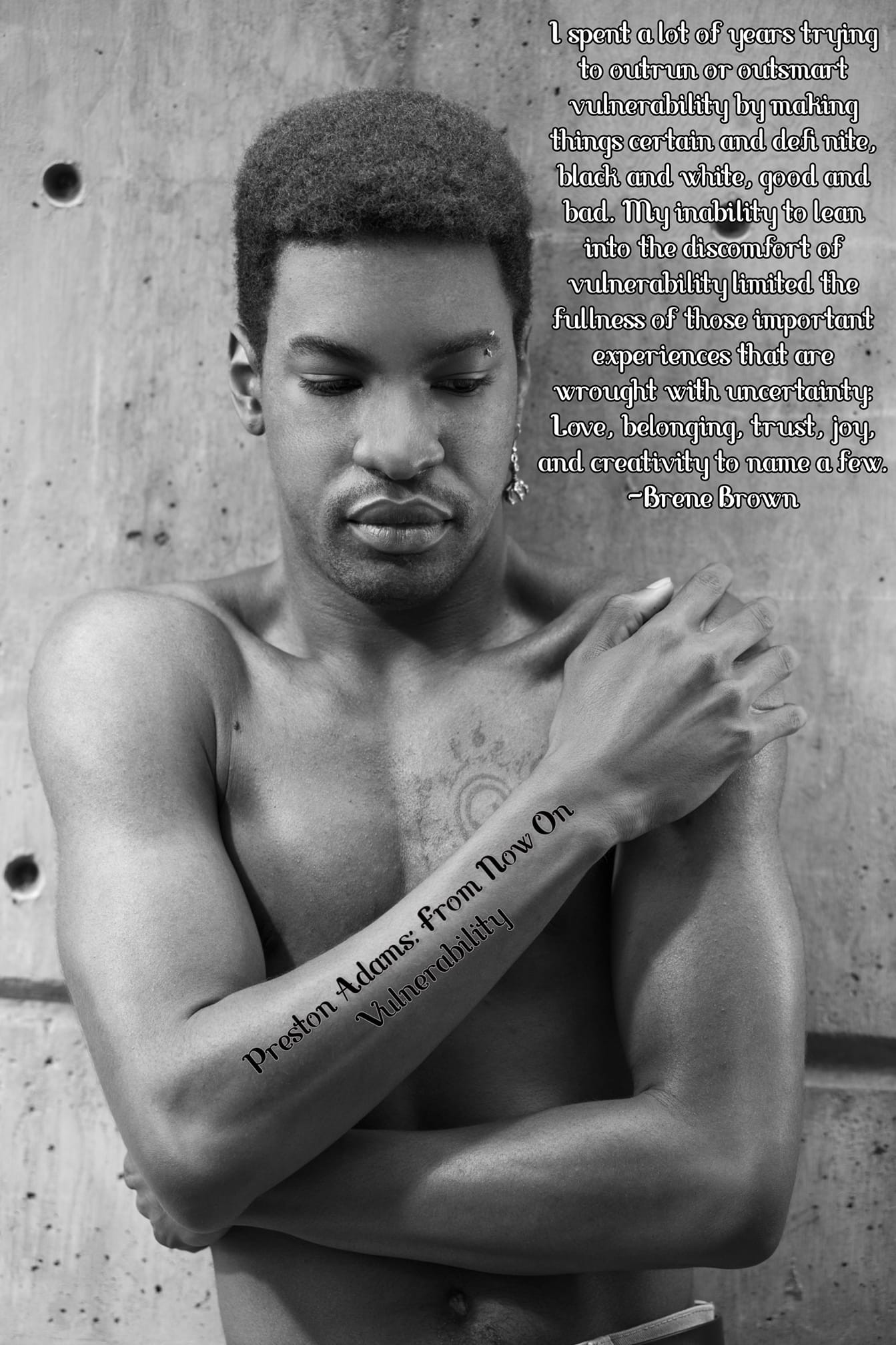 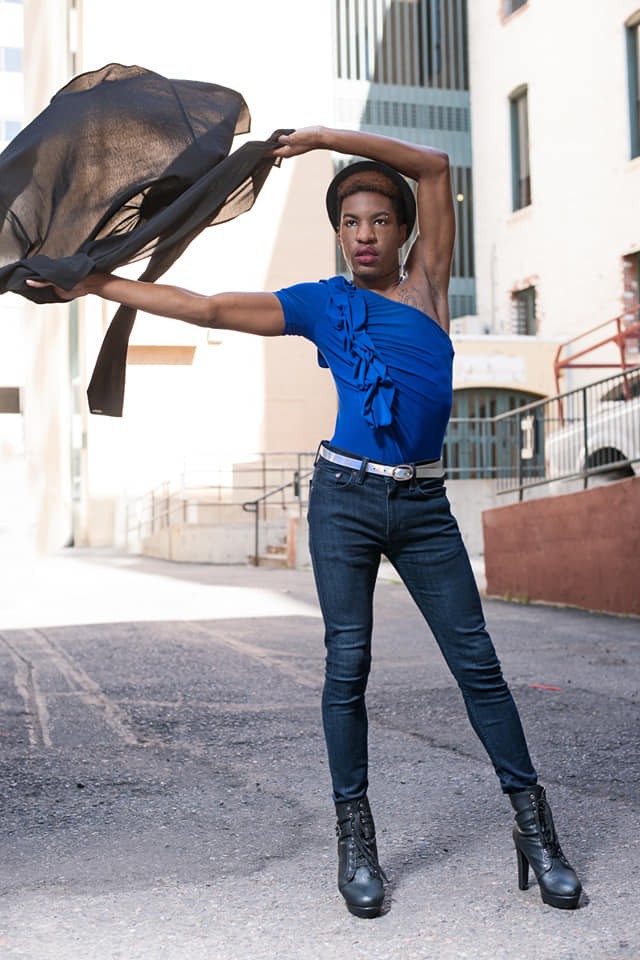 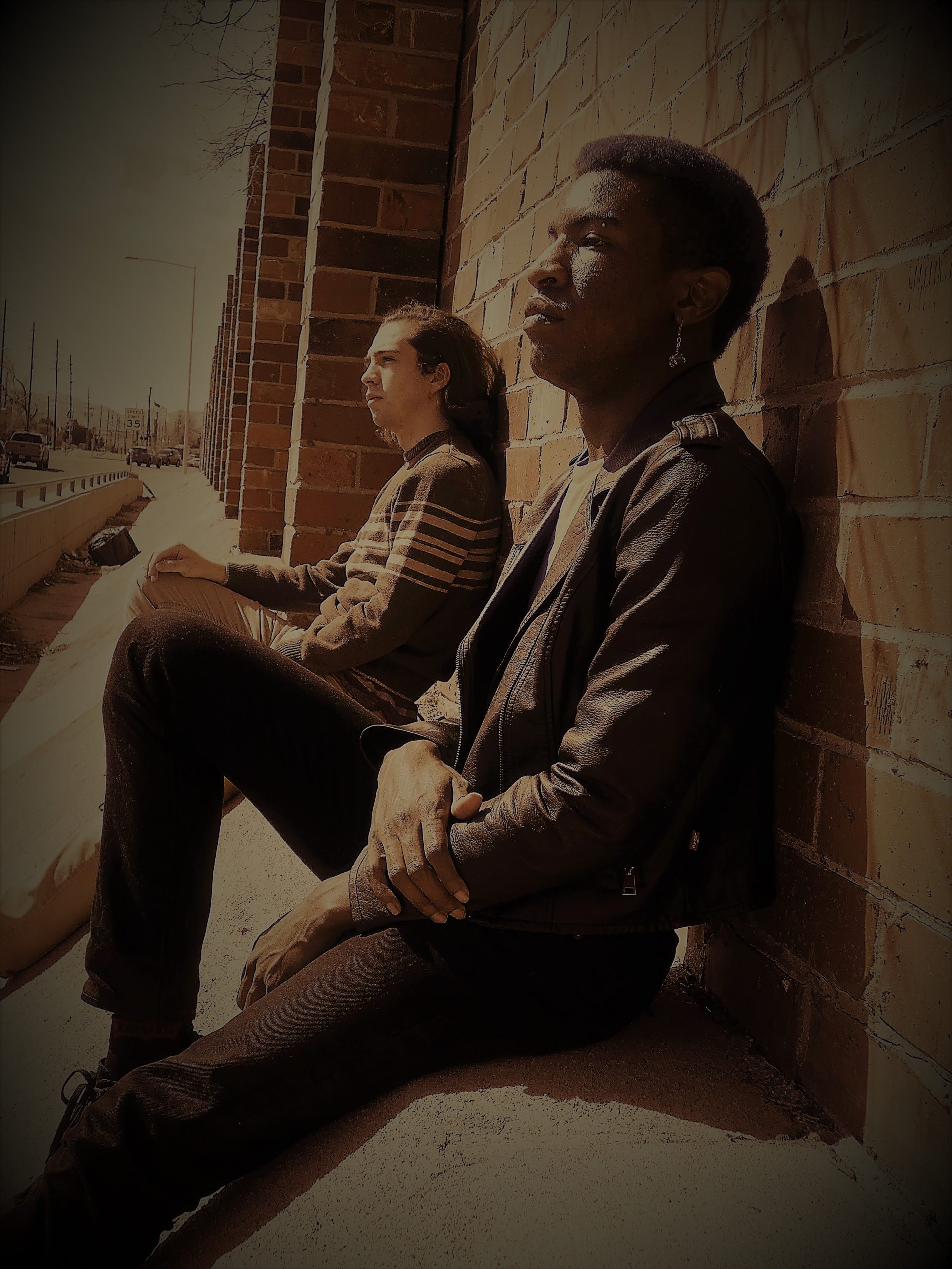