Meet Bryan Wagstaff of Reason to Rhyme Music in Boulder 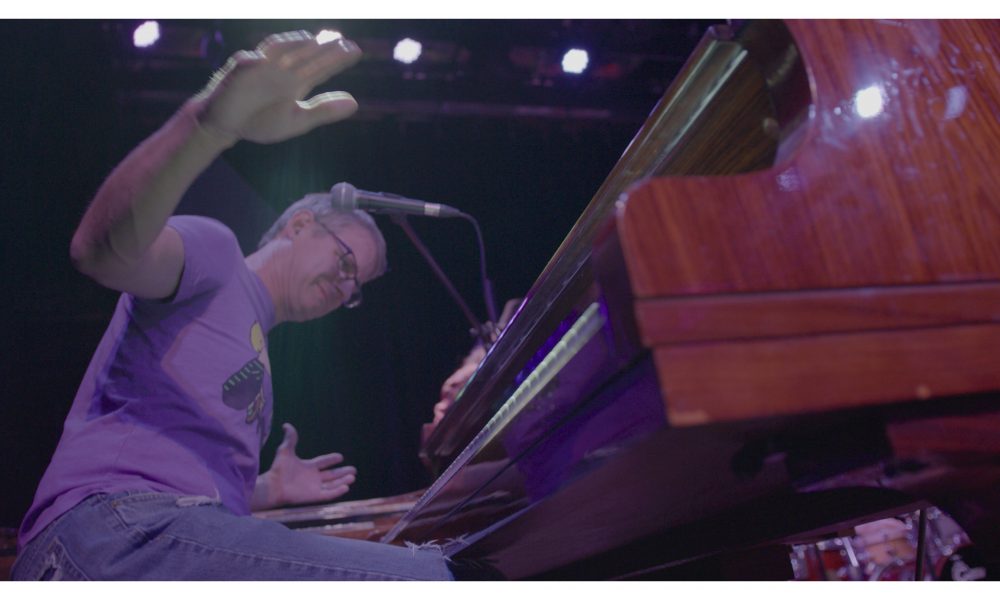 Today we’d like to introduce you to Bryan Wagstaff.

Bryan, please share your story with us. How did you get to where you are today?
I was born in Hartford, Connecticut, on July 1, 1971, but my family moved to Maine shortly thereafter, where I was raised. At four years old, my life in music began. I studied classical piano until I graduated from high school in 1989. I played the incredible works of Bach, Brahms, Beethoven and Rachmaninoff, to name only a few. My piano teacher, Sandy Palmquist, was brilliant and taught me amazing things. After graduating high school, I attended the University of Southern California, majoring in theater with a minor in Spanish.

In 1993, I met Reid Miller. We were both in the same fraternity and instantly became good friends and jammed together all the time. Later that year, we formed a band called “Jonas” and, oddly enough, I initially played lead guitar in the band as well as on our first demo. Eventually, however, I found those arduous years of piano training paying off, as I was able to translate my newfound rock influence on the guitar over to the piano. During my journey, I met Bob Fraioli, an incredible jazz piano prodigy who introduced me to the teachings of jazz. The combination of classical piano and jazz improvisation provides me with an interesting blend of musical character.

I own a music production company called Reason to Rhyme Music. This company came about during our years writing music in our band Jonas. Our core writing team consists of myself, Reid Miller and Jeremy Pollack. We have had several of our songs placed in the marketplace and we continue to dedicate ourselves to the writing process to augment our current song library. I produce records. Some notable artists I have worked with are Jeff Brinkman and Andrea Gibson.

Devonshire Studios is where all the magic happens. This is our “creative laboratory.” When we finalize our formula, we bring the magic to Violet Recording to finalize our products in partnership with Chris Wright. Chris Wright and I have been both playing, creating and producing music together since 2004. Reason to Rhyme Music has grown into a mature music publishing company, a record label, an A&R firm and a national talent agency like none other. That’s because we are artist advocates. And we put artists first. And we’re proving it.

From our home base in Colorado – a land of young, raw mountain energy – we’ve been busy creating the ultimate venues for artists to fully realize their visions through every step of writing, recording and performance. We know that inspiration and ideas behind the world’s best music always come from the artists themselves. But the music industry has been built by favoring executives over the artists who create success. We are changing that.

In an industry where few artists are ever given true creative freedom, Reason to Rhyme Music was founded on the core principle that artistic freedom and independent choice are absolute givens for our artists. We believe music is magic – a universal language that positively changes lives. So it’s our job to lead the music industry in new directions by treating musicians like the magicians they are.

Has it been a smooth road?
My road has not been smooth per sey, perhaps because I enjoy living in the moment, not wishing to know where my footsteps will lead me. I enjoy taking “the road less traveled,” as Robert Frost so brilliantly penned. Along my journey, I struggled with the necessity to make money to support my family within the corporate world. It was incredibly challenging for me to put the necessary time into our music venture while at the same time having to put my time into a corporate job so I was able to help put food on the table.

Can you give our readers some background on your music?
I’ve always been an artist. People who meet me at first don’t understand that music is my first language. I grew up at age four literally reading music. My second language is Spanish, having immersed myself in Tuxtla Gutierrez, Chiapas six weeks every summer from when I was 13 years old until 18 years old. English is my third language. Because I am an artist first and foremost, I understand “my people.”

Anecdotally (within the world of film and fiction) we (artists) are divergents. We are mutants who carry the very special X gene. We have very special and benevolent powers that positively move people to an emotional space and place they have never experienced before. Therein lies an enormous responsibility. As Stan Lee penned in the comic book “Spider Man,” within the pages when he describes the moment Peter Parker engages with Uncle Ben – Uncle Ben says to Peter, “with great power comes great responsibility.”

In the movie “X-Men,” there exists a character named “Professor Charles.” Professor Charles sees the incredible talents and benevolent powers that exist within others. He is a Conductor of sorts. A Giver for certain. Professor Charles welcomes and helps his “students” to understand how special they are and that their powers are incredible and moving. His school is similar to the University from which Harry Potter graduated. I like to think of myself as a Conductor. What I specialize in is “seeing” the most prolific talent in the world. I am able to “see” this talent because I, too was born with the same gift.

As a “company” I am most proud of the fact that I am first and foremost an artist. I know what it means to be an artist. I know what artists struggle with and I know firsthand how they have been mistreated pursuing their passion while at the same time being completely misunderstood. Reason to Rhyme Music protects the artist. We are artist advocates first and foremost.

It is incredibly difficult to play an instrument. It takes years and years to achieve a competent level at the craft. It’s also difficult, once the craft has been developed, to display that talent in front of an audience. The same is true for a stand-up comedian. A thespian. A painter. A magician. A carpenter. A DJ. A poet. A potter. A shoemaker. A gardner. An ice sculptor. Etcetera.

An “artist” herein defined is not exclusive to a musician. That said, we are all the same with a similar set of prodigious skills resting outside of the “norm” to most people. Our competitive advantage is that we care about the artist. We favor the artist. And I am able to communicate with an artist because I am one. And I am able to speak their language on stage or in the studio – the language of music. And no one has the ability to communicate to artists like I do. Because I am able to join them on stage and be invited on their stage, with complete respect and lack of Ego.

Let’s touch on your thoughts about our city – what do you like the most and least?
Moving to Colorado in 2002 changed my life forever. Unfortunately, I don’t have anything negative to say about our cities. In Colorado, there exists a feng shui, unlike any place I have ever experienced. Relative to music, what’s best about our cities (and our state in general) is that The People love and appreciate what we do. Colorado has some of the best music venues on the planet with some of the most incredible, eclectic mix of music fans from all over the world who reside here. This is evident when looking at all of the major national and global artists that always include Colorado when scheduling their tour dates. 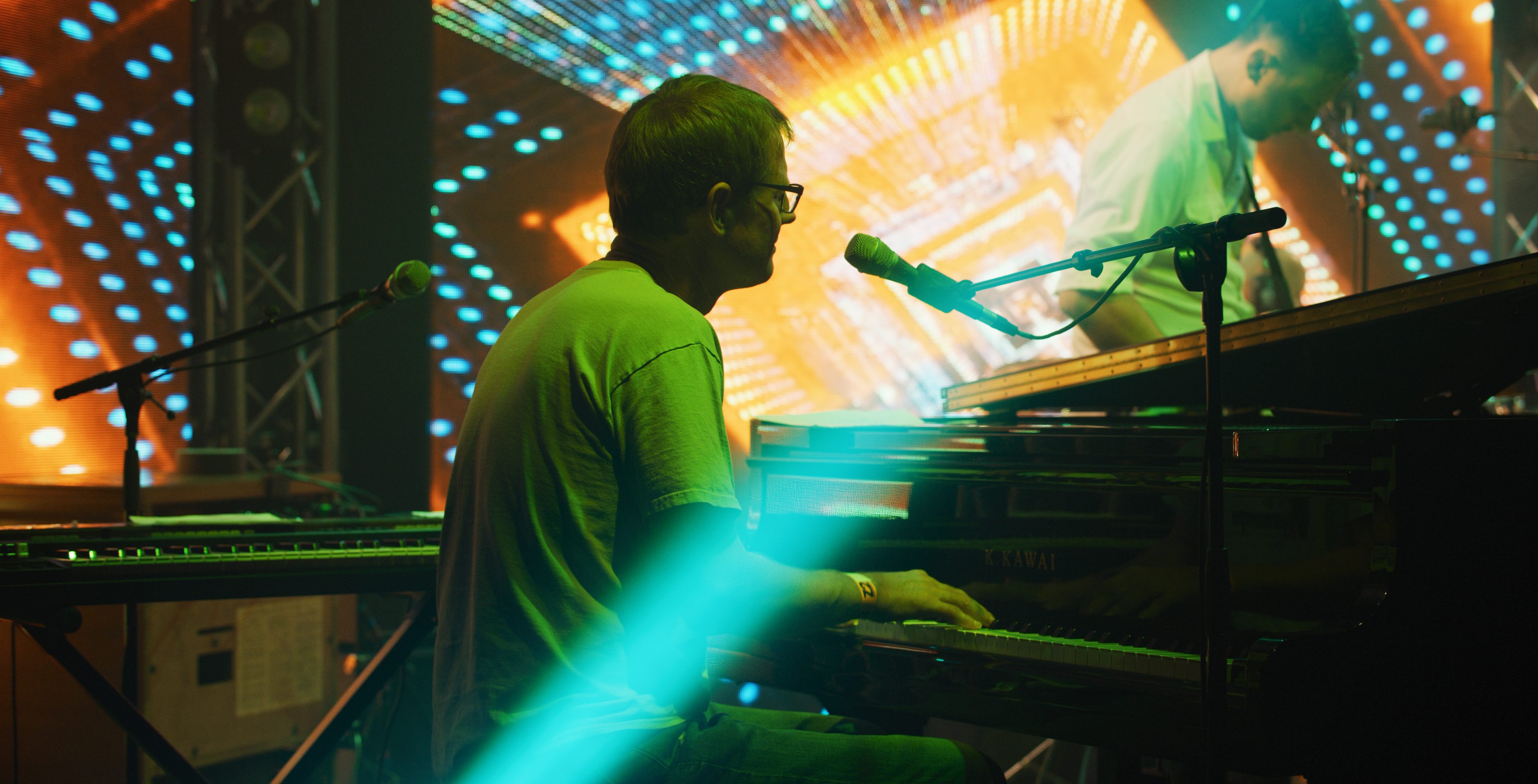 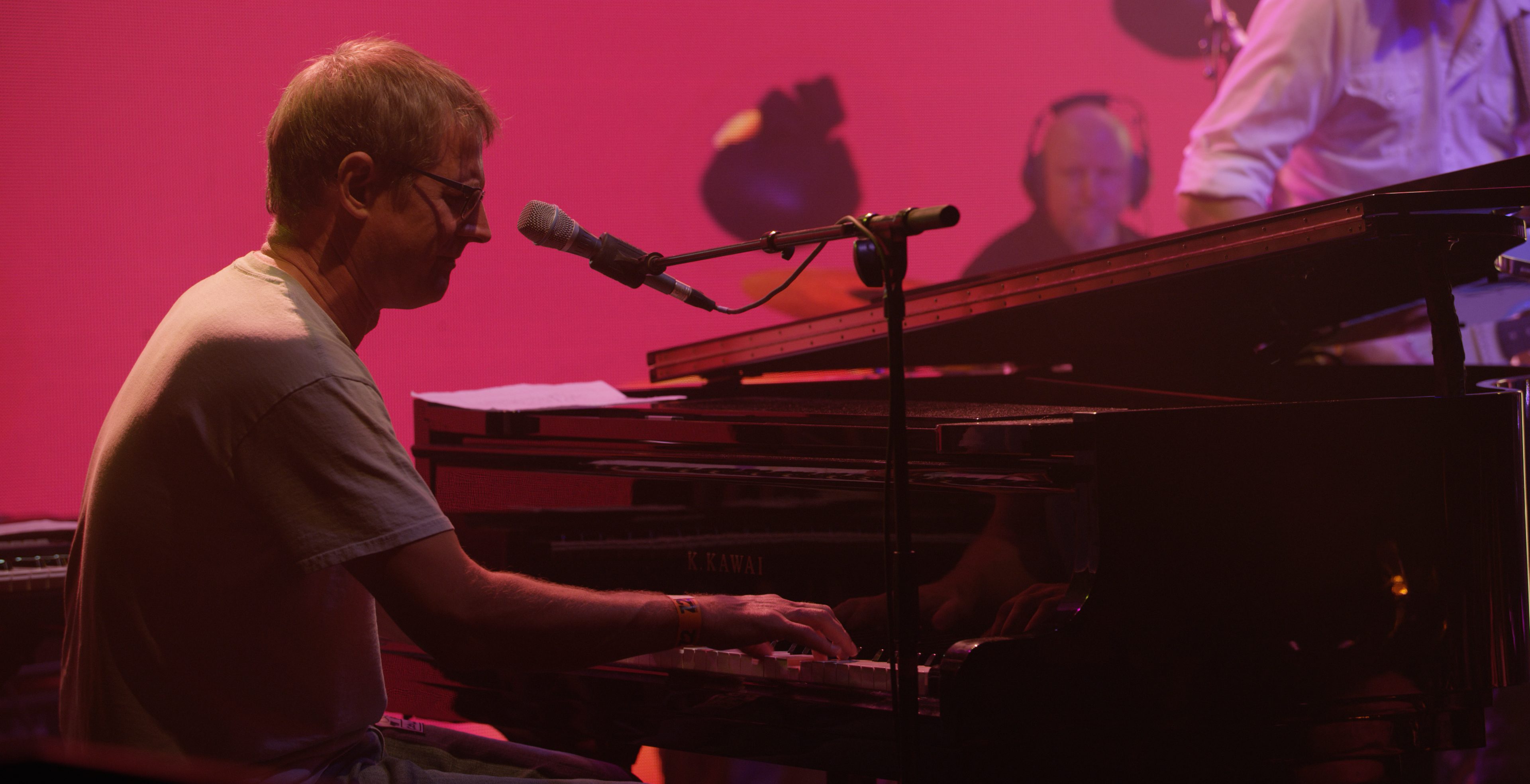 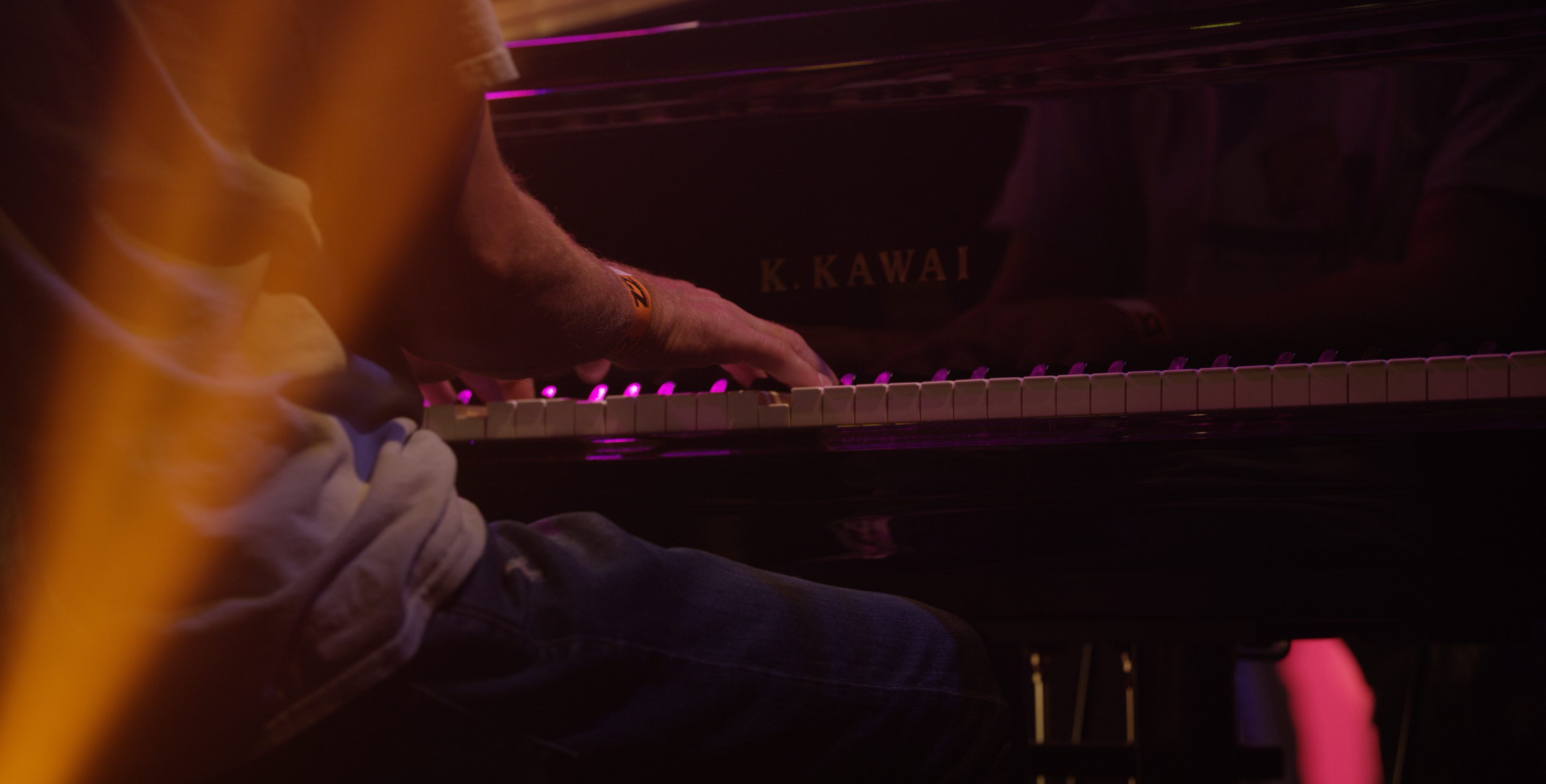 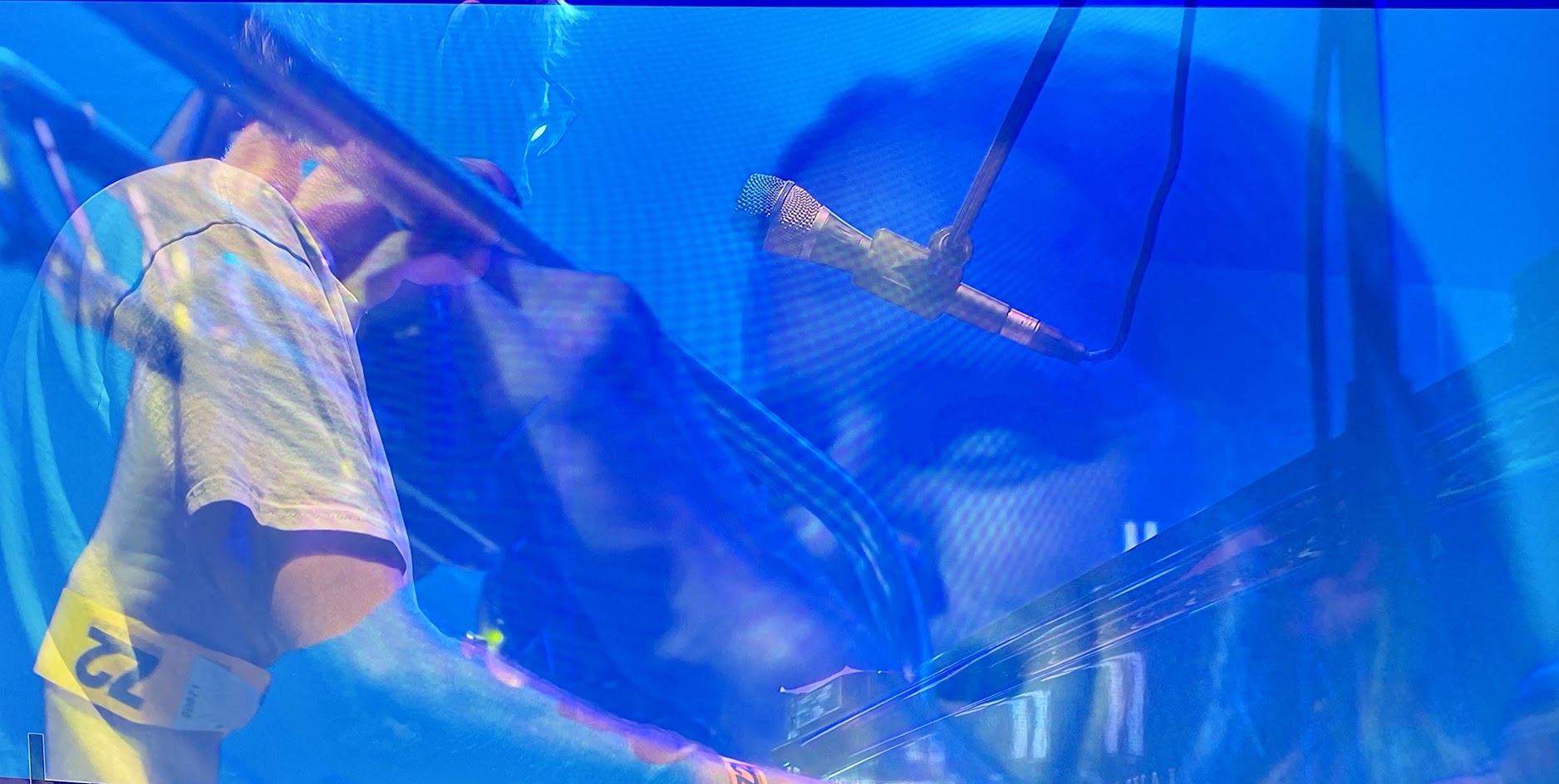 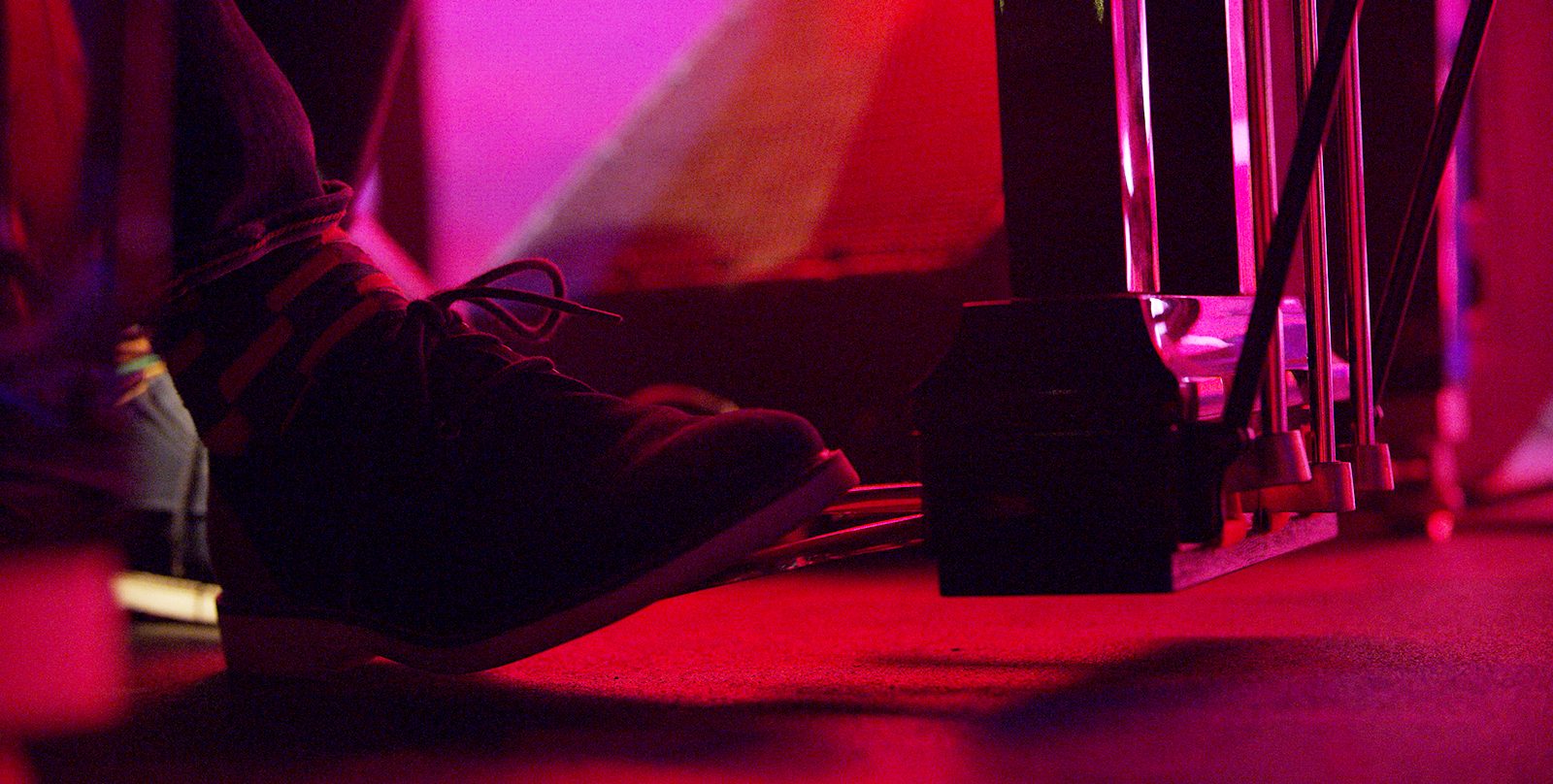