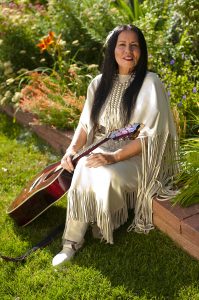 Today we’d like to introduce you to Rose Red Elk aka Red Feather Woman.

Rose, can you briefly walk us through your story – how you started and how you got to where you are today.
I was born on the Ft. Peck Assiniboine/Sioux reservation in Poplar, Montana. My father is Lakota- (Sioux) my mother is Nakota (Assiniboine). Later, my mother married a man from East Texas. We moved a lot and back and forth from Texas to our reservation throughout my life.

In Texas, I worked towards three different degrees in three different fields, business, electronics, and socialogy. My last degree was a BS from Texas A&M University in College Station, TX. By this time, I was divorced and have four children. I am in my mid-thirties. I wanted to leave Texas after graduation and go to law school at CU Boulder, Colorado. I had visited there many times attending leadership conferences in Colorado Springs.

After moving from College Station to Louisville, Colorado, I had an awakening to my true path that led me to what I was meant to do on my earth walk. I was an artist in many different areas. Through spiritual intervention, I gained the courage to leave corporate America behind and pursue the arts.

This all took place in 1997. I became an independent artist.

As a writer, I write all of my music and scripts for my CD’s. I have three total and one short storybook. I had a wonderful opportunity to work with the Dept of Interior on a project for financial literacy, I wrote six stories and they converted them into a comic series “Empowerment Saga”.

I have toured across the seas, Malta, Turkey and Pakistan, an incredible experience. I taught thousands of men, woman and children, the song “Keepers of the Earth”. We also did a social round dance. My USA tours are scattered throughout rural America and Universities and public/private schools. A highlight of my career was opening at Red Rocks in Morrison, CO 2012 for a John Denver Tribute Band.

Another one of my mediums is fine art dream catchers. I use semi-precious stones, silver, gold all weaved into beautiful pieces of art.

Throughout the years, I have developed workshops on storytelling, dream catcher classes, as well as a Stress Management using Native American medicines and Meditations.”

During this 21st century, and with COVID, it appears I have to reinvent my work to fit the needs of the public, going online, through visual podcast. I want to explore film and more television as a writer.

Great, so let’s dig a little deeper into the story – has it been an easy path overall and if not, what were the challenges you’ve had to overcome?
What do they say “you have to pay your dues” in this business. My first demo costed me over 20k, and I ended up firing the producer and lost a year and a half of recorded work and had to start all over again. I had more spiritual intervention to help me overcome and continue.

Synchronicity came into play. I was fortunate enough to have a very good gig come up out of state that gave me enough seed money to find another recording studio and ended up with a wonderful producer as well…

My sound engineer later asked to produce me after seeing me perform live. His name is Doug Haywood. He is a veteran professional out of LA and an original band member for Jackson Browne-1972-1992. He is a world-class musician, playing with many of my favorites musicians from the 1970’s era. He also believed in my messages through oral storytelling and my folk music.

Doug produced two of my three CD’s. My last one was in 2014, “Keepers of the Dreams” which won Best Folk Recording at the Native American Music Wards, my second win produced by Tom Wassinger 2 time Grammy producer for Silver Wave Records.

Please tell us about Red Elk Enterprises.
My business is a must media production performance. I’m known for many things, including Native American oral storytelling/ singing and songwriting, as well as author. Our mission is to educate, enlighten, and enrich my audiences with Native American culture. I blend the old with the new.

Currently, I’m creating and producing online podcast for my performance and workshops.

Do you look back particularly fondly on any memories from childhood?
My favorite memory from childhood, Performing at our 4th grade Christmas play. Originally I was picked out for a big sunflower, just sitting in a garden. In a few days, I was asked if I wanted to be the ballerina on a music box? Then they wanted me dancing. So I had to learn from a friend who took ballet to dance a short routine. My first time on a stage with a captive audience. I was ten. 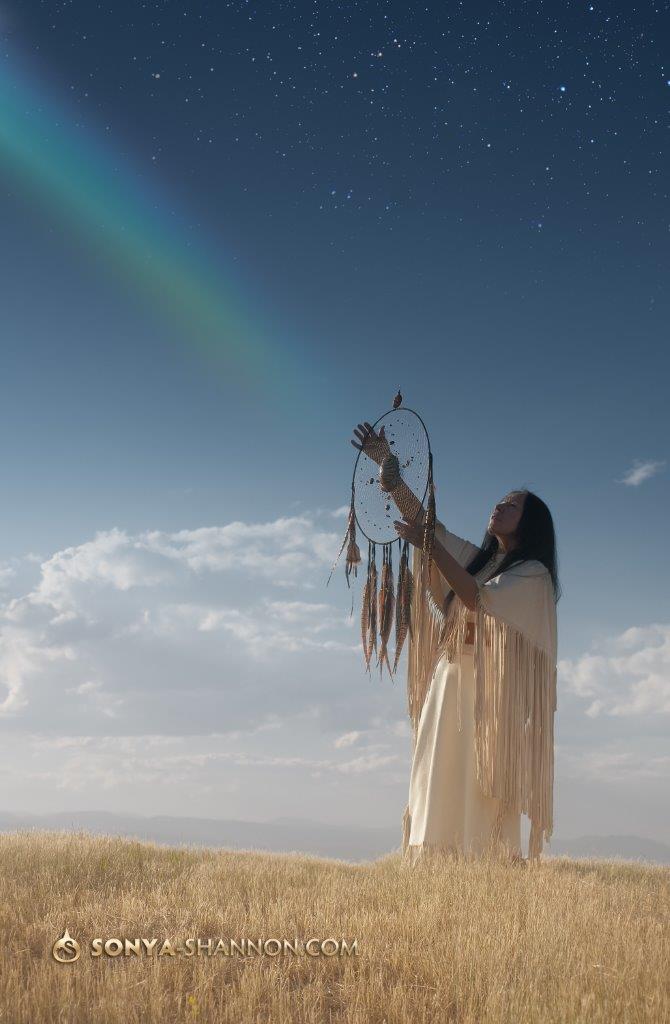