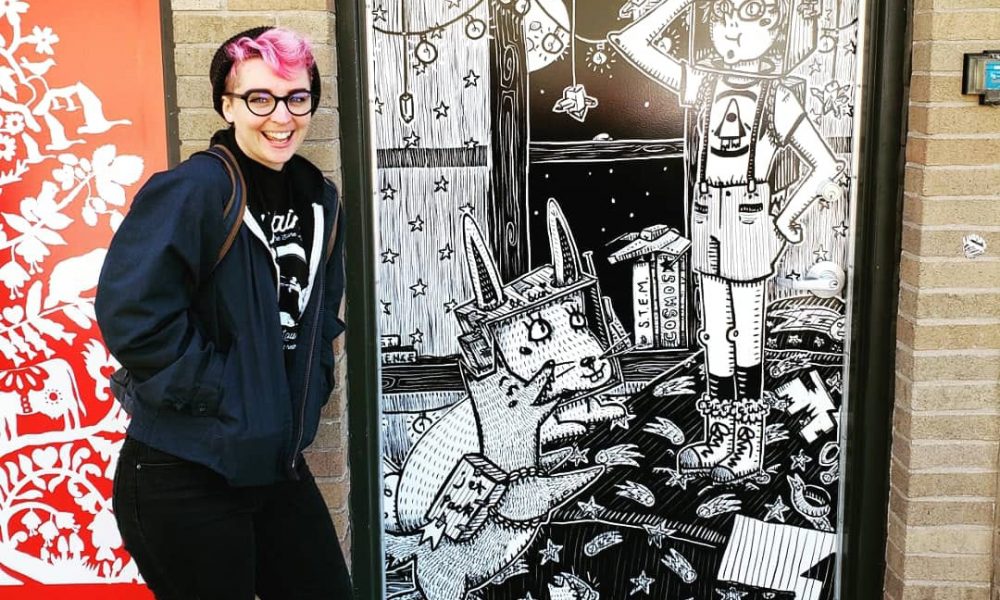 Today we’d like to introduce you to T.L. Luke.

So, before we jump into specific questions about your art, why don’t you give us some details about you and your story.
Absolutely! So, I’ve been a comic book, video game, and cartoon enthusiast since I was a kid. Many of my first drawings were what we now call “fan art” of my favorite characters, like Sailor Moon and Legend of Dragoon (I’ll be amazed if someone recognizes that game title!). An early obsession of mine was the idea of world-building and creating make-believe narratives, often about elven girls with magical powers. After all, I was an only child who literally lived in a forest in southeast Wisconsin, wandering the wilderness alone as a latchkey kid to a single mother; needless to say, it was really easy to imagine fantastical worlds in that kind of environment.

After I graduated high school, I left my forest and went to the University of Wisconsin-Whitewater to pursue a Bachelor of Fine Arts degree (which, for context, is a school with very rich and spooky folklore involving witches being buried upright under the dorms and other hauntings, inspired by the centralized graveyard that the university was built around). After experimenting in all sorts of mediums, I finally landed in painting. And while I was a pretty good oil painter, boy-oh-boy was I heavily encouraged to NOT have my work be illustrative. If something looked “illustrative” in the fine arts field, it meant you needed to scrap the idea and figure out a way to make it more conceptual (i.e. less obvious).

When I finally graduated, I wasn’t feeling the same explosive joy in art-making as I did when I was younger. I had been told for five years that Narrative Art was not Real Art. So, I got a job at the Madison Museum of Contemporary Art in Madison, WI (where I’m still based today) and, after working my way up the ranks, was hired as their Exhibitions Manager. This was essentially a fancy title that meant I was an in-house artist assistant for the incoming exhibition artists and the personal liaison between artist and museum staff. Since I spoke “Real Art” now, this job was pretty incredible and would eventually be one of my first networking resources years later.

Anyway, after almost three years of working for other artists, I was feeling the urge to make my own art again, and I knew I wouldn’t be able to do that if I continued to work at the museum. I quit my on-paper “dream job” and picked up a job working for the State Government–the total opposite of anything art related. It allowed me to leave work at work and come home and try painting again. Unsurprisingly, painting still wasn’t feeling right, even after almost five years out of school. So, I thought to myself, “When was I my most creative?”

The forest came to mind; my illustrations of fantasy worlds. My comic and graphic novel collection had continued to grow over all those years doing fine arts and working for a fine art museum. That passion had never changed. Why was I trying to fit a mold that was never designed for me? It was with this realization that I ended up saving some money, quitting my State job with all its benefits, and take a little sabbatical for myself to make the art I’ve always wanted to do in a mostly isolated setting–just like when I was a kid–and start my own illustration business.

I took three months off, experimenting with my drawing style, deciding what medium worked best for me (traditional or digital), and battling with every illustrator’s first mistake: making art that we THINK people will like and want to purchase instead of making art that WE really like. It wasn’t clicking and I hadn’t started my business like I had hoped, so I ended up taking a part-time barista gig while I continued to work my ass off on my own time.

That’s when it totally clicked. I stopped exhausting myself with making art that I thought would sell, which wasn’t something I would normally draw and started a series called Girls & Beasts. It’s a collection of illustrations of lone girls adventuring in nature, alone, with their often larger-than-life animal companions. Each illustration is whimsical with an equal dose of darkness, reminiscent of Edward Gorey, Over the Garden Wall, and any children’s book by Amélie Fléchais. It was my story. It was my childhood experience. Each illustration was like one scene in a much larger narrative, which ended up catching people’s attention and is still one of the things fans, customers, and clients speculate with me to this day–“what comes next?”

That series resulted in a sudden boom of commissions from people who felt the same dark whimsy as I was so passionate about–so much so, I had to quit my part-time job to keep up! And that was actually a year ago today!

Since then, my business has now expanded to being about 70% commissions and client work (including doing illustrations for graphic designers like Gold Spark Design/Amy Park in LoHi, Denver!) and 30% original work. Ideally, I’d like to adjust that balance back to 50/50 so I can continue to expand my store and start writing my own children’s book and comic series. Maybe that will be a late 2020/early 2021 goal!

So, LONG story short, I started out the same way that I’ve ended up, a kid-at-heart interested in sharing all of the fantastical stories I have swirling around in my head.

We’re always bombarded by how great it is to pursue your passion, etc – but we’ve spoken with enough people to know that it’s not always easy. Overall, would you say things have been easy for you?
Two words: Imposter Syndrome. I think for everyone, but especially women, it’s so hard to take a risk and put yourself out there without feeling like a fraud most of the time. Sometimes I’ll post art that I worked really hard on and not get the same explosive response as an illustration that took me less than an hour to draw up. Sometimes there will be slow months where no one is interested in getting original art for themselves, and I’ll enter panic mode of “Oh man, maybe I just got really lucky up until this point and people are realizing my work isn’t as good as they thought it was…” and then I’ll get ten commissions in one week.

If it were a smooth road along the way, I probably would be going the wrong direction. Sharing yourself with the world isn’t meant to be easy; that’s why it’s so rewarding when someone sees you and accepts you for who you are.

We’d love to hear more about your art.
I’m an independent, freelance illustrator and owner of T.L. Luke Art. I specialize in illustrating people in complex environments, essentially creating a narrative scene, which also tends to be the type of piece that is commissioned most. My business, both in terms of commissions and selling original prints in my store or at markets, prides itself on affordability and quick turnarounds.

Art can be really intimidating and believed to be something only old rich people can afford (no offense), but it’s always been one of my executive decisions to make my art prints affordable for students and young people who want to put art on their walls but can only spare $5 to $30. It’s also important to me, when it comes to the apparel that I sell, that every body type is represented. My inclusivity tends to set me apart from some of my competitors and that isn’t so much a “business strategy” as much as I simply care about my customers. They have been supported me through thick and thin, so giving them the option to find a dang shirt that’s their size is literally the least I can do.

Another thing that I have a lot of pride in is my communication. I respond quickly to emails and encourage clients to speak openly with me if they have any questions or concerns. There are no stupid questions. I think of every commission as a collaboration, and I want to make sure my client is getting exactly what they’ve been imagining in an environment that they feel safe and comfortable sharing with me. Commissioning someone involves a lot of trusts and I do not take that lightly.

What were you like growing up?
Growing up, I lived in an area where my mum and I were the only full-time residents while the rest of the houses were summer-houses for Illinois folks. So, I was a super ballsy kid in an essentially abandoned neighborhood, where I would play on other families’ swings and playgrounds during the week since the houses would only fill up during the weekends. Because of that, I didn’t really grow up with other kids (just occasionally seeing pretty privileged kids once a week who did not care about my insane imaginary games) until I went to public school, where I was equal parts the hyper girl with friends and shy-kid in class. That completely changed when I got into high school, where I was mostly loud and voted “Most Original” and “Most Changed” in my senior year. Ha! 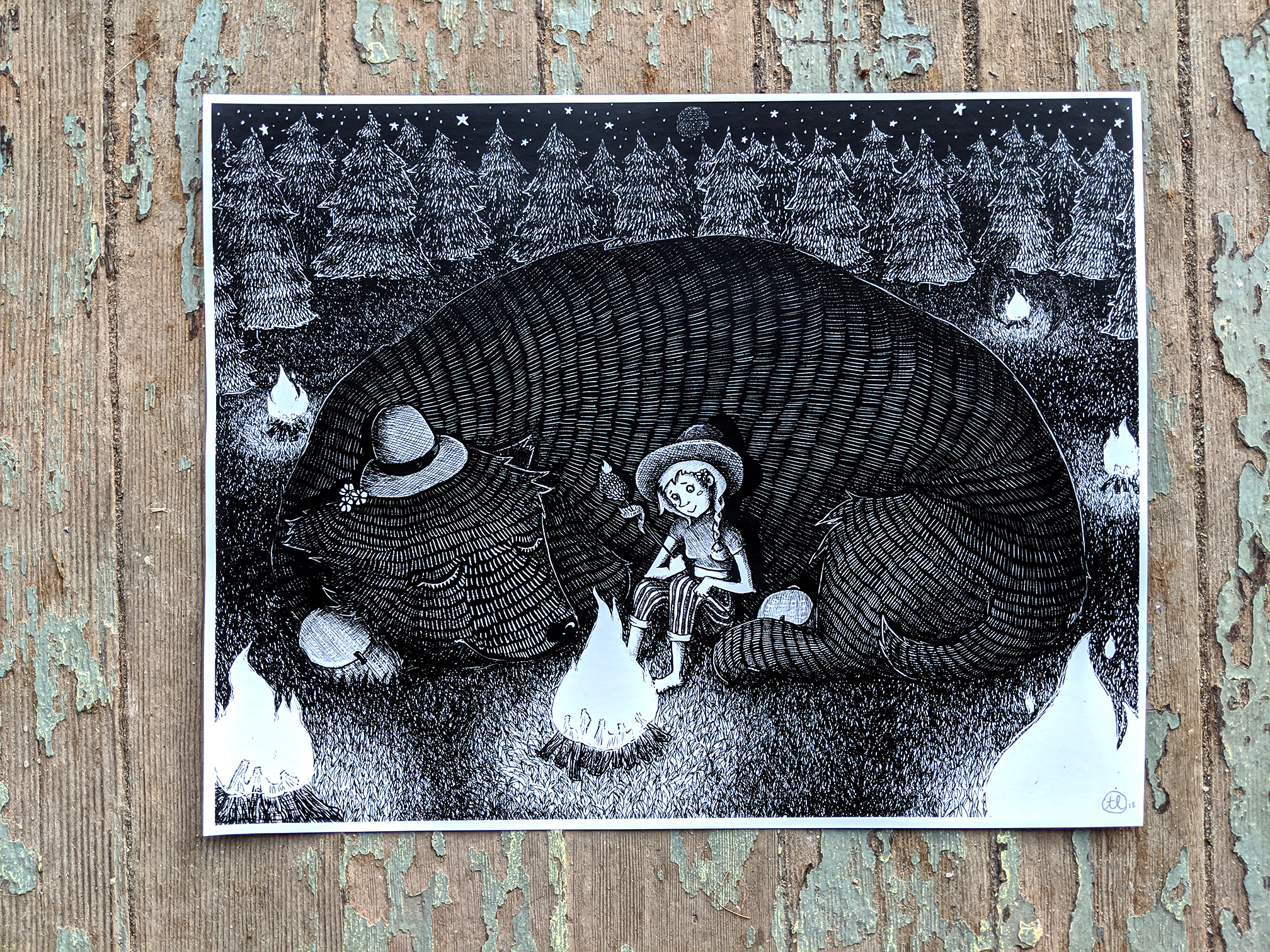 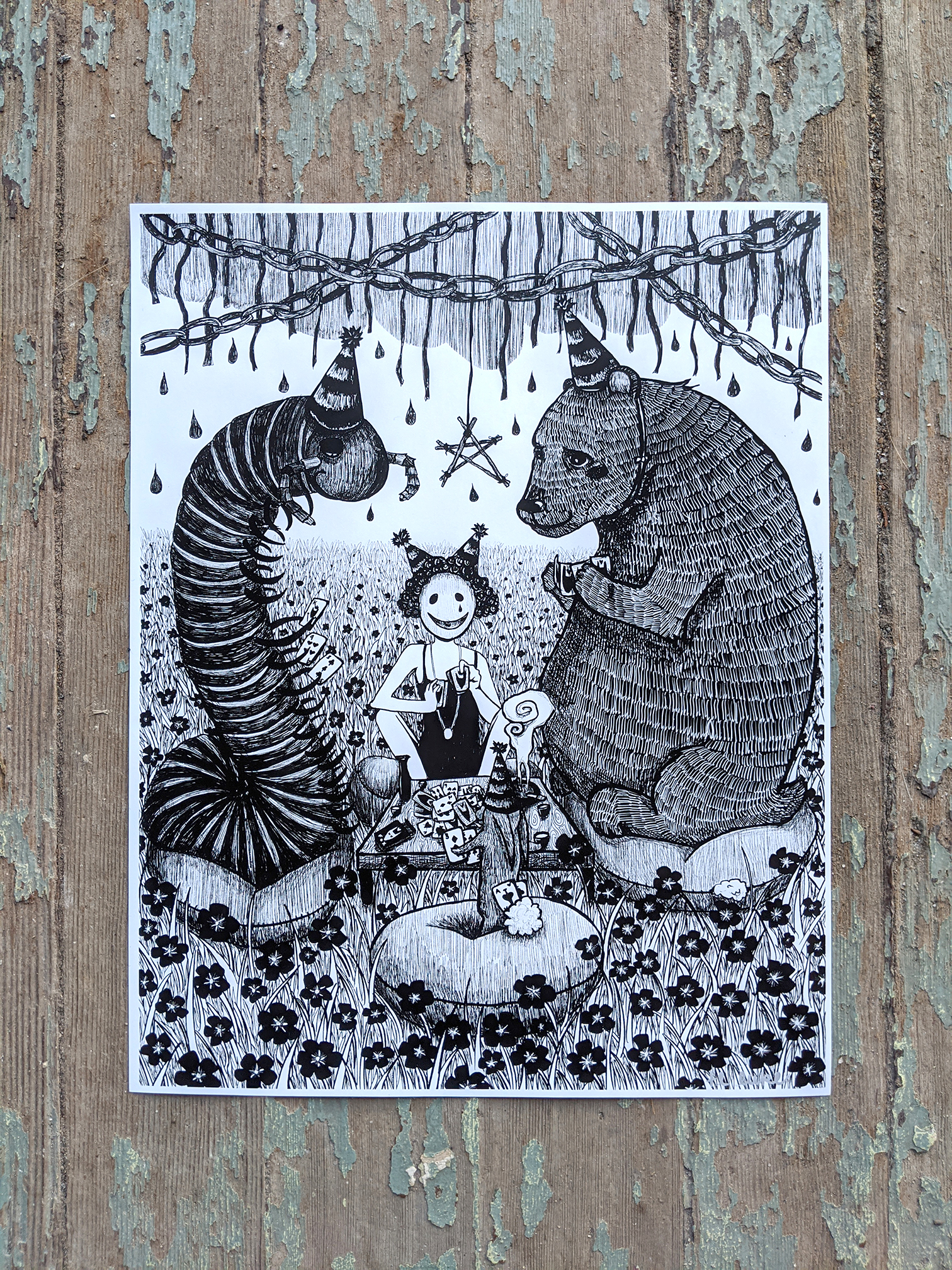 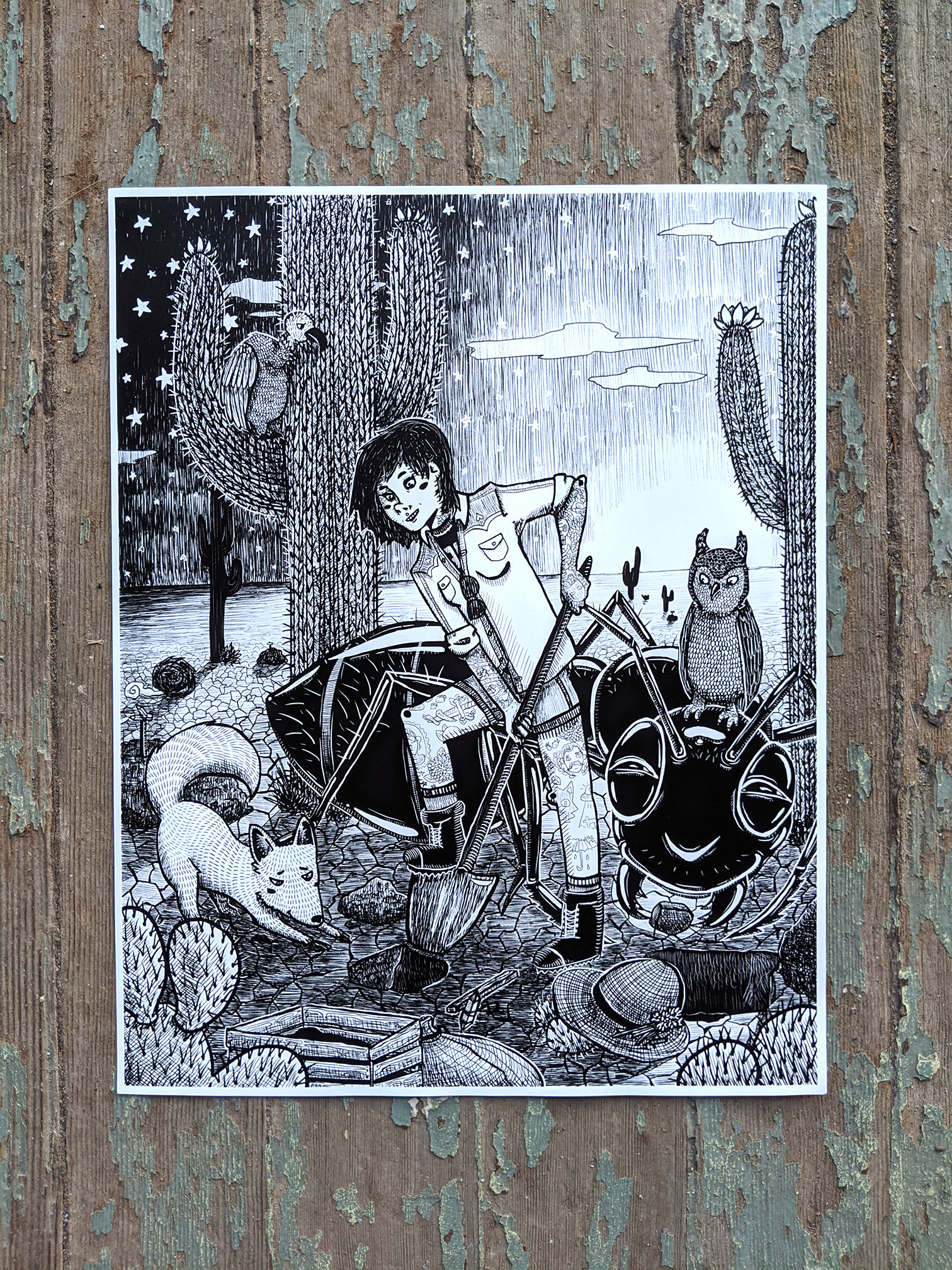 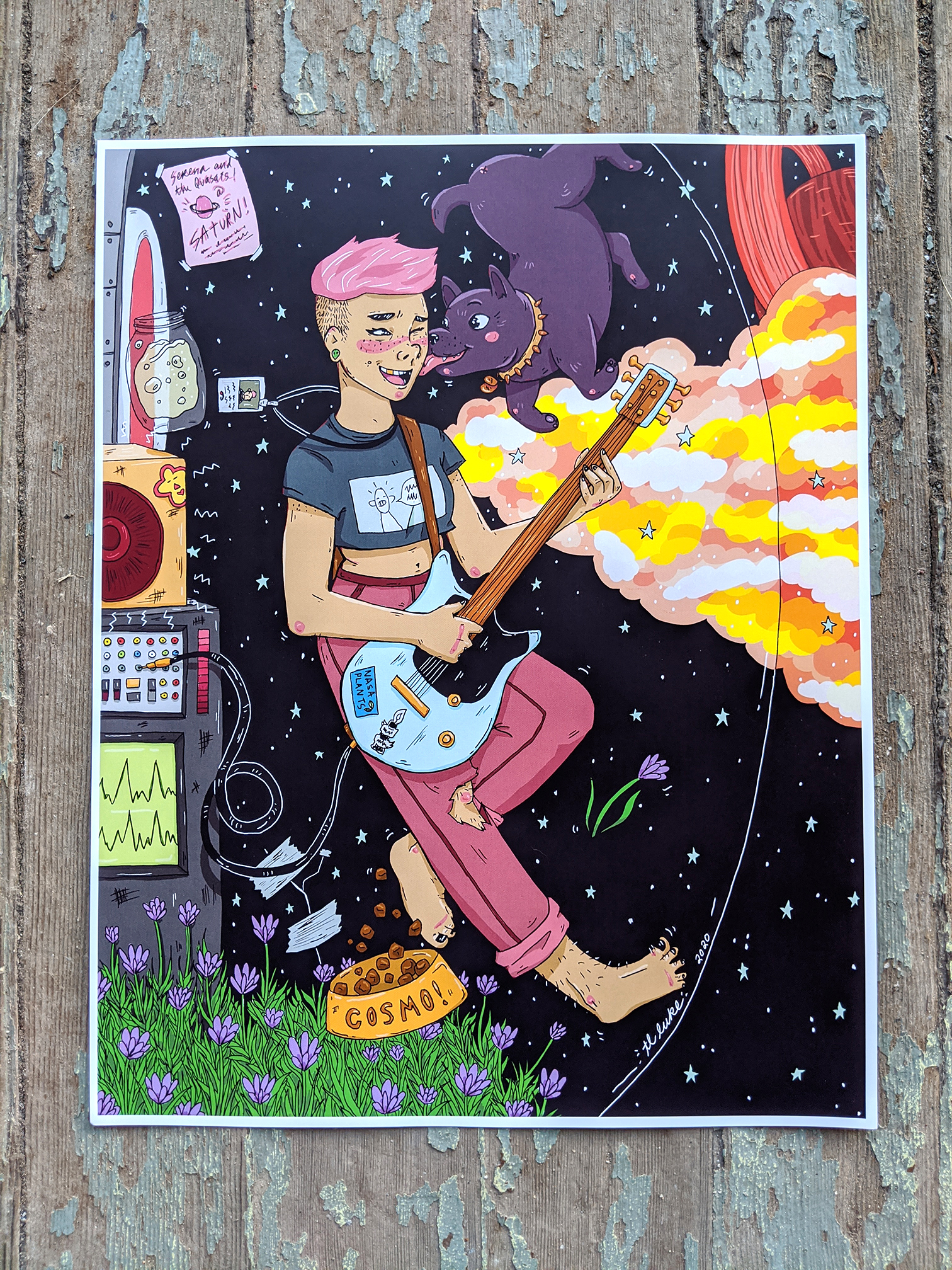 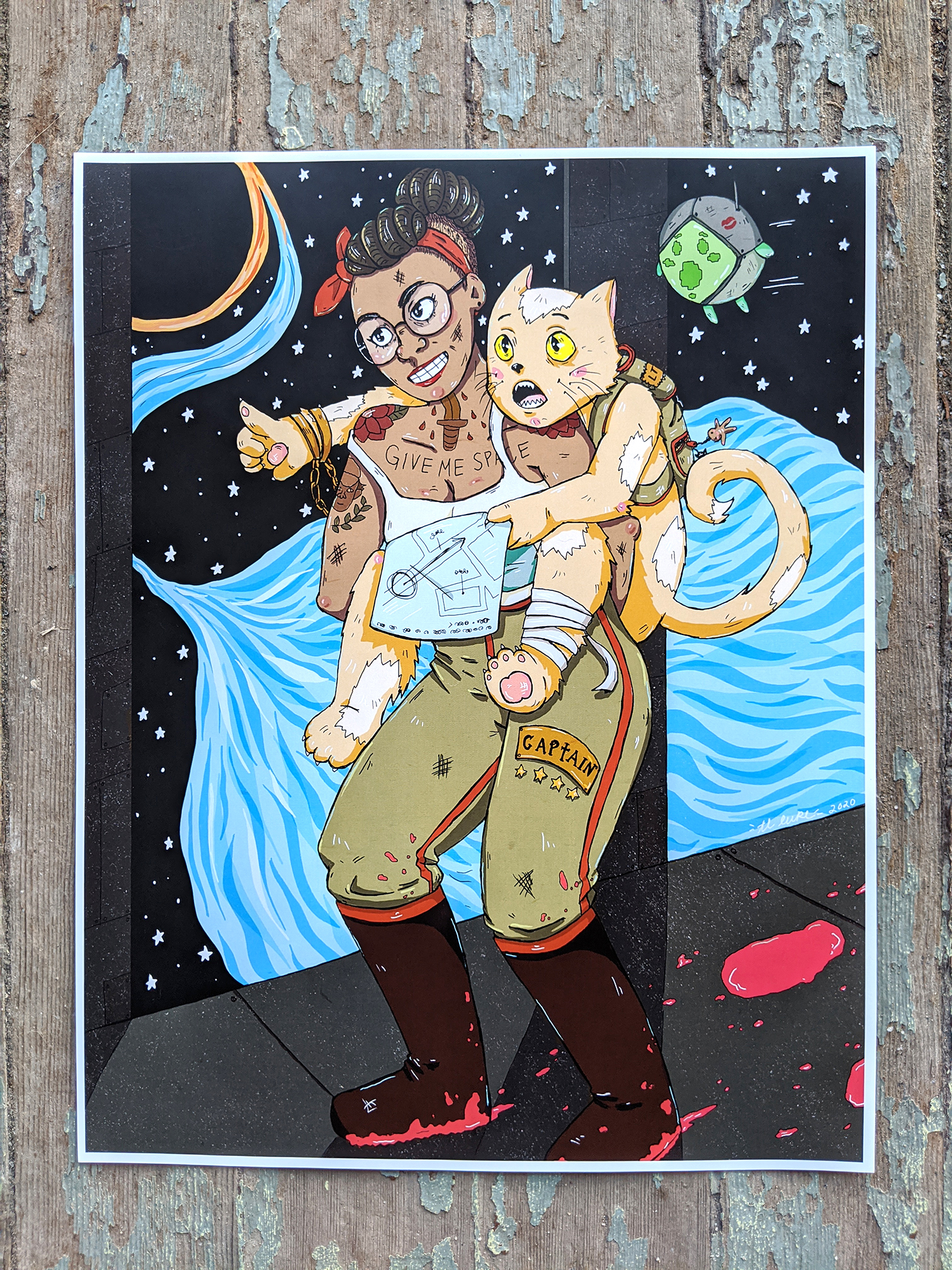 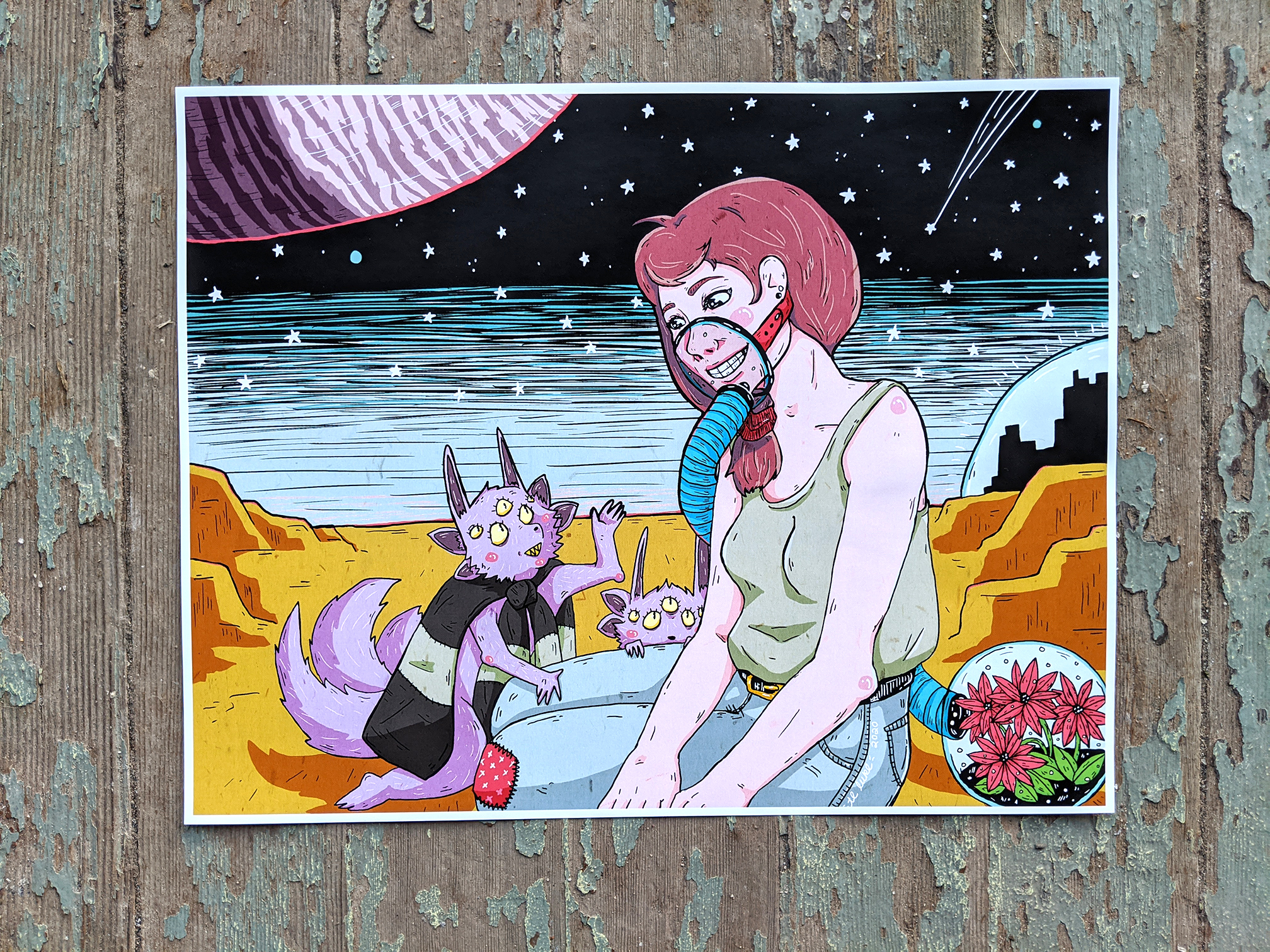 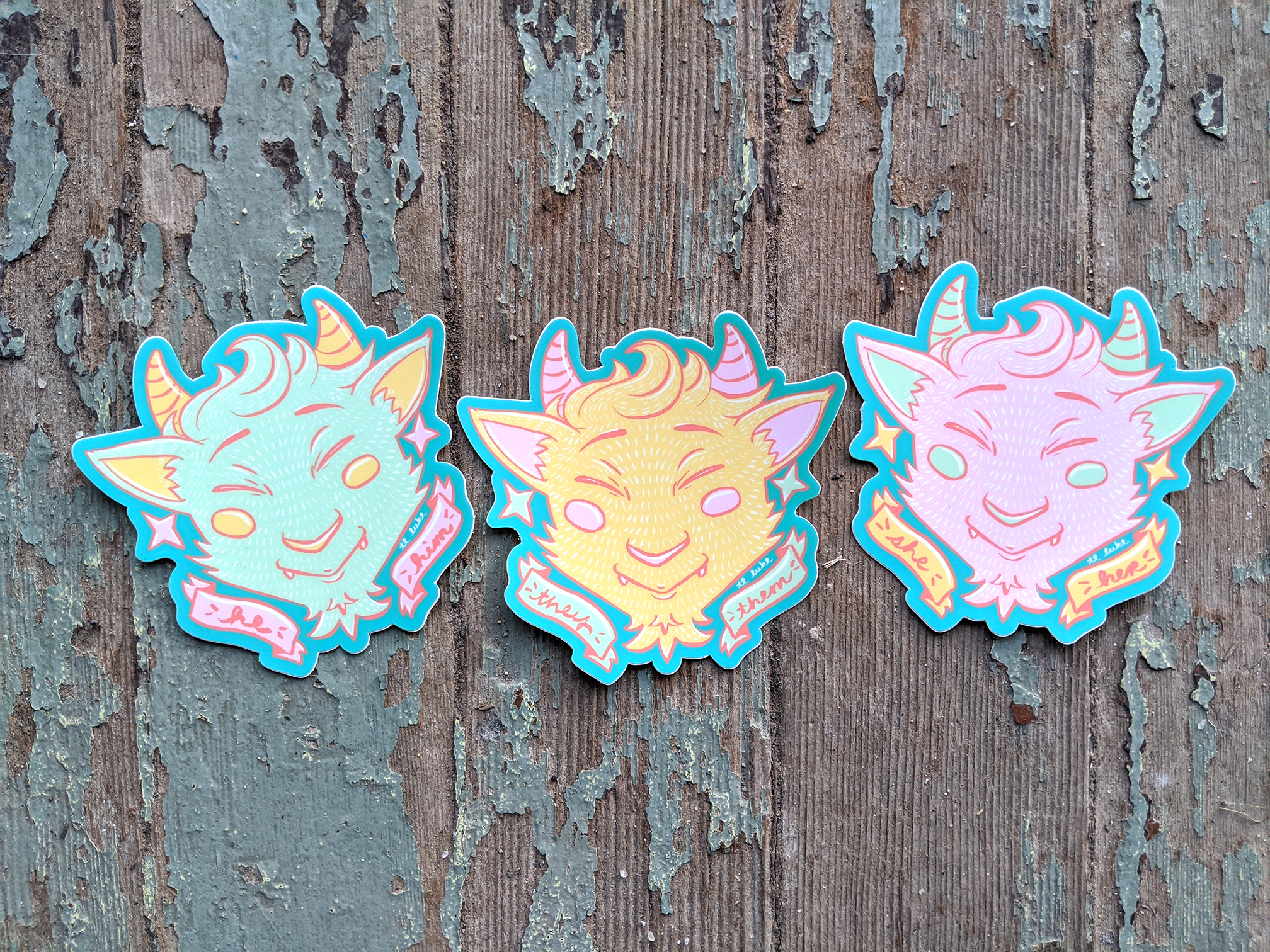 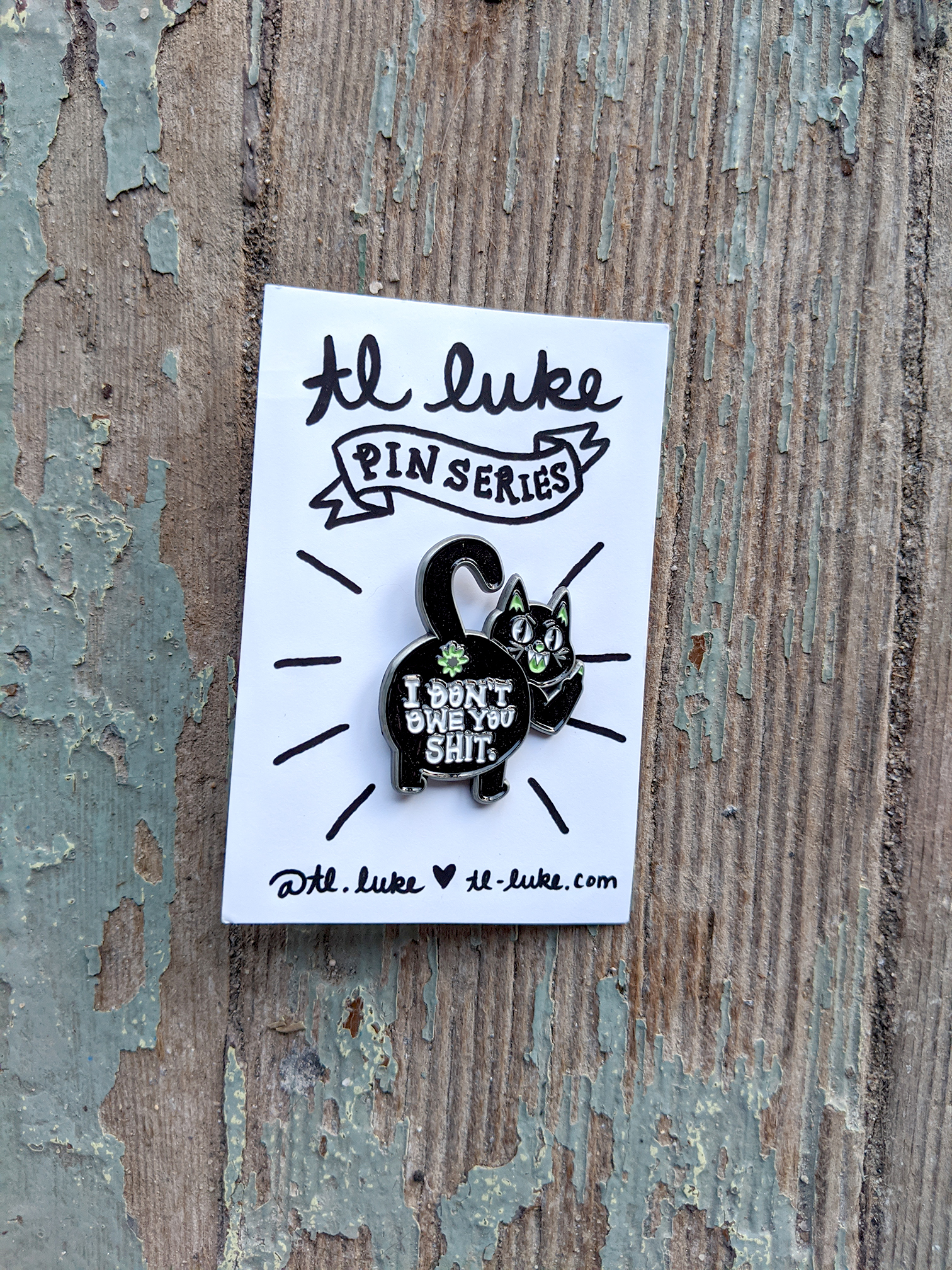