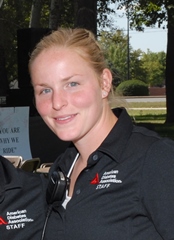 Today we’d like to introduce you to Emily Fay.

Thanks for sharing your story with us Emily. So, let’s start at the beginning and we can move on from there.
My name is Emily Fay, I was raised in a modest, middle class home in Aurora, CO. Just two blocks from the old DIA runways, we could feel the vibration of planes each departure and arrival! I attended a home daycare, public schools K-12, before and after school programs, city league youth sports and an assortment of enriching community programs offered for low income; Go Girls, Equestrian Summer Program, Ski Camp all of which became fond memories of my village! Two hard working parents, an older brother who became a true lifelong mentor, and a few household pets along the way. My neighborhood was my first hand appreciation for diversity. It evolved as the years went by; Winchell’s (yes donut shop) became a Panaderia, the Market a Mercado and the neighbors stopped mowing their lawns and started parking their cars on them, the same neighbors that had the coolest bike ramp, introduced me to potato chips doused in hot sauce, frequently played street soccer or futbol and taught me how to cumbia all by age 13. My mom worked a lot, my dad drank a lot and together they fought a lot. Youth programming and sports were my escape. Not to mention a most wonderful grandmother Barbara who experienced all stages of Alzheimer’s and many other extended family members and best friends (querida amigas) households where I spent an abnormal amount of time at. No fault to my parents who were doing their best and regardless found ways of expressing UNCONDITIONAL LOVE amongst the stresses.

HEALTH. I buckled at the knees during my 12th birthday party to hear the news; my grandfather who was morbidly obese had just suffered a heart attack and passed away. I’d watched both grandfathers inject insulin for type 2 diabetes and I’d experienced my grandmother’s immobility from COPHD and obesity for years. My mom became a caretaker which slowly and surely lasted 10 plus years and resulted in neglecting her own personal health. It felt everywhere; chronic ailments that seemed preventable.

High school was formative to who I am today; endless thanks to the long list of coaches and educators who have crossed my path over the years. My ultimate objective in life: If I like it to store it in my toolbox and give a no thank you bite to the rest. An opportunity to attend a leadership camp, my Sophomore Summer enlightened me to adolescent development and might I say, while each stage of youth development is important the adolescent progression of independence, trust and responsibility is crucial to becoming an adult.

I was not sure if college was for me, neither my mother nor father had completed a degree in higher education and my brother whom I felt had abandoned me to go off to school himself and follow his girlfriend (now amazing wife) wasn’t around to keep me focused and aimed at the future. No one in my immediate circle was doing any mentoring in that direction until my senior year of HS soccer.

A season in the record books; two new coaches, a new league and a winning record with a 5A state playoff game to top it. After three years of losing most games by mercy rule, yes (10-0), usually in the first half, I now had coaches who began to ask me questions, aide in letter writing and captured video of the play to send off to colleges. My 3. something GPA and a mediocre ACT score filled in the blank spaces on at least 10 college applications. We were equally celebrating a few years of sobriety for my dad.

Two weeks before any other students were on campus, I moved in with the scorpions and tarantula’s to the dorm rooms at Colorado State University-Pueblo to begin pre-season for the Division II Woman’s Soccer Team. I spent three years with my head in the books, my cleats on the soccer field, consumed a grand amount of dining hall food and made everlasting relationships. I graduated with a BS in Exercise Science Health Promotion just short of enough credits to formally have a minor in Spanish (Pero basta español para encontrar a mi primer marido) and eagerly secured an internship with the American Diabetes Association working with youth and in health, right on track with what I had been dreaming up for many years.

Not every exercise science grad lands a job, my mom mentioned a few times that none of them do, and I am guessing fewer in the midst of the economic crash in 2008. After nearly eight months of interning for a few cents per hour, I cried to receive the offer letter from the American Diabetes Association on January 1, 2009, to be a full-time employee. Mounting my bike 11 mi each way each day (because I could not afford gas) enthusiastic to meet the challenge beginning a CAREER!

Every single day, I learn something new. I have interacted with thousands of the most selfless volunteers from all walks of life, I have mourned the loss of multiple youth and adults due to complications of diabetes, I have advocated and taught and organized education so that thousands of more people can learn about this disease. I have high fived and side hugged the bravest, smart, coolest kids who have to pay attention to this disease 24/7 and so has my 5-year-old daughter who has learned all about blood sugar and empathy at an early age. I’ve cleaned tears with my sleeve, my hand, my hair and my secret stash of Kleenex (because now I know) more times then I can count from parents, caregivers, and camp volunteers who CARE so hard it hurts. I’ve been afforded the opportunity to visit new places and take everything I learn to more new places and share them. I get to brag on youth, my colleagues and everyone I work within Community Health and the Health Care system who work to make a difference in the lives of others. I see friendships form #ConnectedForLife, support systems built over large geographic areas and I get to real life experience the impact camp indents into lives. GRATEFUL is what I express for getting to be part of this work.

We’re always bombarded by how great it is to pursue your passion, etc. – but we’ve spoken with enough people to know that it’s not always easy. Overall, would you say things have been easy for you?
Sometimes, the people closest to you; your family, friends, a spouse might think what your doing is too consuming or will not have a return on investment. If what your doing improves your quality of life (however you choose to measure that), charge forward, success will follow.

Sometimes, work doesn’t go the way we planned and sometimes life doesn’t. I met former husband; we’ll call him Alvin in the summer of 2007 and we were married and welcomed a magical baby girl in 2013! That same year we submitted an application to the United States Government for Alvin to be considered as a legal resident. In 2016, after three long years of waiting and thousands of dollars, we received notification our application had been accepted. That is not all 2016 presented, Alvin was in a serious car accident and slipped into alcohol and substance abuse. I invested a year into marriage counseling and soul searching and met the destiny I never ever thought would be part of my life and filed for divorce in December of 2017 which finalized in April of 2018. When you fall down, pick yourself back up again. Practicing resilience should be sin fin.

Get your anxiety and stress in check. In the early years, I had panic attacks at my desk. I would have episodes of not being able to breathe and getting cold sweats. I had physical pain in my back. My balance was returned after I found a regular exercise regime and began eating foods that fueled my body. Prioritize YOU 1ST, then arrange your time and schedule to meet the needs and demands of others (yes, there will be sacrifices and times this is not perfect).

Tips and tricks I’ve mastered:
1) Deep breathing exercises.
2) All my passwords are positive quotes or phrases (Up^andOnward!).
3) Kill “em” with kindness.
4) Assume positive intent always.
5) Stand up for what you think is right. If you walk away and say nothing, you are just as much agreeing.
6) Dance anytime, anywhere for any reason.
7) Dedicate yourself to ongoing growth with an open mind to truly listen.
8) Laugh out loud at yourself often.

We’d love to hear more about your business.
Territory Director, Youth and Family Initiatives for the American Diabetes Association.

I approach everything with an enthusiasm in contagious attitude (Credit to Eagle Lake a long standing ADA Community Partner who excels in youth programming).

Finding a mentor and building a network are often cited in studies as a major factor impacting one’s success. Do you have any advice or lessons to share regarding finding a mentor or networking in general?
Find as many mentors as you can. Have a diverse group of personal and professional mentors you can lean on for different perspectives. Let them know you think of them as your mentor.

Networking 101
1) DO NOT forget your business cards.
2) Have goals going in. Example; meet 4 new people and understand how they can be useful connections.
3) Network ONLINE too! Be Linkedin 😊 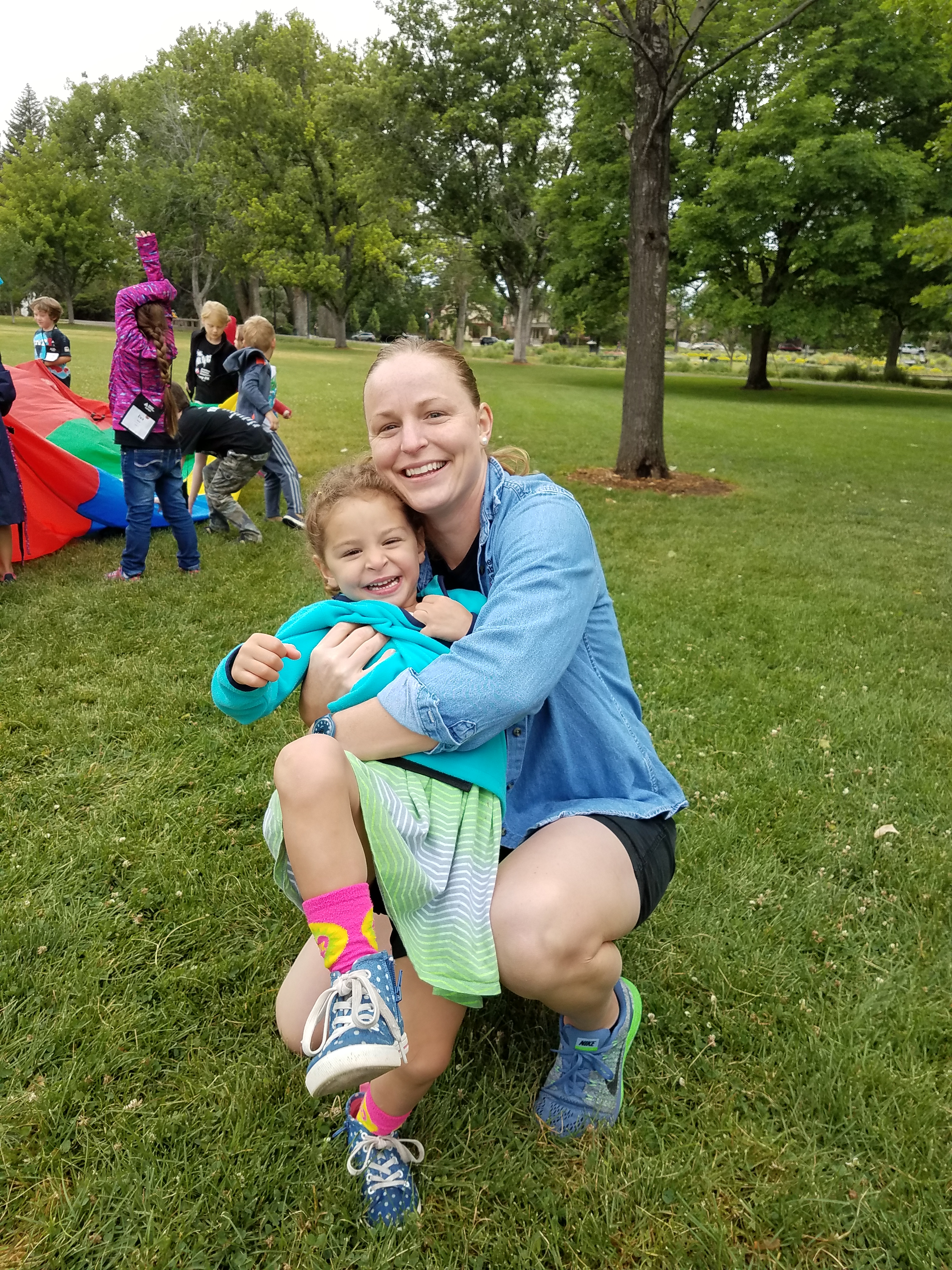 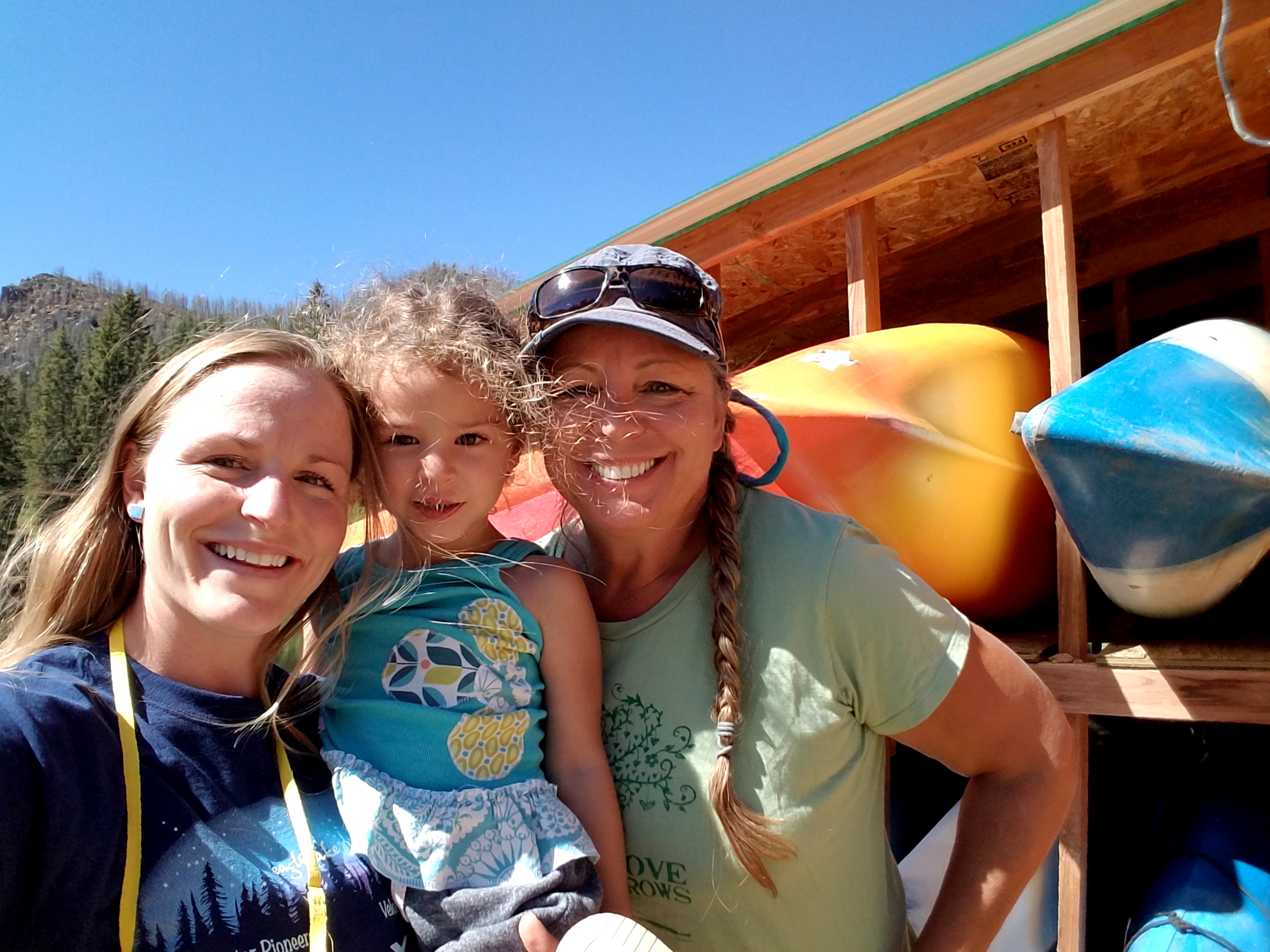