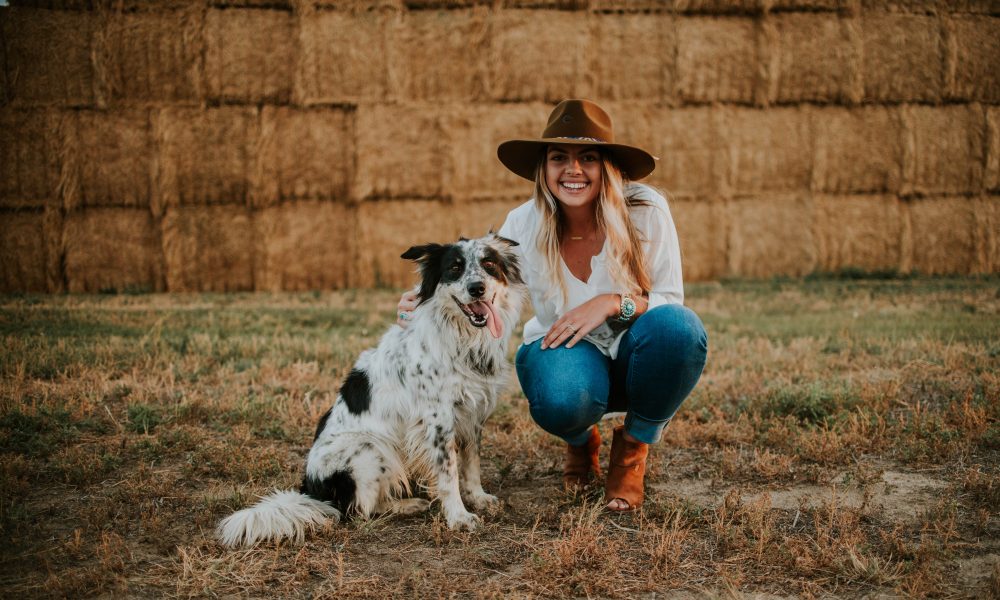 Today we’d like to introduce you to Lindsay Miller.

Lindsay, please share your story with us. How did you get to where you are today?
Oh boy! Where do I even start?
Originally, the plan was always finding some way, somehow, to get into vet school. Ever since I was about ten years old, all I ever wanted to be was a veterinarian. My family has been farming and raising cattle in Northern Colorado since 1919 and growing up around animals was the best part! I can remember riding in the cab of a tractor or feed truck my entire childhood while my dad would work in the field or feed the cattle. My obsession with animals started even before I could remember, I would find stray kittens and keep them on our farm (which quickly turned into way too many barn cats! LOL). My parents bought me a bottle lambs and miniature calves to take care of, and then once I was old enough, I began showing livestock competitively in 4-H.

In college, I played NCAA Division 2 volleyball while majoring in biology at CSU-Pueblo, it was amazing, I could finally see my hopes of becoming a veterinarian finally in reach! I worked hard even after transferring colleges to keep my 4.0 which had also earned me a spot in Alpha Lambda Delta honors society. It was all too good to be true until it wasn’t. In 2015, I received a fluke letter grade that completely crushed my dreams of getting into vet school. Now, if you know anything about vet schools, it’s so incredibly difficult to even be considered for acceptance. I was crushed, I had no backup plan, I hadn’t even considered what else I would do with my life.

2015 was the lowest of lows for me. My life had been turned upside down. I took a year off of college (so incredibly scary at the time) to gather my thoughts and figure out what my next step would be. At the time, my younger brother Derek Miller was a Sophomore at Prairie View High School in Brighton and was playing football. Being an awesome older sister and finally home from college, I took my mom’s DSLR camera and started snapping photos of action shots during his football games. Still, at this point, I had no idea what I was doing, I just wanted to get photos of my brother playing football. Soon, I started taking the camera out with me when we were doing work at our cattle feedlot outside of Eaton, Colorado. Friends on Facebook really started to fall in love with what I was doing with the camera.

Then, it dawned on me, what if I became a photographer?! I spent the next two years teaching myself the in’s and out’s of photography. I would take photos of anything and everything!

In late 2017, I really started to feel burnt out, many photographers fail because the market is so saturated and I was really feeling like what I was photographing was just not making me happy (queue the cliche saying “if you love your job, you’ll never work a day in your life”). I had to take a step back and think, what makes me happy? Well my parents have always said that I love animals more than anyone else, and my brother even calls my cow, Chocolate “my kid” so I started thinking-okay, I want to take photos of weddings and couples that are just like me, they LOVE agriculture and they have way too many animals just like me! Now, I have gone from this wannabe vet student to a social media “agvocate” sharing the story of not only agriculture but also the love stories of many people who have fallen in love with eachother while being a part of American agriculture!

Overall, has it been relatively smooth? If not, what were some of the struggles along the way?
LOL, definitely NOT a smooth road. Even after I became a photographer, I still felt discouraged. Ultimately, my story is one of being knocked down after so many years of thinking I was on the “right track”, but you have to get back up and try again. I won’t lie, being a female entrepreneur is not easy especially in the beginning, you have to have a very strong support team. For me, it was my parents allowing me to basically be in limbo for one year to figure out my life. They were incredibly supportive of my decisions and it has been an uphill battle to get to where I am today, but they allowed me and supported me in the lowest times. My fiancé Tucker Allmer has also been a huge support system for me, we started dating only a few months after, I decided to take this crazy career choice on but he also has done everything in his power to help me out. Tucker is not only my fiancé but he is also my “second shooter” meaning he helps me to photograph weddings and sessions-I am so lucky to have someone who will help me out in that way! My mom has also been a great help, and even though she has her own career, I kid you not, I call her at least once a day to discuss business strategies, difficult situations I am dealing with in my business and she has really been a behind the scenes help! Really, I would say that a support team is so important to help you stand back up again after those bumps in the road!

Alright – so let’s talk business. Tell us about Miss. Miller’s Photography – A Colorado Wedding and Western Lifestyle Photographer – what should we know?
I think I am definitely known for my love of cattle, and my documentation of life on our farm and cattle feedlot here in northern Colorado. My photography focus is weddings, couples, seniors and western lifestyle which includes all of the western canvas prints that I sell of cattle for home décor!

I am most proud of the fact that I have really worked on refining my craft in the last year to focus primarily on capturing love stories and still being able to find those clients who are also lovers of the agriculture community! Being able to share my story of agriculture and my cattle are just icing on the cake. In a roundabout way, I am still involved with animals daily, but it just might be photographing cattle or saddling up horses for a photo shoot!

Do you feel like there was something about the experiences you had growing up that played an outsized role in setting you up for success later in life?
Oh definitely! I grew up in two of the most demanding and rewarding environments out there! Being a farm kid (1) and being a competitive athlete (2), I never once took a business class in high school and college and was the furthest thing from interested in it. However, I believe that growing up in those two environments of agriculture where I see my Dad work 365 days a year as well as competitive club volleyball which is one of the biggest dedications a teen can make at a young age, really taught me that nothing is going to be handed to you in life. You have to work hard for everything and anything! My fiancé jokingly likes to tell folks that “Lindsay’s idea of FUN is working” LOL, which is not true but I really do enjoy furthering my business! 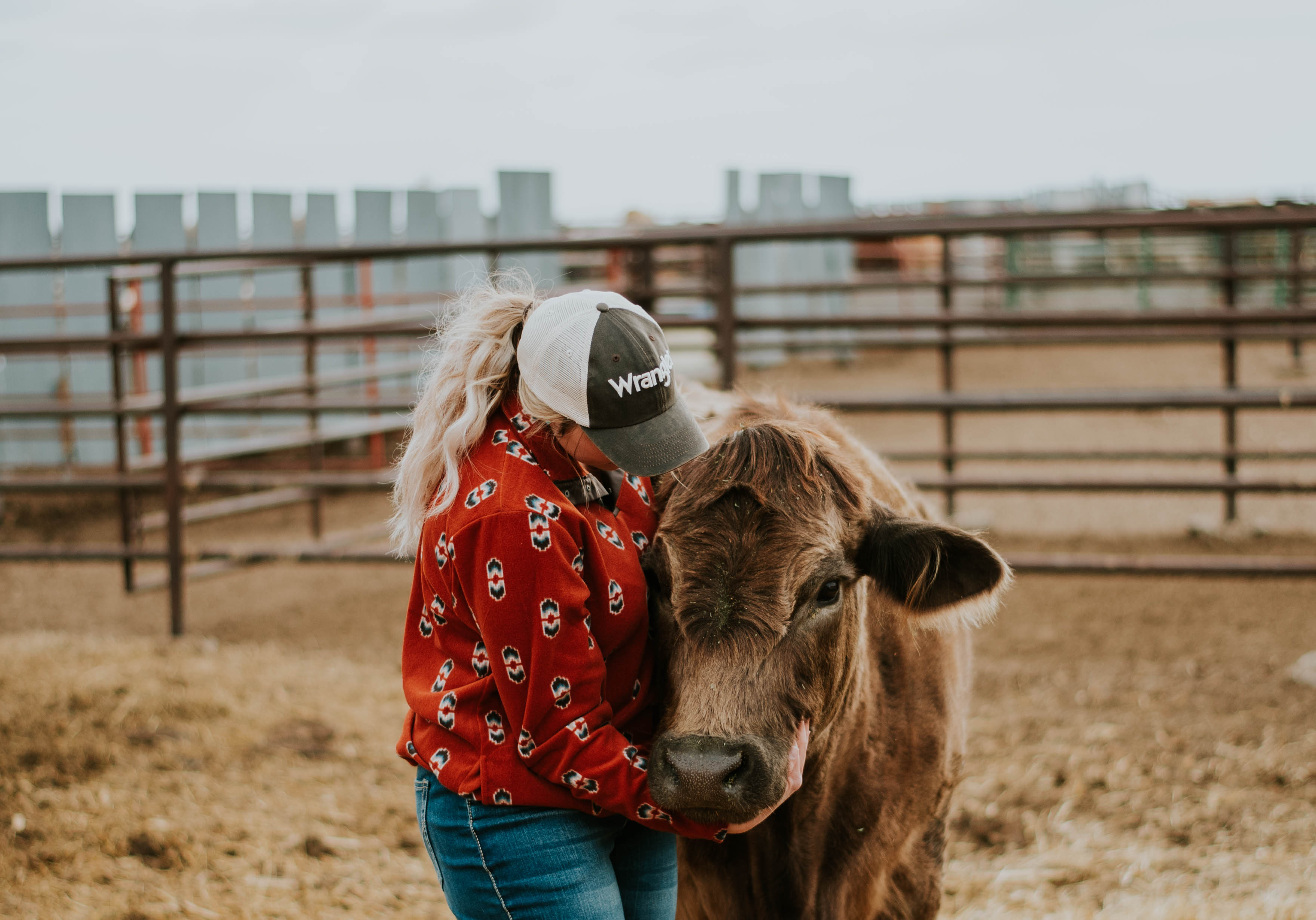 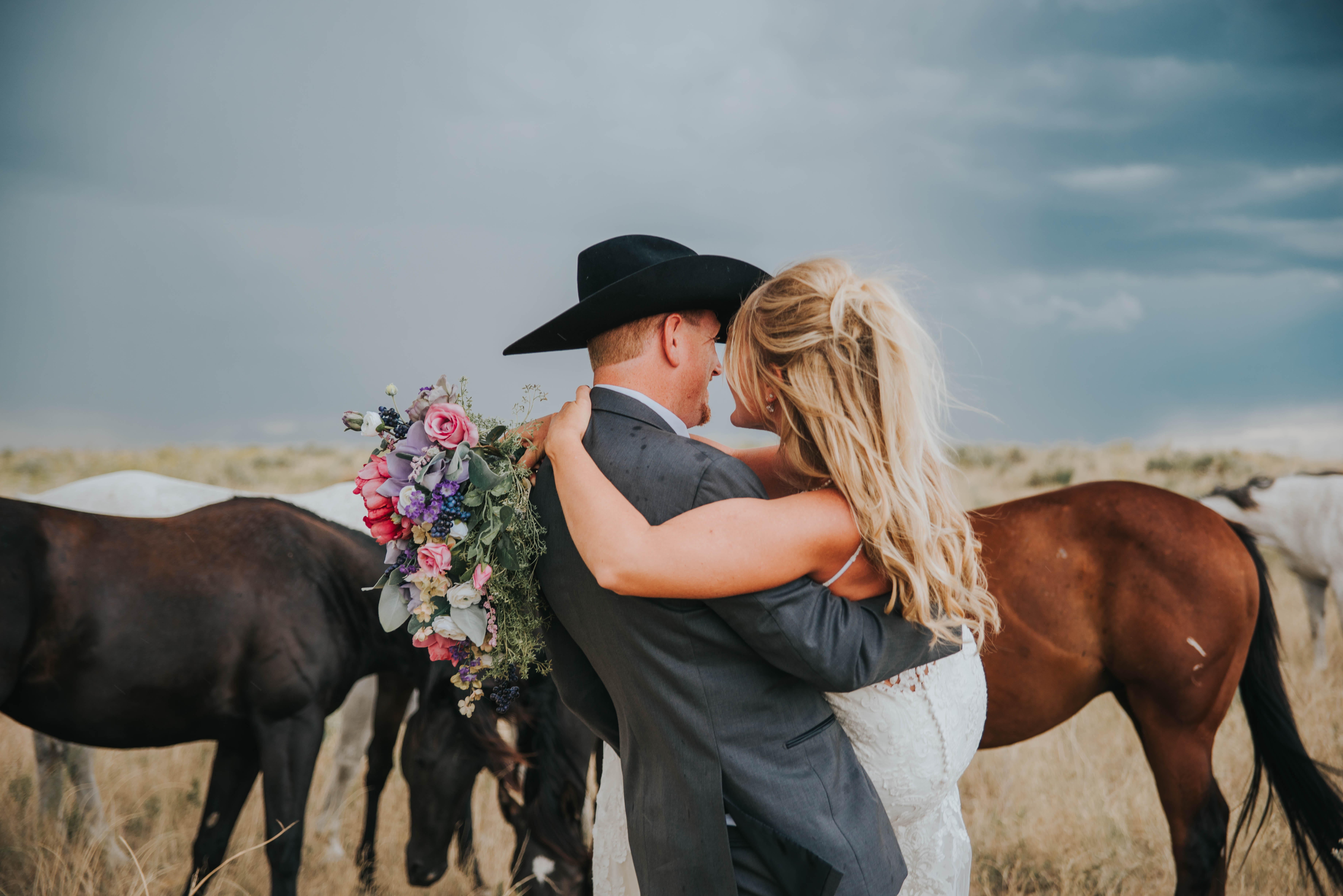 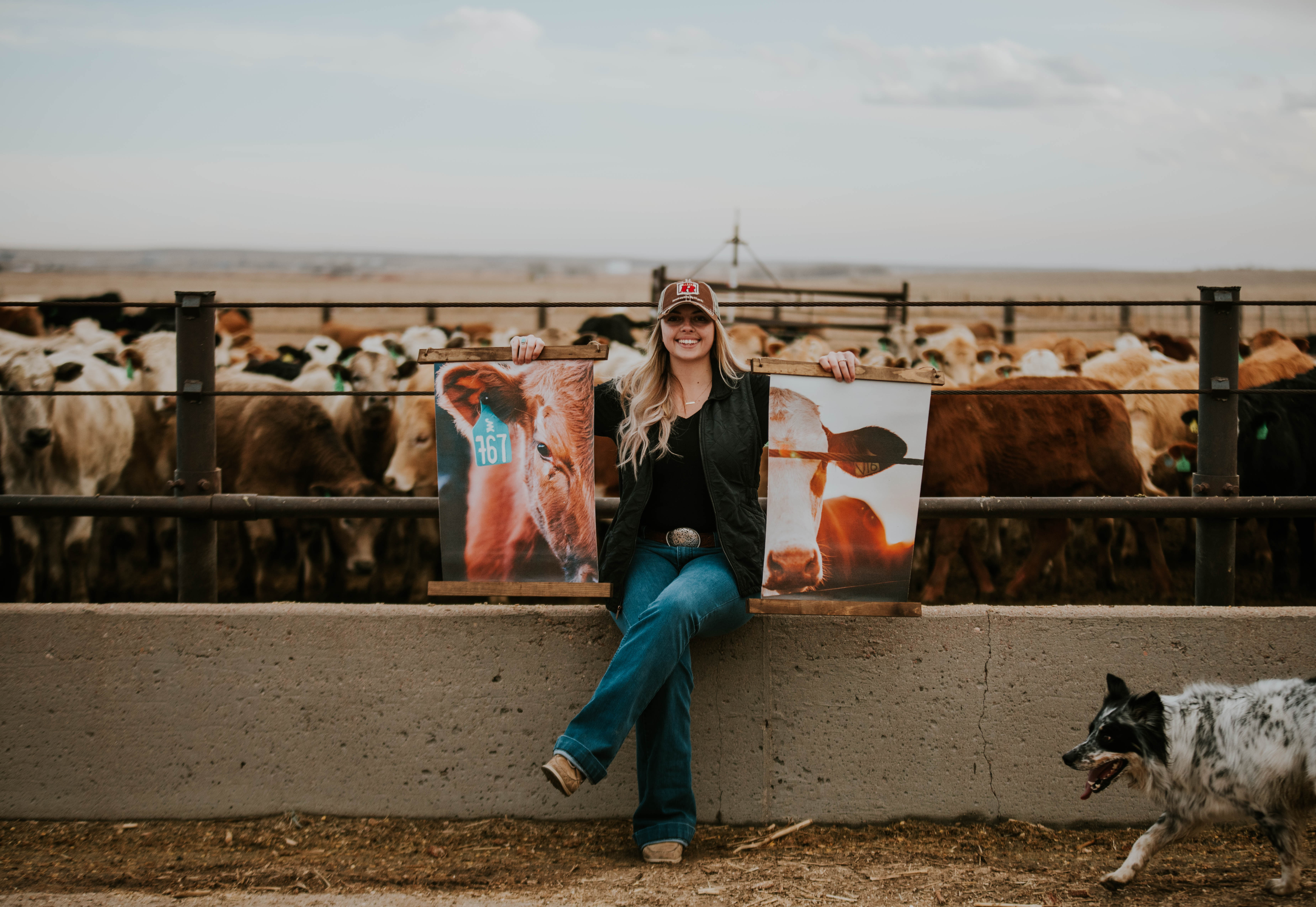 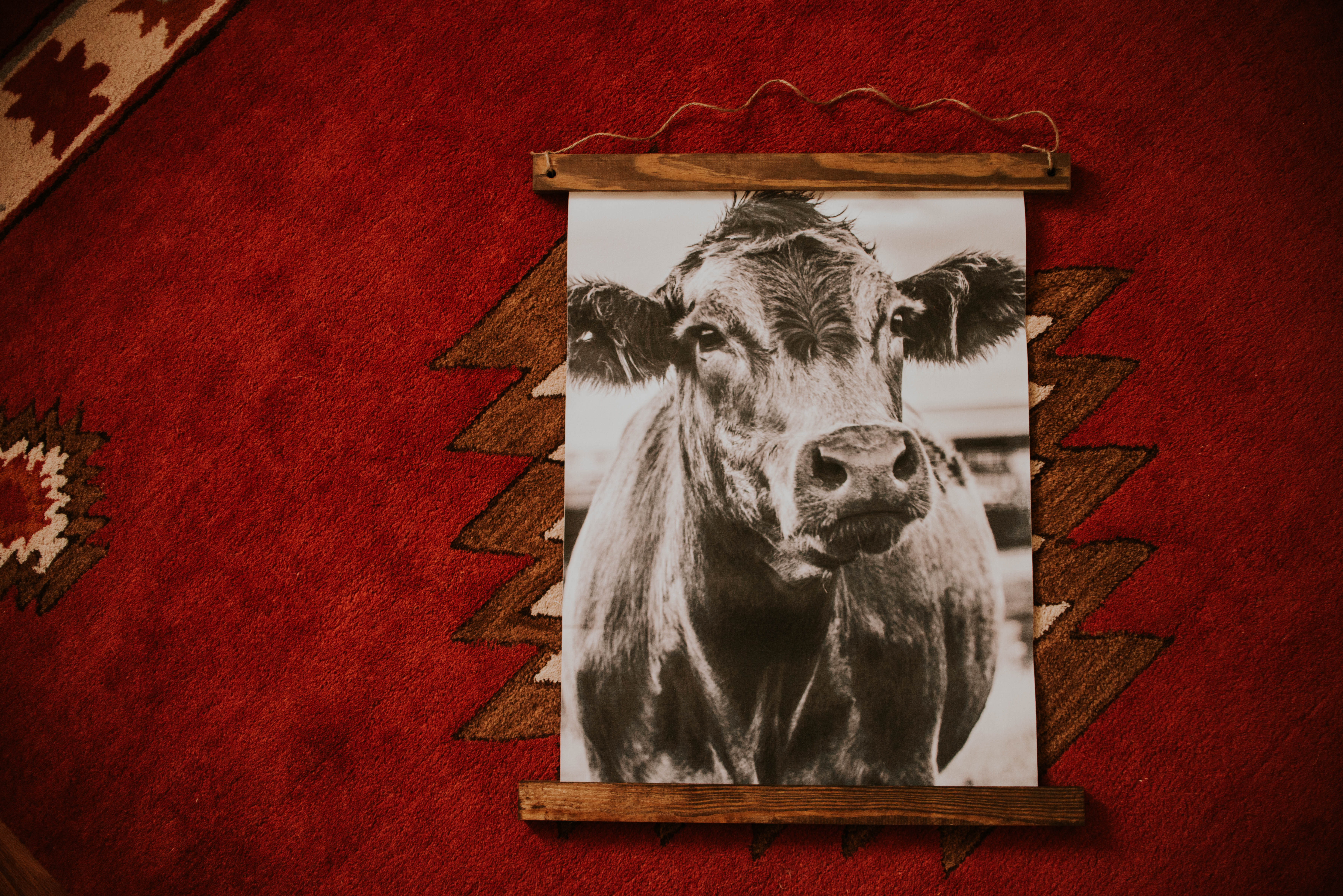 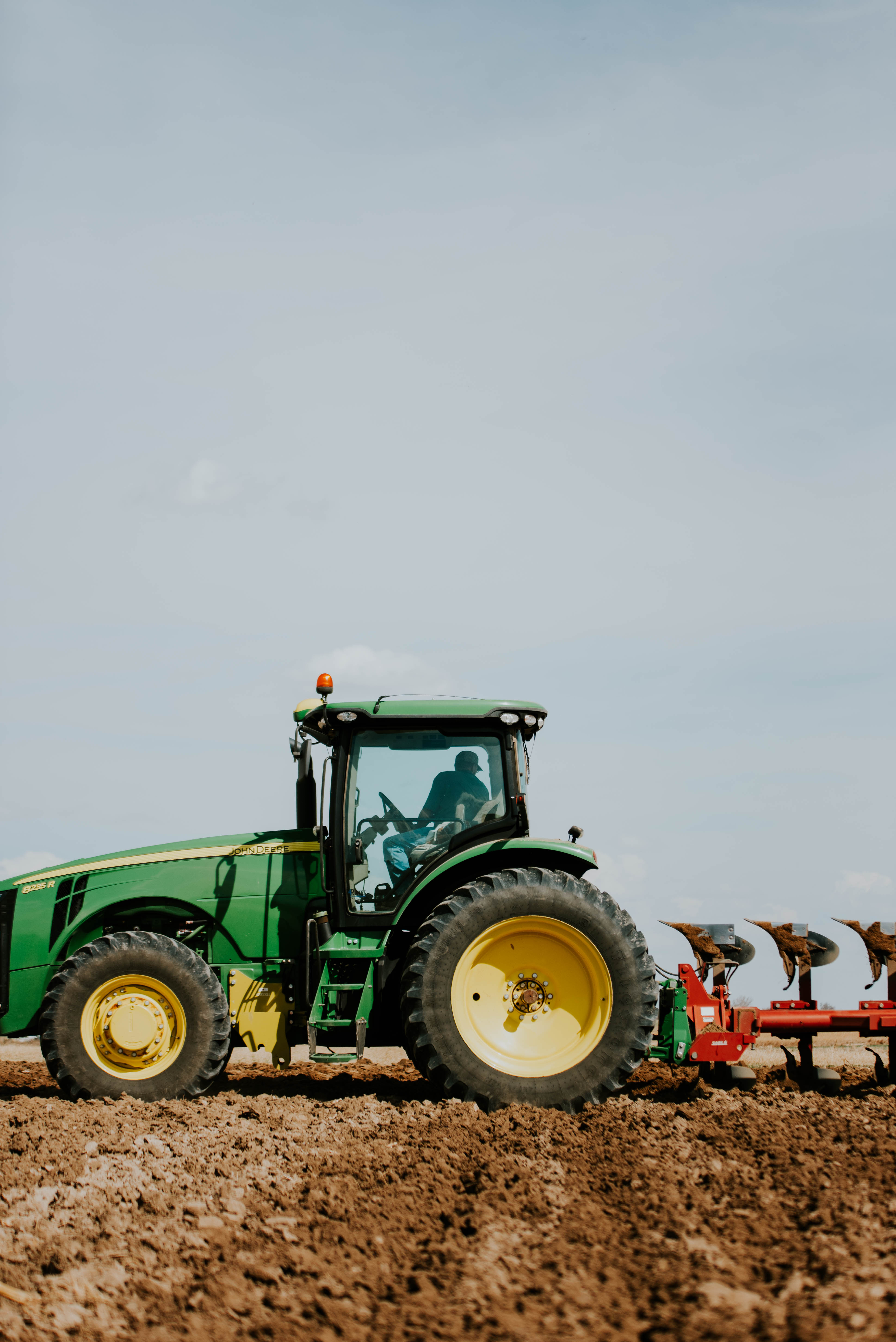 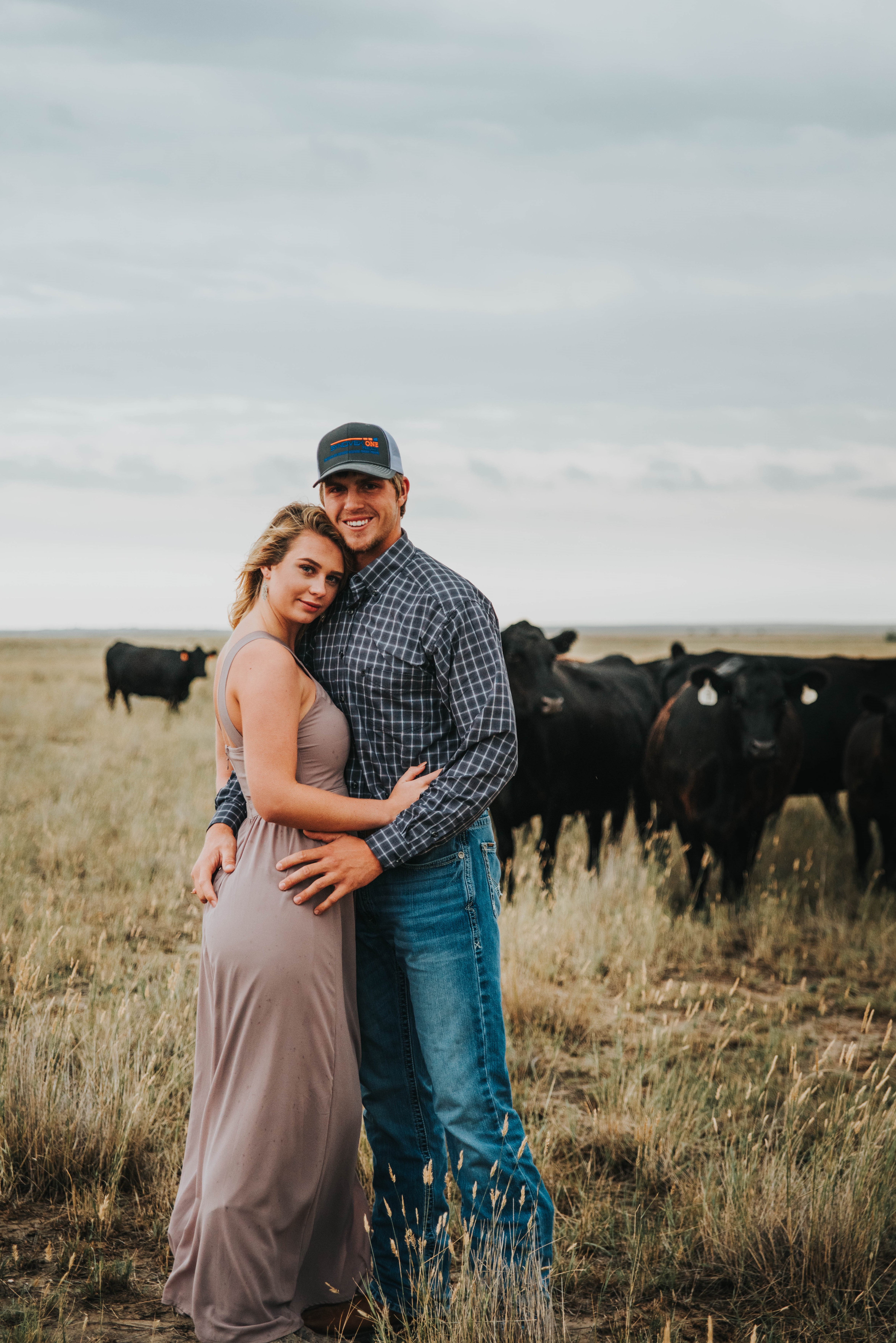 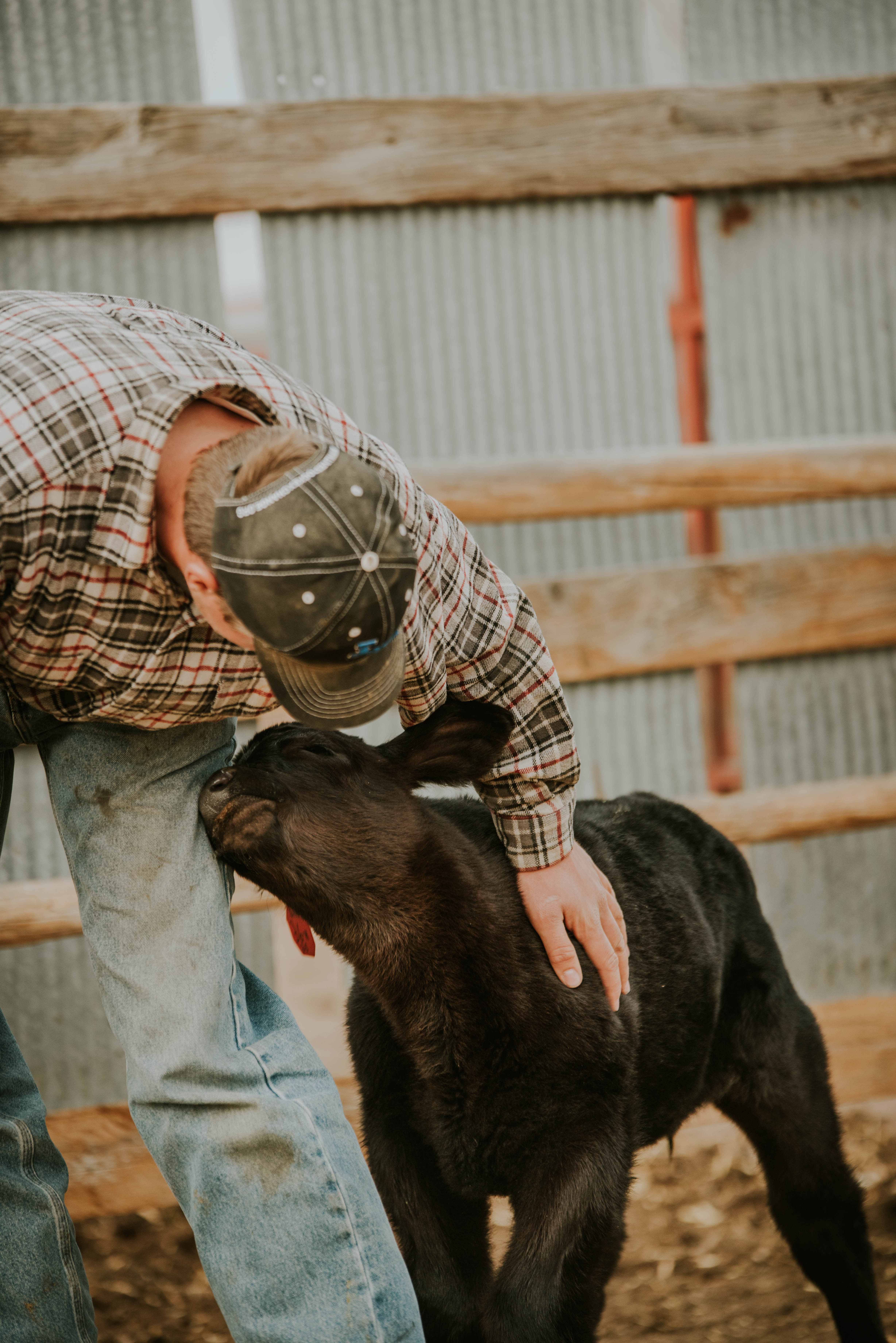 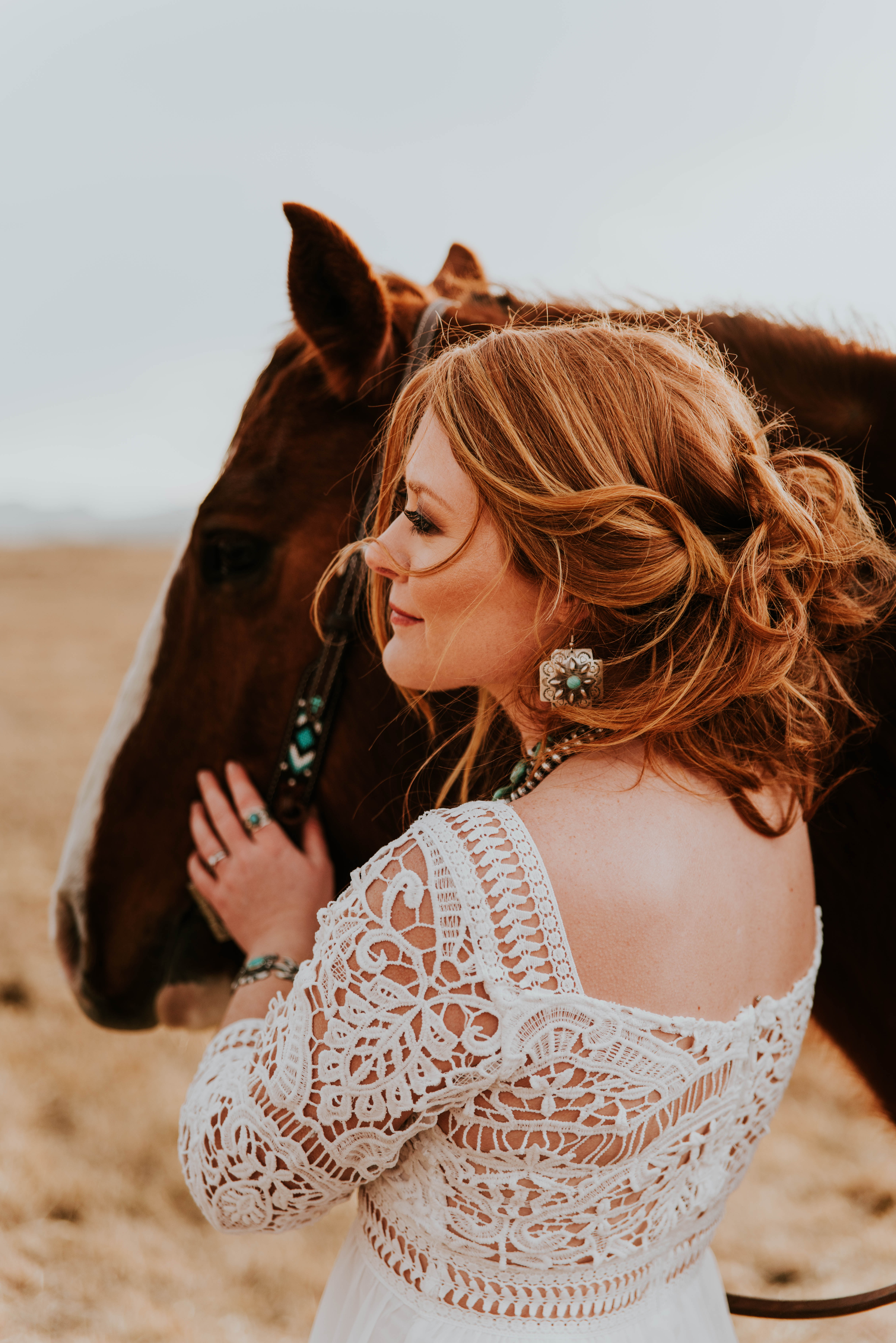 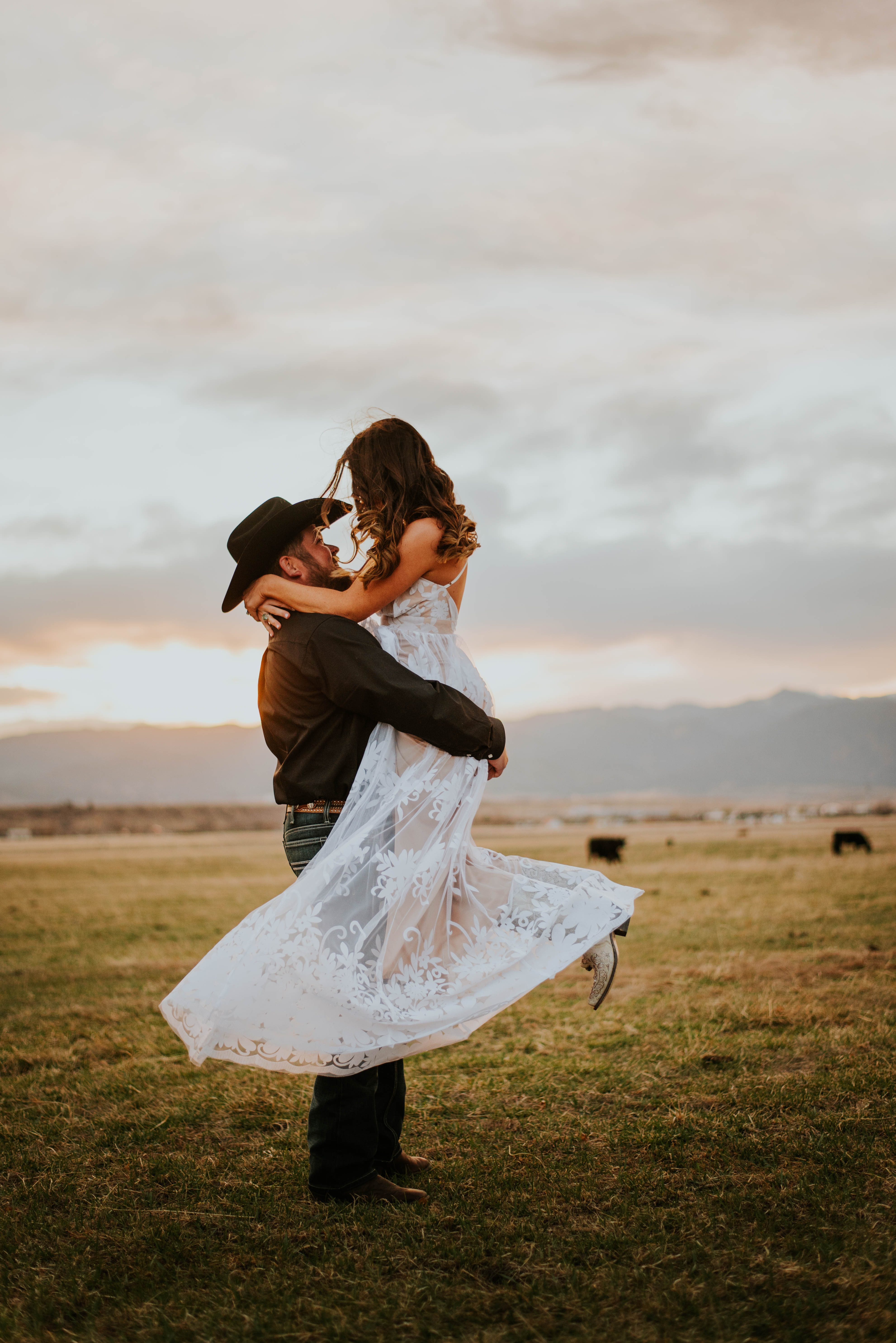