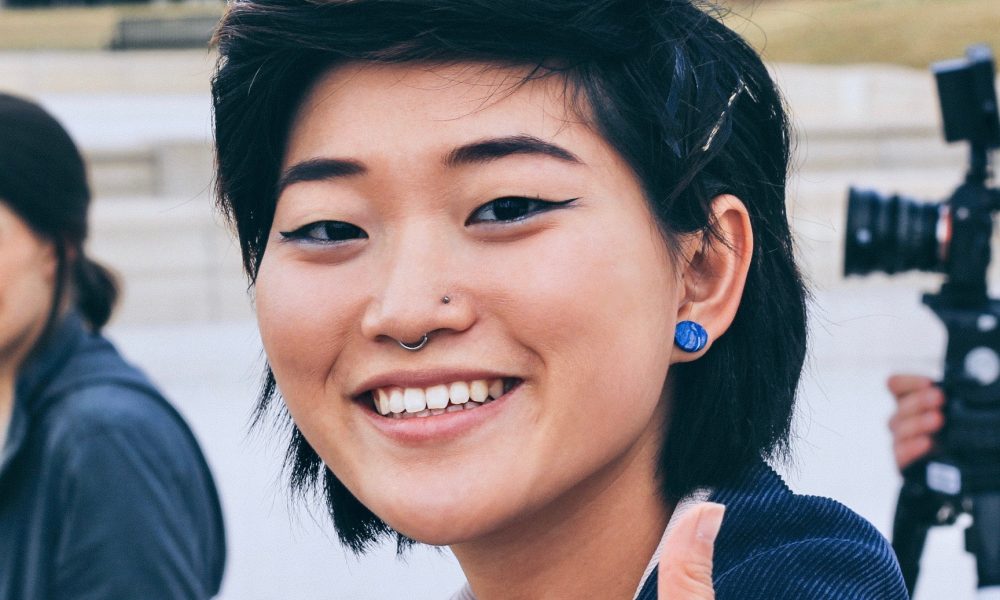 Today we’d like to introduce you to Marin Lepore.

Marin, can you briefly walk us through your story – how you started and how you got to where you are today.
Hi! I’m a screenwriter and director who enjoys both comedies and dramas. I’ve grown up in Colorado, lived in Beijing from 4th-10th grade, then moved back to finish high school in Boulder. After studying Writing/Directing at the Colorado Film School, I’m now completing a Film/TV BFA at the University of Colorado, Denver.

As a gay woman of color, I’m passionate about minority representation in film, and my stories often highlight LGBT and POC communities. I’m co-founder/runner of Sad Girl Productions, a film production company that creates diverse, inclusive, female-centric films; my award-winning, multi-season, gay AF cute AF comedy web series “I Put the Bi in Bitter” being one of them. I’m also currently a board member for the organization Women in Film and Media Colorado.

We’re always bombarded by how great it is to pursue your passion, etc. – but we’ve spoken with enough people to know that it’s not always easy. Overall, would you say things have been easy for you?
LGBT representation in media is very much a new thing, and even though it’s getting better, it’s still way too common to come across your handful of classic harmful stereotypes. From lesbians who are objectified to bisexuals who are villainized, to gay men only being the comedic relief, to trans stories that are completely catered to cisgender audiences. And oftentimes, in TV and films the LGBT characters are killed off. So many LGBT stories are written by and made for non-LGBT people, and it’s frustrating.

One of the criticisms I’ve gotten on “I Put the Bi in Bitter” is that the main characters aren’t relatable to all LGBT people, but you don’t and shouldn’t have to represent an entire community in one person or one show. Obviously Alex isn’t all lesbians, and Sam isn’t all bi girls. I don’t expect IPTBIB to represent every single LGBT teen out there, I just hope that some parts will be relatable to some people. Women, POC, and LGBT people are so rarely given the spotlight, and because these groups have been marginalized, when something comes out that highlights them, it’s automatically a political statement and people expect it to be perfect. But non-marginalized creators are not held to this same standard.

Despite saying all this, I’m still feeling really optimistic about the future of LGBT media and representation! A lot of these issues come from ignorance, but now more than ever are people pushing education and advocating for change in the industry. There are so many film groups, competitions, fellowships, and programs actively reaching out and seeking LGBT voices. Every day there are more and more opportunities for LGBT artists, creators, and stories. We literally have an entire generation of young LGBT filmmakers growing and rising and getting ready to push out the content we wish we had.

Advice for young women, no matter what you’re pursuing:
1. Surround yourself with a healthy support system of trusted people.
2. Meditate regularly.
3. Know why you’re doing what you’re doing.

We’d love to hear more about Sad Girl Productions, and your web series I Put the Bi in Bitter.
SAD GIRL PRODUCTIONS is a film production company based in Denver, Colorado. Co-created in 2018 and run by myself and my dear friend Dannah Elizabeth, Sad Girl creates diverse and inclusive comedy films and web series. Our goal is to bring empowerment and inspiration to those seldom seen as leads in mainstream media, by highlighting women, women of color, and LGBT women, both on-screen and behind the scenes.

The media we consume heavily influences the world we live in, so it’s important that the content we create is not only diverse but inclusive. We started this production company because we strongly believe that accurate representation starts behind the scenes. Even if you have a great film with all female characters, if the entire story is filtered through the lens of male writers, male directors, and entirely male crews, that doesn’t do anything to change the culture in the film industry.

My web series “I Put the Bi in Bitter” is a cute and lighthearted comedy that follows a bisexual teenager and her lesbian BFF as they navigate high school, deal with friendship/crushes, and all the other shenanigans and awkward moments that come from being young. And it’s created by a majority female cast and crew.

I came up with the concept for IPTBIB in early 2018, and since then, we’ve written, produced, and released a total of 3 Seasons (26 episodes total) on Youtube. We’ve screened at various festivals around the country including ClexaCon 2019, the largest LGBT women’s media convention in the world, and we’ve won “best-comedy” and “best-screenwriting” at the Colorado Short Circuit Film Festival 2019.

This series is important to me because a huge thing LGBT media is missing right now is being accessible to younger audiences. Not every LGBT story has to be tragic, or dramatic, or R-rated, or sexual. What about LGBT kids? Where are the light-hearted LGBT comedies? Where are the kids shows with LGBT main characters? Also, many LGBT stories nowadays focus on the main character coming to terms with their identity and finding the courage to come out. And that’s inspiring and powerful, and emotional, and great! But what happens after that? What about the kids who have already gone through that, but now just want to start living their best gay lives? That’s what IPTBIB is about. I wanted to create a coming-of-age teen comedy for LGBT kids.

In the story, the main character Sam is bisexual and her best friend Alex is a lesbian. They know this, and they’re confident. The conflict of the story isn’t about them accepting themselves, but rather navigating a world that hasn’t yet. I really just wanted to normalize being gay, especially while being young, because this is something so many people, including myself, have struggled with.

Set during our current and modern times, and inspired by the millennials and Gen-Z kids we see now, IPTBIB explores being young, surrounded and absorbed in the internet, and how the culture from online social media has become a community for this generation’s views and humor. IPTBIB is about expression, individuality, friendships and crushes, and all those other awkward moments of trying to survive high school. The story is about being a teen, first and foremost, and their sexualities are just a part of that.

As a gay woman of color, female, POC, and LGBT representation is so personally important to me, not only on-screen but behind the scenes as well. Casting 3 WOC as the leads was very much a conscious decision, and besides the cast, we also had majority women in leading creative crew positions (writer, director, producer, production design, cinematography, sound, music composing, etc.). We also tried to get as many LGBT voices involved as possible, because hey, it’s an LGBT story. Besides myself, many people on both cast and crew identify as part of the LGBT community. It really is a project made by minorities and allies, for minorities and allies.

Which women have inspired you in your life?
I’m so incredibly inspired by comedians like Ellen DeGeneres, Tig Notaro, Kate McKinnon, Amy Poehler, Tina Fey, Mindy Kaling, Ali Wong, Awkwafina, Abbi Jacobson, Ilana Glazer, Jenny Slate, Chelsea Peretti, etc! I know this is a lot of names, but there are SO MANY funny women out there! Working in the film industry is hard enough without the added hurdles of being a minority, so to see other women owning it and kicking ass is so reassuring and validating. We’re all in this together.

And of course, I’m constantly inspired by my friends and family. I wouldn’t be where I am, or who I am, without the women in my life supporting me. 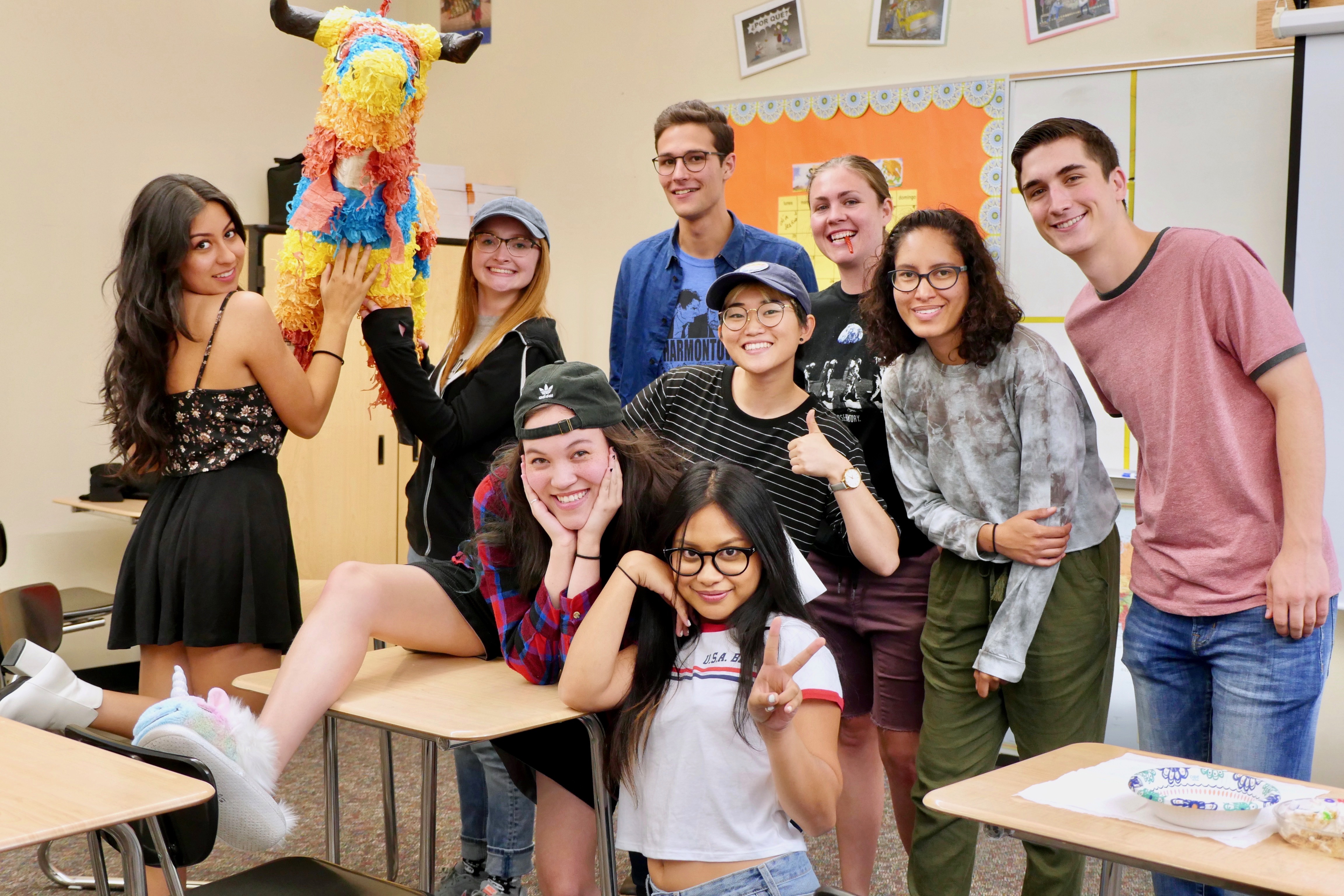 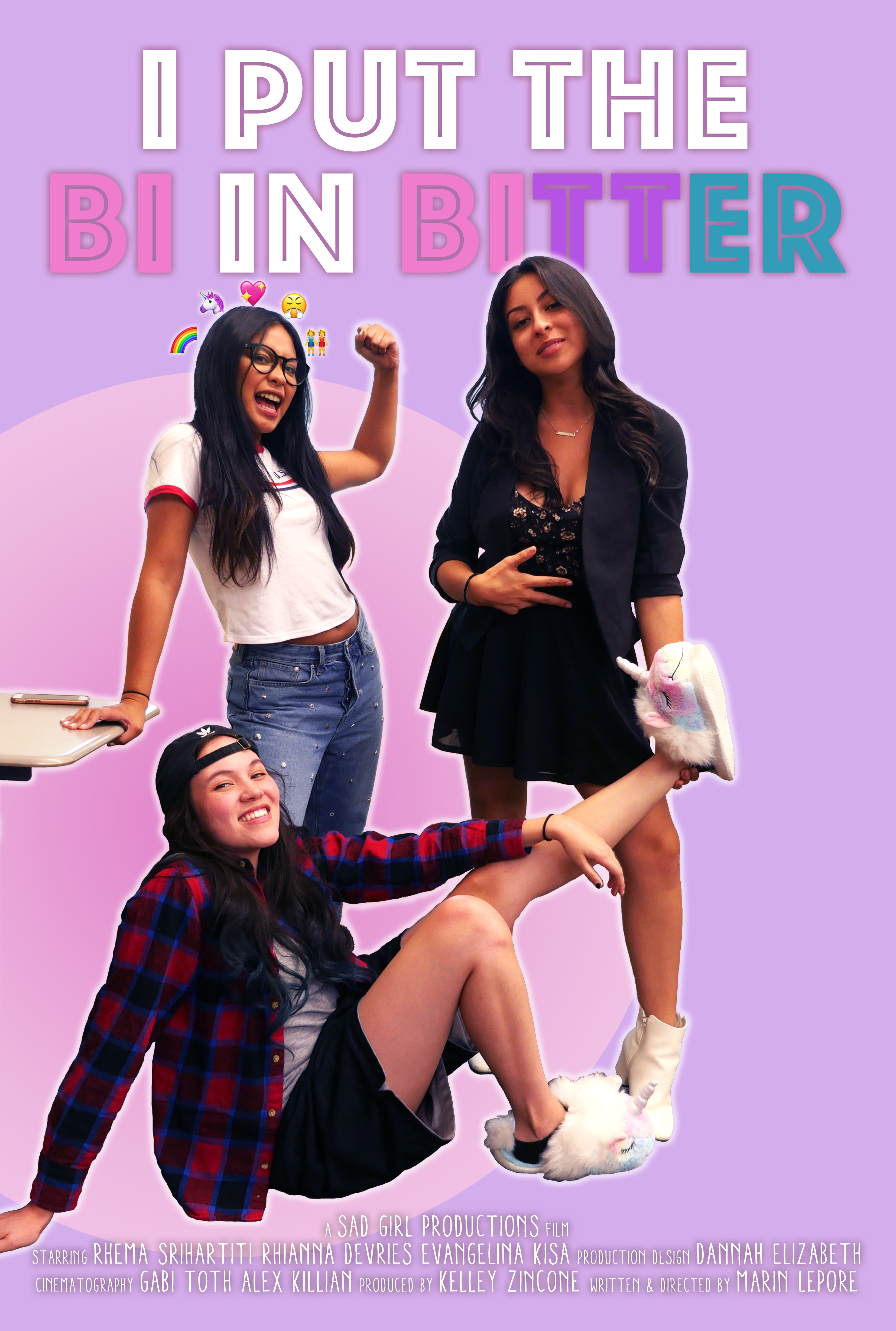 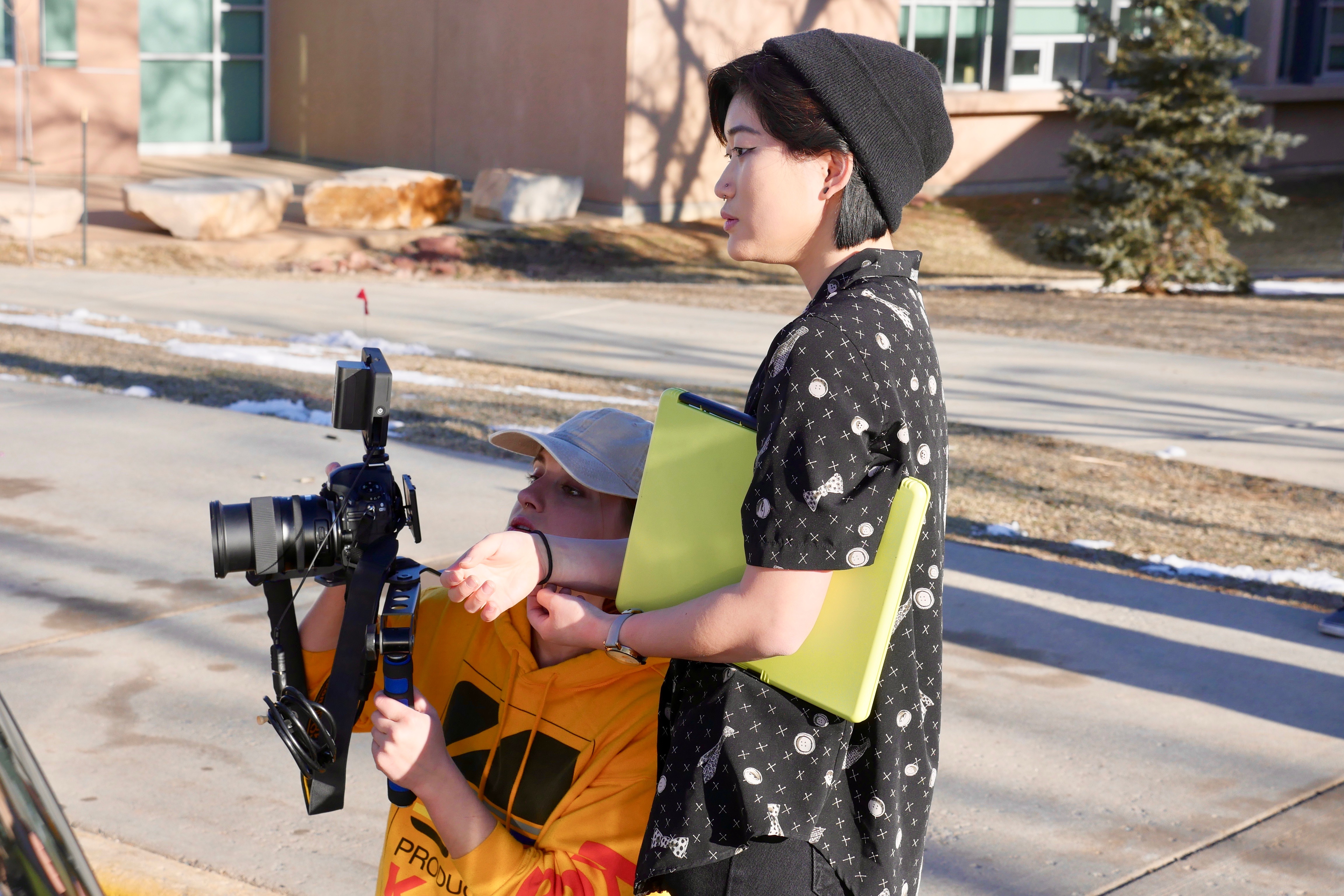 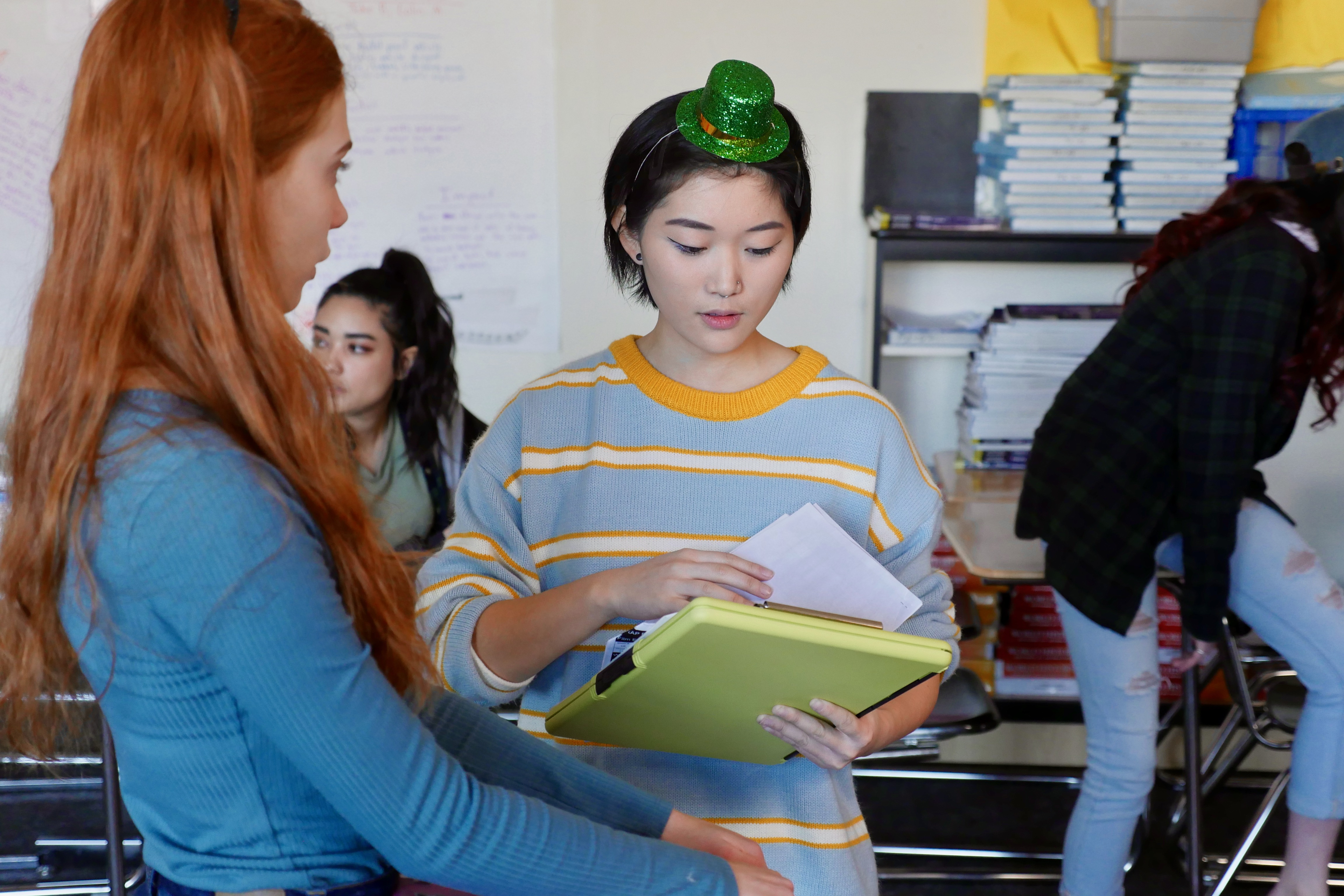 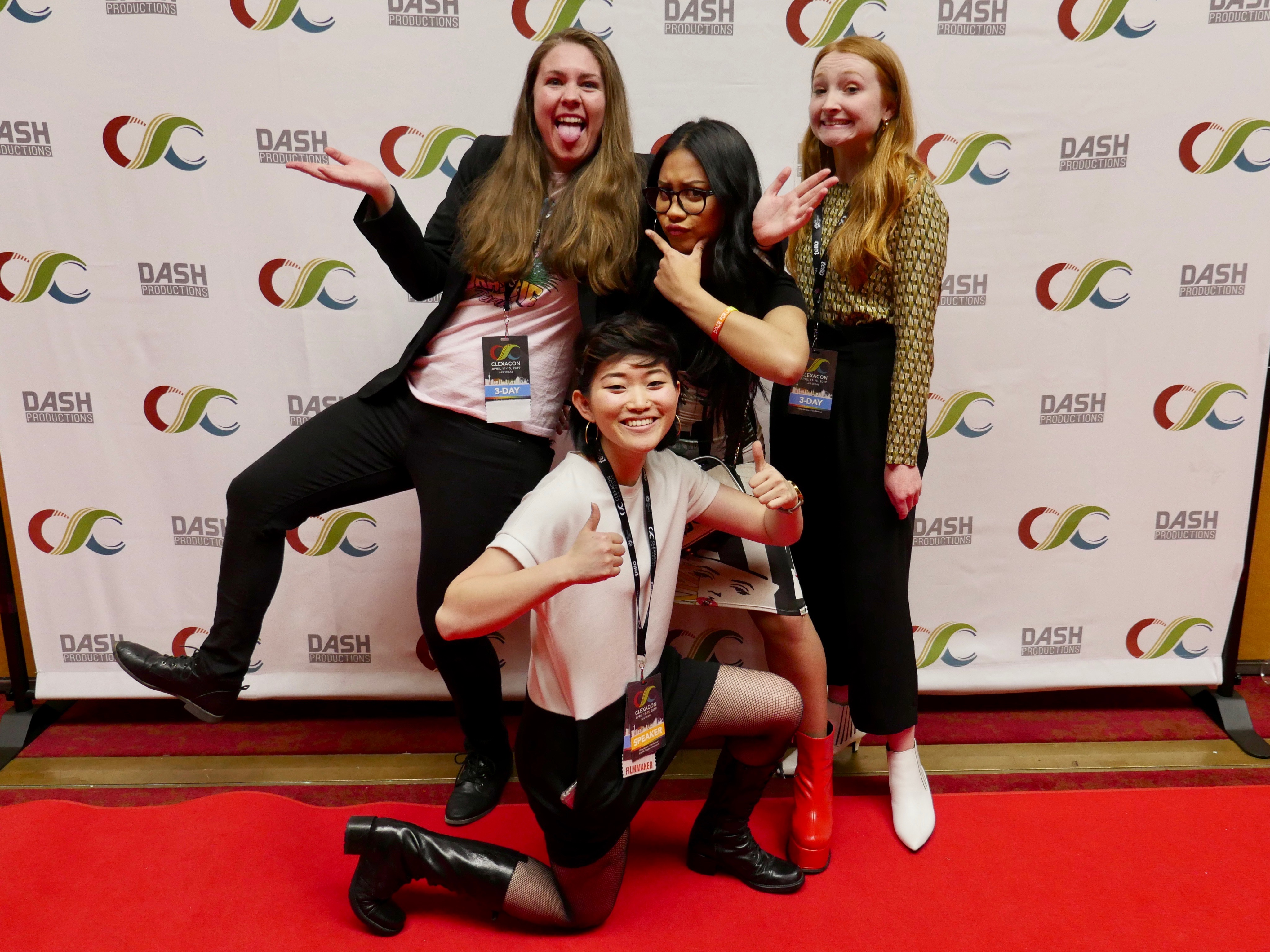 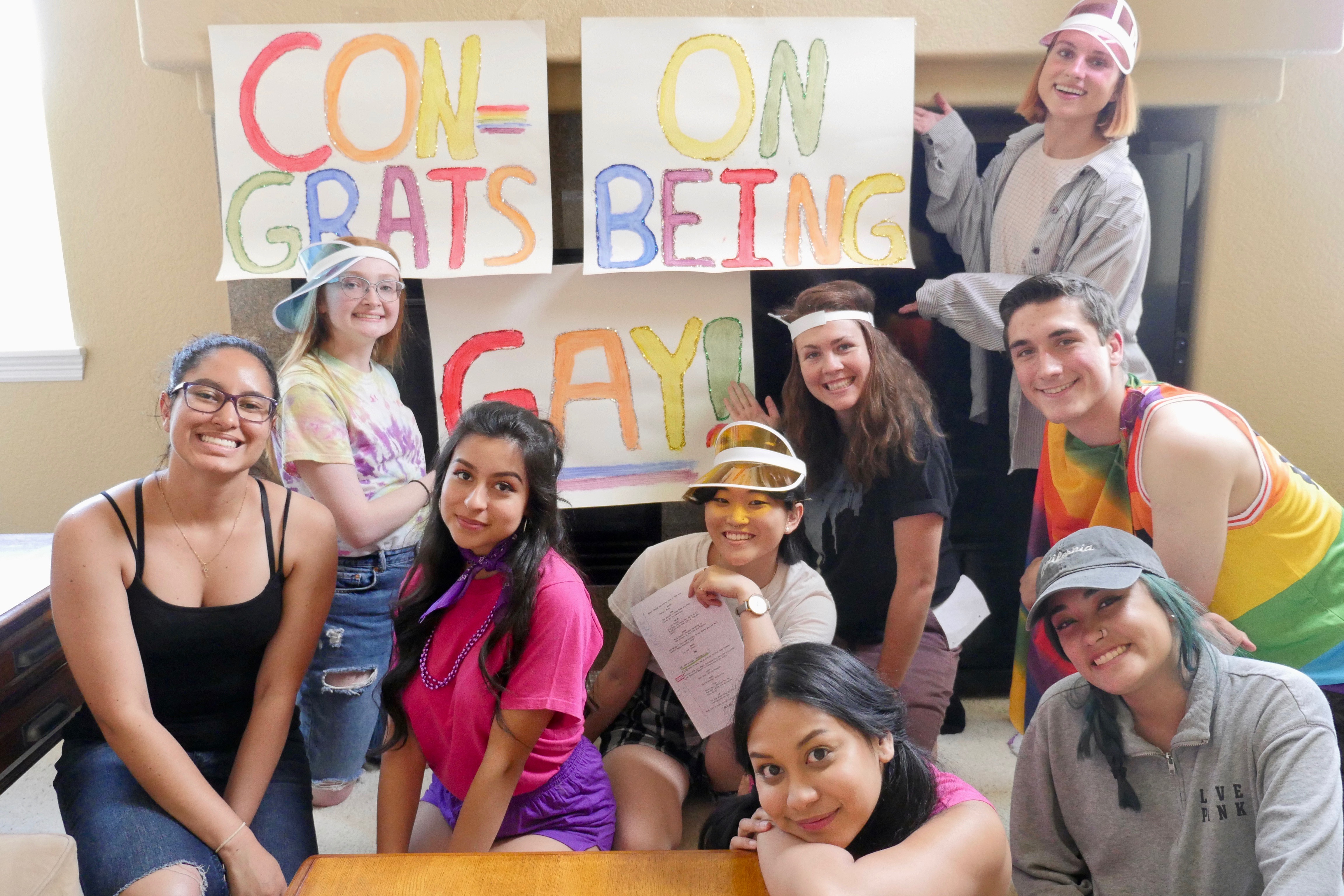 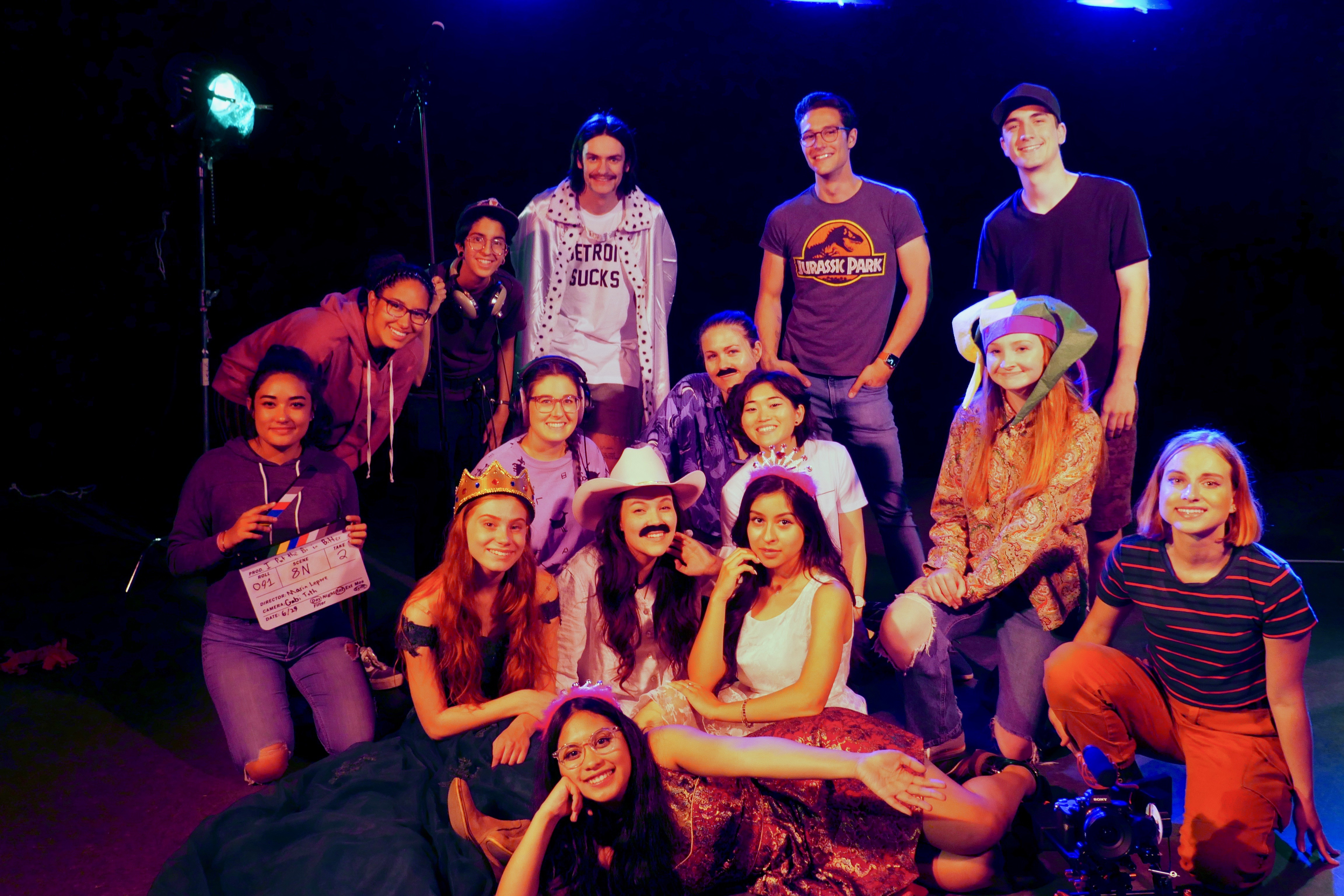