Meet Denise Zubizarreta of The Vamp DeVille in Uptown Today we’d like to introduce you to Denise Zubizarreta.

Denise, before we jump into specific questions about your art, why don’t you give us some details about you and your story.
I started painting after getting out of the US Navy and losing my husband who was also serving at the time. His death prompted me to move closer to family and I began a journey with art that was unexpected. I was lucky enough to get a live painting slot at Cafe TuTu Tango in Miami where I was also allowed to sell and display my works. I hadn’t yet realized what I really wanted to focus on with my art so I also bought a Nikon at a pawn shop in Miami and began photographing everything that I could.

In the midst of teaching myself different mediums, I began to put together music showcases in the South Florida area. I became consumed by the poster art and album cover art in the local music market. I then switched my focus to developing new and more graphic style posters for my local shows. This pushed me into digital art and it’s complexities that I didn’t know were possible.

I started early on photographing modes for a startup magazine venture called Rogue Vixens. In learning more techniques with photography I was also able to expand my knowledge in digital development with posters and social media designs to target new subscribers. Little did I know that work would end up pushing me into a career in project management with a plethora of local startups in the area.

Years later, I partnered into an online music magazine venture called The OMEN. I designed the website and wrote most of the content for our upcoming shows, reviews and blog. I ran The OMEN for almost three years before I was diagnosed with Ulcerative Colitis. This diagnosis meant a huge change to my life as I became violently ill and unable to much besides rest. After finding an IV infusion treatment in the second year of my diagnosis I finally achieved remission and I realized at that moment, everything needed to change. I wanted to focus on making art for myself.

Focusing on a new endeavor meant making huge changes and it certainly meant getting out of Florida and expanding my horizons. The move to Denver took over a year. I went from Hobe Sound, FL to Lawrence, KS and a year of saving for Denver began. After the move and getting situated with new doctors and a new healthcare team, the focus became art and how I was going to push myself further. I applied to RMCAD (Rocky Mountain College of Art & Design) and to my surprise, I was accepted. I knew this would really be a crucial step into my journey as an artist as well as a crucial step into my own new business, it’s impact and development. I had done plenty of things as The Vamp DeVille. I had modeled, hosted podcasts and become a daughter after album cover artist but it was time to really take Vamp to the next level.

Since beginning classes at RMCAD I’ve expanded and learned so much as an artist. I currently run an art, craft & swap event at Streets Denver the first Sunday of every month and I’m also the Student Government Association President for RMCAD. On top of all of this, I’m running my website TheVampDeVille.com and also expanding the colleges’ reach with our Veterans Association programming. Art has become what I wake up for in the morning. It’s my solace and my pain. It’s my frustration and my perspective on the world.

Overall, has it been relatively smooth? If not, what were some of the struggles along the way?
My life hasn’t ever really been smooth sailing. My experience in the military wasn’t the greatest and becoming a Gold Star Wife at 22 was most certainly never part of the plan. I’ve lost a lot of love, friendships and partnerships over the years and I’ve struggled with depression, PTSD, my health and my own insecurities consistently. I’ve lost every penny and had to start over more times than I can count. I took all of this as learning experiences and continued to forge forward even when I didn’t exactly know what forward really meant.

We’d love to hear more about your art.
I’m known for a few things. Since I’m a chronic overachiever I couldn’t just focus on myself at the beginning, I needed clients that were going to connect with me so I could forward my Art & Design business. I began pumping out album covers and tour art for various bands in multiple genres. I even designed product labels and social media content for various restaurants, businesses and other entrepreneurs looking to begin their business journey. Now, my digital art and political art is really what draws everyone in.

Any shoutouts? Who else deserves credit in this story – who has played a meaningful role?
I’ve always been an independent person. Because of that I typically don’t rely on anyone or any feedback to move forward. That’s why it’s so amazing to have the people I’ve had over the years trust and believe in me. It started with Cafe TuTu Tango taking a leap with an unknown painter which led to Rogue Vixens wanting new on their staff. The support of Vany Vicious at that time was impactful and imperative to my growth. She showed me what a strong, independent woman could do.

That confidence led me to MyCircles and the support of the startup community in South Florida thanks to Leon Gomez who also took a risk on me and has continued to be one of my biggest supporters. I wouldn’t have been able to expand The OMEN or my current business if it wasn’t for my Ex Joshua Schilling. He made a lot possible and supported me throughout one of the most difficult times in my life with my diagnosis.

RMCAD and its staff, faculty and student body have embraced me in a way that I could never imagine. Their guidance has changed me and caused so much growth in my art and myself. Also, everyone who’s purchased art from me or commissioned pieces are now part of a family that I didn’t think I’d ever been able to have. From the guys in Divisional Void to Marko Ruffolo of Black Skarf Productions who’s trusted in me for so many projects.

My mother has also been an essential influence and supporter. She’s always made me believe that I could achieve anything and when I chose to peruse art full-time, she made me realize that I had finally found the calling I longed for. 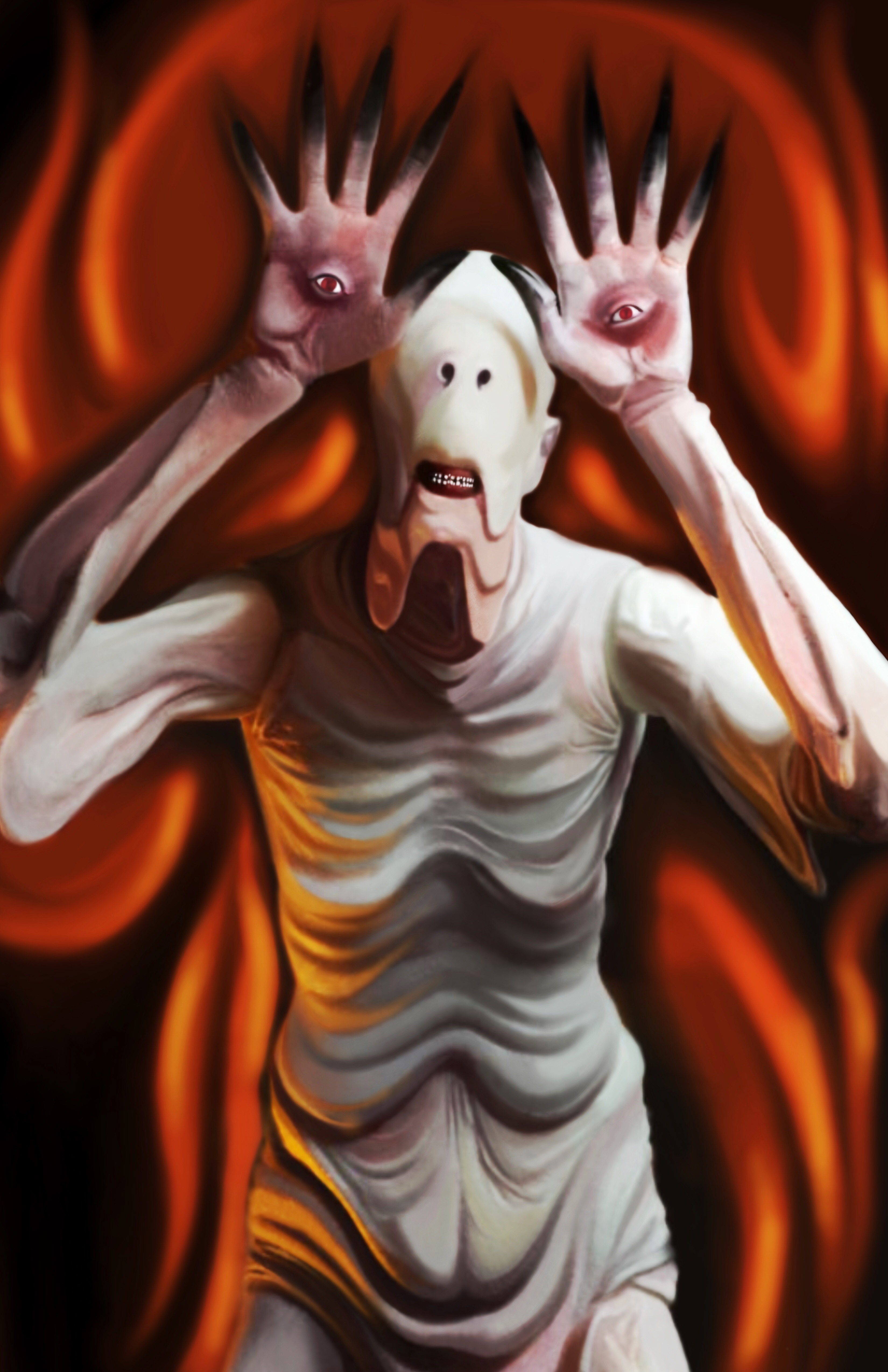 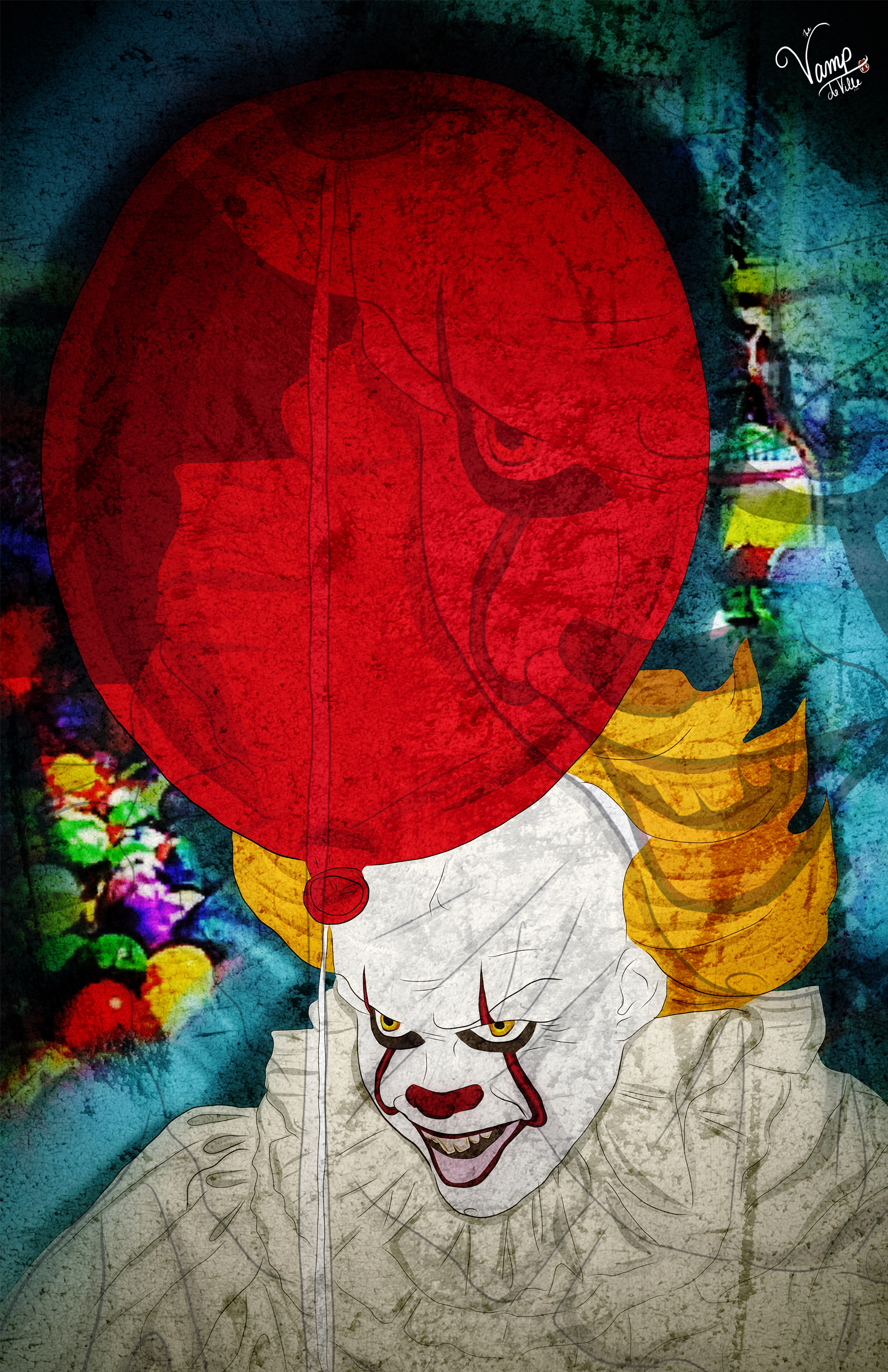 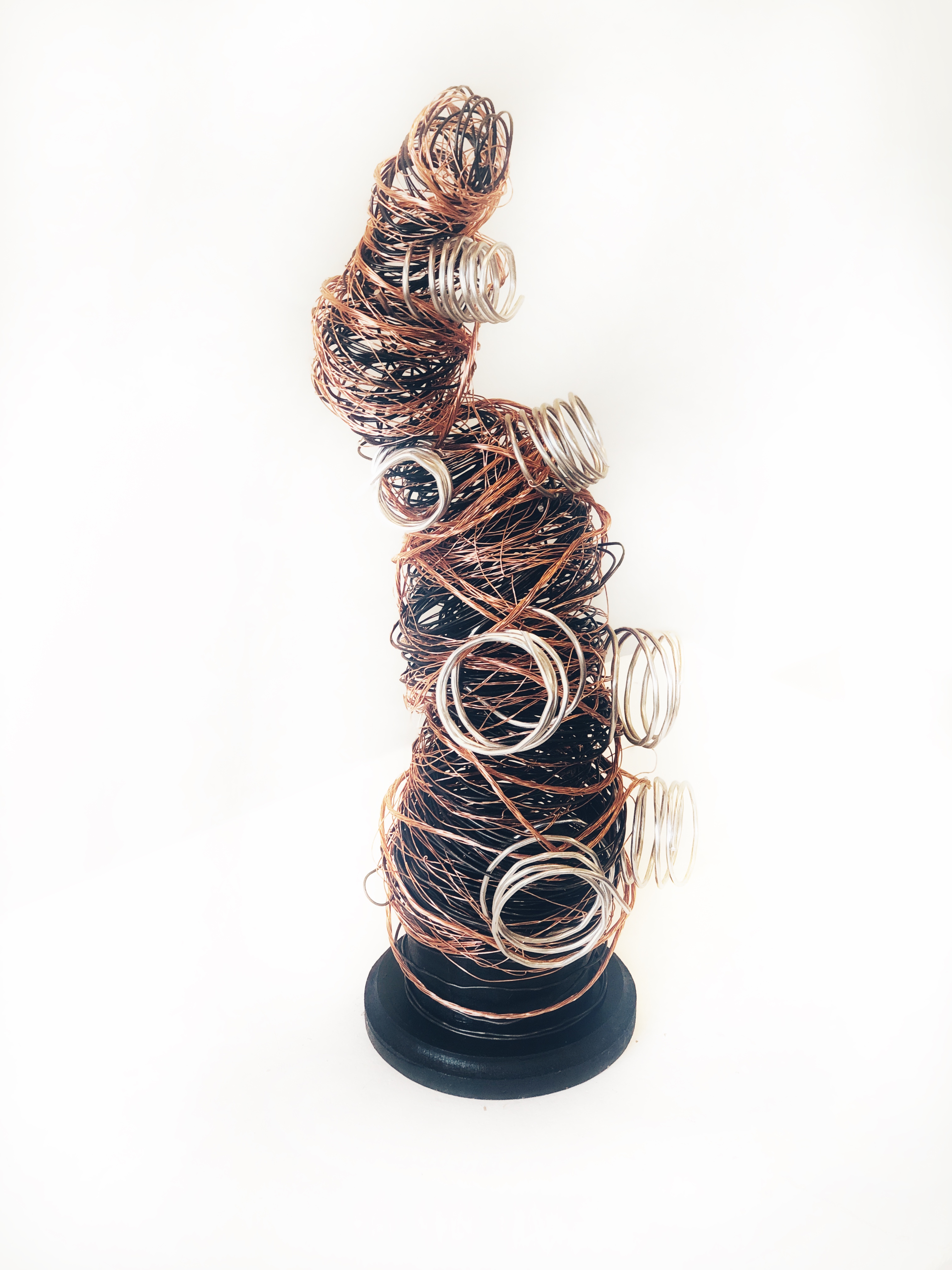 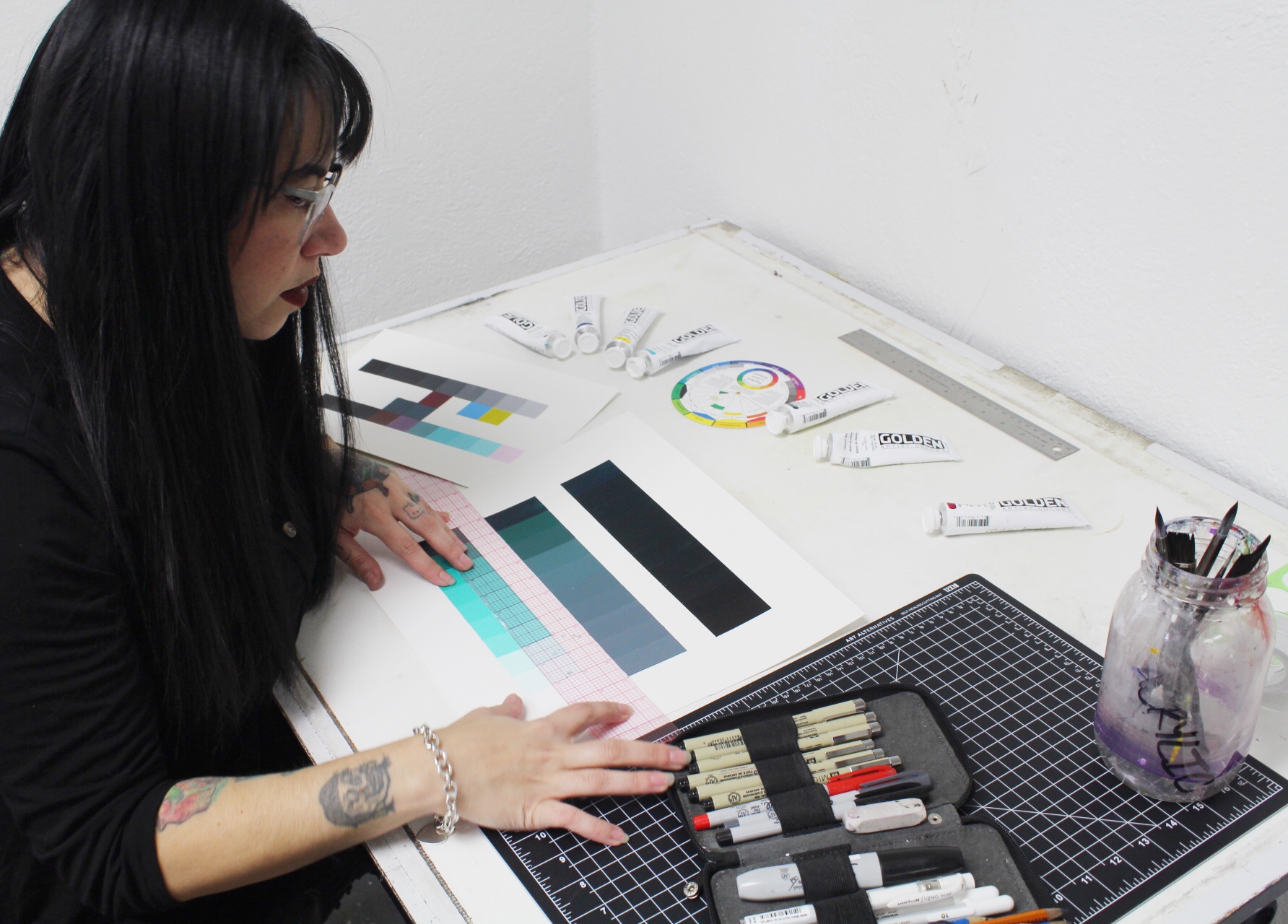