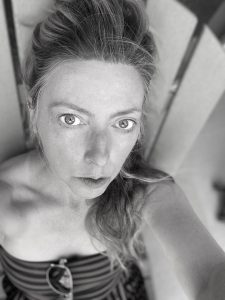 Today we’d like to introduce you to Ann Morgan.

Hi Ann, we’re thrilled to have a chance to learn your story today. So, before we get into specifics, maybe you can briefly walk us through how you got to where you are today?
My mother gave me crayons when I was still in my highchair. She says that she had to watch closely to make sure I didn’t try eating them – that was the start of my art career. I’m an only child with severe allergies, so while growing up I had a lot of time inside, alone, to draw. I had a routine of drawing and cutting things out while I watched Sesame Street. I documented my life in detail; my parents still have my earliest work: Sad looking lions at the zoo, clowns from the circus, my cousin’s graduation, Cookie Monster, and Elvis. I would send drawings with my Dad when he left for work so he could make copies, the next day I would color them, cut things out, and send them all again to be copied until the result was an unrecognizable mess.

In sixth grade, I was on the wrong mailing list and received a “reach out for college credit” brochure meant for juniors and seniors in high school at the local community college. I called and signed myself up for a watercolor class with Earl Robinette and left my parents to figure out how I was going to get there. I was the youngest by about five years and really wanted to quit after the first day, but both my parents were adamant that I had to suffer the consequences of impersonating my mother to take a college class. It was hard socially, but I ended up painting a Gold Key Scholastic Art award winner that summer.

The next summer, I studied with Elaine Perret, a family friend, and learned how to oil paint and build canvases. I paid for my lessons with labor by building canvases for both of us. I started going to the Detroit Institute of Art with Elaine fairly regularly, and then with my Dad. I fell in love with the Detroit Industry Murals by Diego Rivera and the many Van Goghs there.

At the end of my senior year in high school, I won a scholarship to Michigan State University (MSU) for studio art. That made up my mind as to where and what to study, but I didn’t have any concrete ideas about a career path. Graphic design at the time was all about glue and X-Acto knives, and I can’t use either without bleeding with things stuck to me, so that was out. I had been playing with computers since the Apple IIe, but I didn’t see much of a connection between computers and art back then. I loved my programming classes and did well in them, but to study computer science at the time stressed a strong background in math, which I did not love.

By the time I graduated from MSU with a bachelor’s in fine art with a focus in painting, everything had changed. I learned HTML (what there was of it) from a friend and started designing websites as well as working with Photoshop. I started on a master’s at New York University (NYU) but decided during my first semester that I wanted to work in technology instead of eventually being an art professor. Painting seemed old and dead, and web development was new and fascinating.

I didn’t have the intention of stopping painting entirely, but I did for nearly twenty years. I did a lot of digital art both personally and professionally, as well as designing websites, teaching computer skills, doing UI (user interface) work for software, and working at an association. In 2019, stressed and with health issues, I decided to quit my job and start painting again.

We all face challenges, but looking back would you describe it as a relatively smooth road?
I never quit thinking of myself as an artist and assumed some day I would have time to paint again. I just…didn’t. The software company where I worked was in startup mode, and I really enjoyed my work and my coworkers. I bounced around a lot doing lots of visual UI work, the website, and marketing while I was there.

Between moving cross country twice after leaving software and having a very intense position at the association, I never had the time or creative energy to do much on my own. Over the years I collected photos and screenshots and stored them in a folder on my desktop called simply “Art Stuff”. I thought about painting more and more as the years progressed, but oil painting on a large scale like I love to do is impossible to do at home and I knew I wouldn’t have the time outside of work to justify renting a studio.

I had a similar life crisis in 2019 like I did during graduate school at NYU – a sudden thought of I can’t do this anymore which I had to act on.

Quitting my very stressful but predictable job was one of the hardest decisions I’ve ever made. I spent a few months floating, doing mostly contract work and only dabbling with painting again at a part-time community studio. A few months later, after visiting the Clyfford Still Museum, I decided it was now or never to paint large oils like I wanted to, and got a small private studio at GRACe in Denver.

Painting after a twenty-year break has been challenging, not only technically with having to re-learn and remember my craft, but because the entire landscape of art has changed. Social media has changed things for the better, as soon as I was making any art I was able to post it. I was also able to find a community of artists in Denver beyond my own studio through Instagram, which was really important during the pandemic. Real-life networking was canceled right when I started having work I wanted to show, which was difficult but really provided a lot of time I wouldn’t have otherwise to think and work.

Thanks for sharing that. So, maybe next you can tell us a bit more about your work?
I mostly paint large – really large, 60 x 48 inches tends to be the smallest – in brightly colored oils. I even mix my own neon pink paint using oil soluble pigment and oil medium. My subject is nature, but not directly from the natural world. I use my photos, friends’ photos, photos taken from the internet and news, and create new, strange environments with them using Photoshop, Illustrator, and an AI program called RunwayML. I think of my paintings of a retelling of nature after it doesn’t exist as we know it anymore, which is quickly happening in real time because of global warming.

That’s where my paintings start, but I really like to leave them open and abstract enough so that viewers can bring their own narrative to my work.

I think what really sets me apart from others is the scale and searing quality to the color of my paintings. My work really takes up space, both size-wise and with visual force – absolutely inescapable. Being heard when you are female is incredibly difficult and taking up space of any kind – physically or intellectually, etc. – is heavily discouraged. Making work that unapologetically takes over any space feels victorious.

Also setting me apart from many artists is my use of technology. When I was in school, art and technology were very separate – almost at odds with each other. The question was (and always is) “is painting dead”? Painting didn’t have a relationship with the technology I loved so much back then.

Now, my process uses painting and a variety of technologies seamlessly. My sketches are all created digitally, and I project those images on my canvases using a simple projector like I did in thousands of professional meetings. I get the image on canvas by tracing the projection with paint, but I’m doing so in the dark – turning on the lights is always a surprise. Then I paint until the piece is finished. Occasionally I’ll do a new digital sketch and project on the painting again. I sell prints of my large works so more people have a chance to enjoy them at home without having a large wall and budget, so the finished paintings kind of go back to where they started as a digital file. I appreciate how many digital lives one physical painting of mine can have.

What do you like best about our city? What do you like least?
I like that Denver feels both like a big city and a small town. There are lots of art events, great food experiences from high-end restaurants to food trucks, great wine, but none of it feels pretentious. I love that even in the dead of winter there will be sunny days that can be spent outside in the city, and of course, there are infinite activities in the mountains nearby. I’ve found that the art community is friendly and feels small even though there are so many artists.

Denver is so great that everyone is moving here! It makes securing a place to live and driving a lot like it was in Washington D.C. and is rapidly becoming just as expensive, which I’m not loving but it’s to be expected. 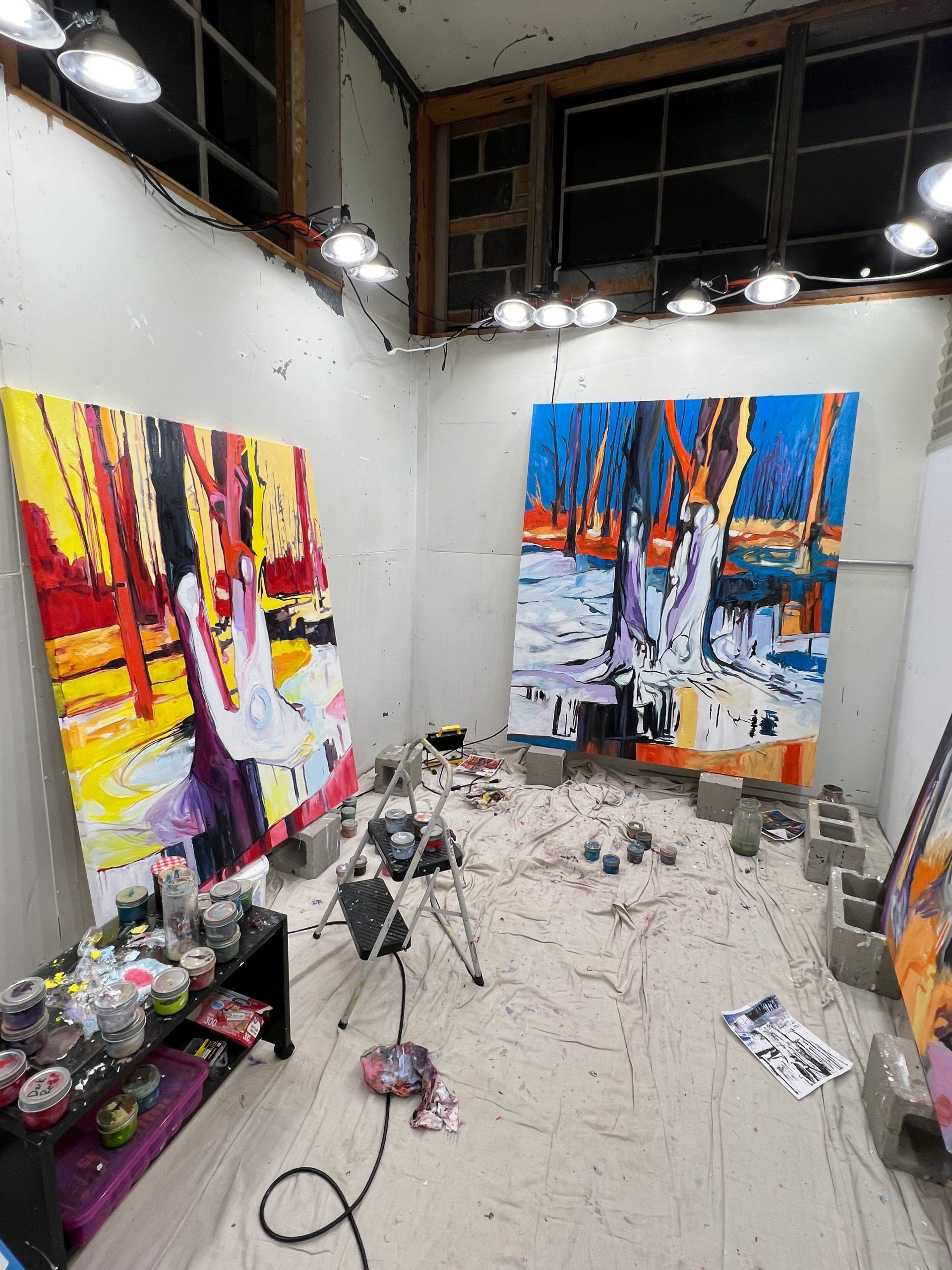 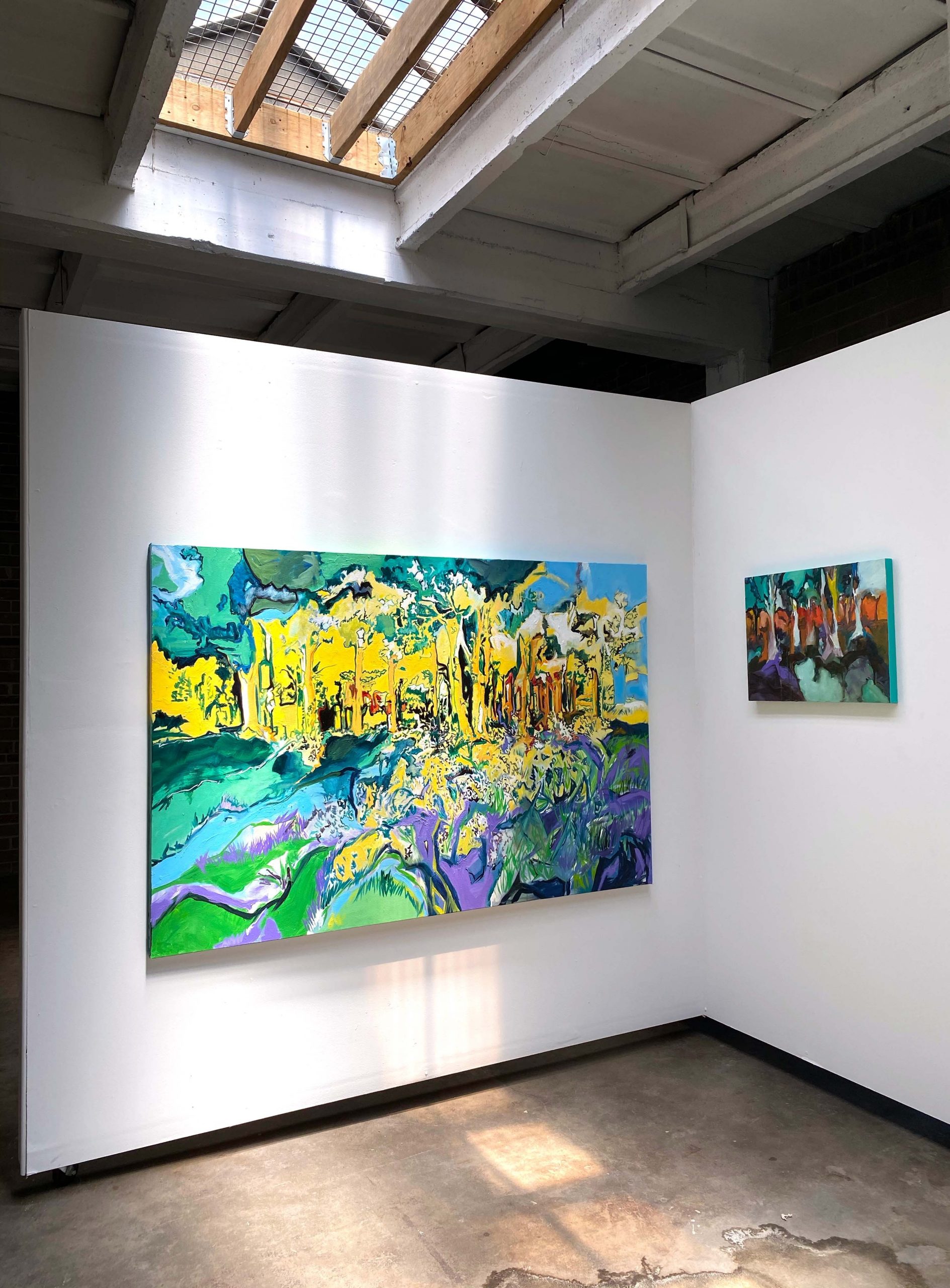 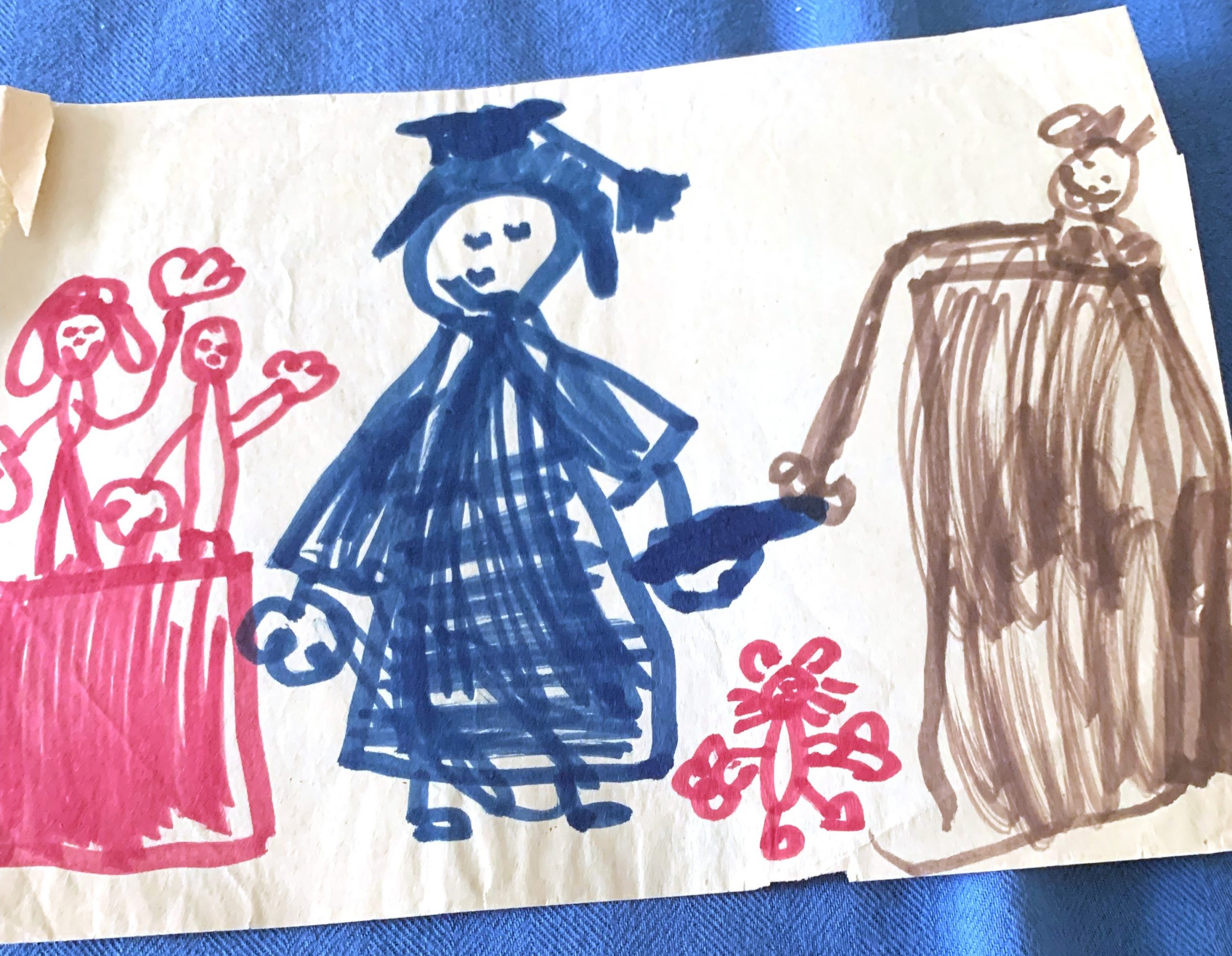