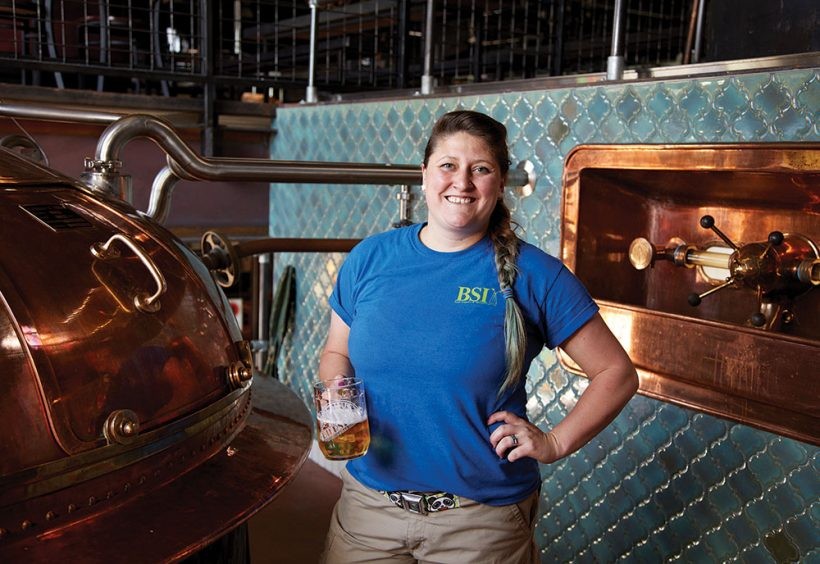 Today we’d like to introduce you to Ashleigh Carter.

Alright, so thank you so much for sharing your story and insight with our readers. To kick things off, can you tell us a bit about how you got started?
I am a Colorado Native and grew up in Aurora. I received a Division I scholarship and played 4 years of soccer at The University of North Carolina Asheville where I also got my Bachelor’s Degree in Pure Mathematics. Asheville is a town known for its small businesses and craft beer was definitely part of that so we were lucky there that we had access to more than just the typical mass-produced options. I didn’t know at this time that I would be so drawn to this industry. I spent the next couple of years moving around the country, coaching college soccer when I decided to move back home and figure out what I really wanted to do with my life. Through all my moves I started to become more and more interested in Craft beer and microbreweries and after some thought I decided to buy some books and learn about home brewing; it seemed to be the perfect thing for me combining my love of all things science and math and doing physical activity. As soon as I started home brewing, I was instantly frustrated with the lack of control for something that needs it in order to really be good so it started my obsession with learning as much as I could about how the professionals do it. I had an award-winning brewery (Dry Dock) close to my dad’s house and got a job there at their homebrew store and from that moment I was hooked; you couldn’t keep me out of there. I was probably pretty annoying but I wanted to learn as much as possible and started volunteering in the brewery. When an official position opened up, they offered it to me and I took my first professional brewing job in early 2011 at the age of 26. The Head Brewer at the time was Bill Eye, and we didn’t know then that meeting there would have a profound effect on both of our lives, we shared a lot in common the least of which was a strong interest in brewing lager. He opened a brewery after his time at Dry Dock and brought me over to be a brewer with him at his new project which was a primarily German Style Brewery. I have known in my life for a long time that I am not exactly cut out to work for anyone and after a short stint at my second brewery both Bill and I decided that it was time that we worked for ourselves and thus Bierstadt was born. a brewery doing exactly what we wanted to do.

I’m sure you wouldn’t say it’s been obstacle-free, but so far would you say the journey has been a fairly smooth road?
It has definitely not been a smooth road; I’d like to meet any person it is smooth for because I don’t think that can exist. There were issues with Bill leaving his former company whole, securing funding, leases, delays in construction, living on Ramen. Then there is when you are finally able to get open and a whole other set of obstacles presents itself; getting people to come, strained financials due to delays, personnel. And then in 4 years to begin getting on solid footing and a worldwide pandemic wipes out the progress that we worked so hard for. This story of course is not unique and we have a shared experience with so many other small business owners. Despite all of that the one thing I have always thought has helped us through is that Bill and I have always been steadfast on what we wanted to do even if we haven’t always known exactly how we were going to get there. Our “Why” and “What” have always been the same so despite other struggles that luckily has never been one.

Appreciate you sharing that. What else should we know about what you do?
I am the Head Brewer and Co-Owner of a Lager-only brewery in Denver, Colorado. We brew beer on a 90-year-old all copper brewhouse that we brought over from Germany and reassembled. We are known in the industry as traditionalists and unlike a lot of other breweries, we have chosen to mostly focus on 3 beers and have a limited amount of seasonals or rotational offerings. We make beer as traditionally as possible; you would have to get on an airplane to experience it as fresh in Germany. Our most recognizable beer is our Slow Pour Pils; a traditional German-Style Pils, perfectly bright, soft bitterness, and dusty hop aroma. It comes in its own special stemmed glass with beautiful foam stacking over the rim. It really is quite a sight to see, poured in 3 purposeful steps taking 5-7 minutes every time. Pouring that beer is an art and our bartenders are incredible at it and they never fail. This beer has been named the Colorado Beer of the year 5 out of the last six years including this year. Our sleeper beer is the Helles, which also comes in its own glass, a mug, and doesn’t need an instructional manual to drink. What sets us apart is our focus on one style of beer when there is a lot of pressure out there to be everything to everyone.

Do you have any memories from childhood that you can share with us?
This is a tough one. I don’t know that I can point to one memory and I’m honestly not sure when I stopped being a child but I can probably name 100 times on the soccer field. That was for sure my happy place, and where I learned the most about myself (good and bad), surrounded by friends and a family that was always there to watch and support. 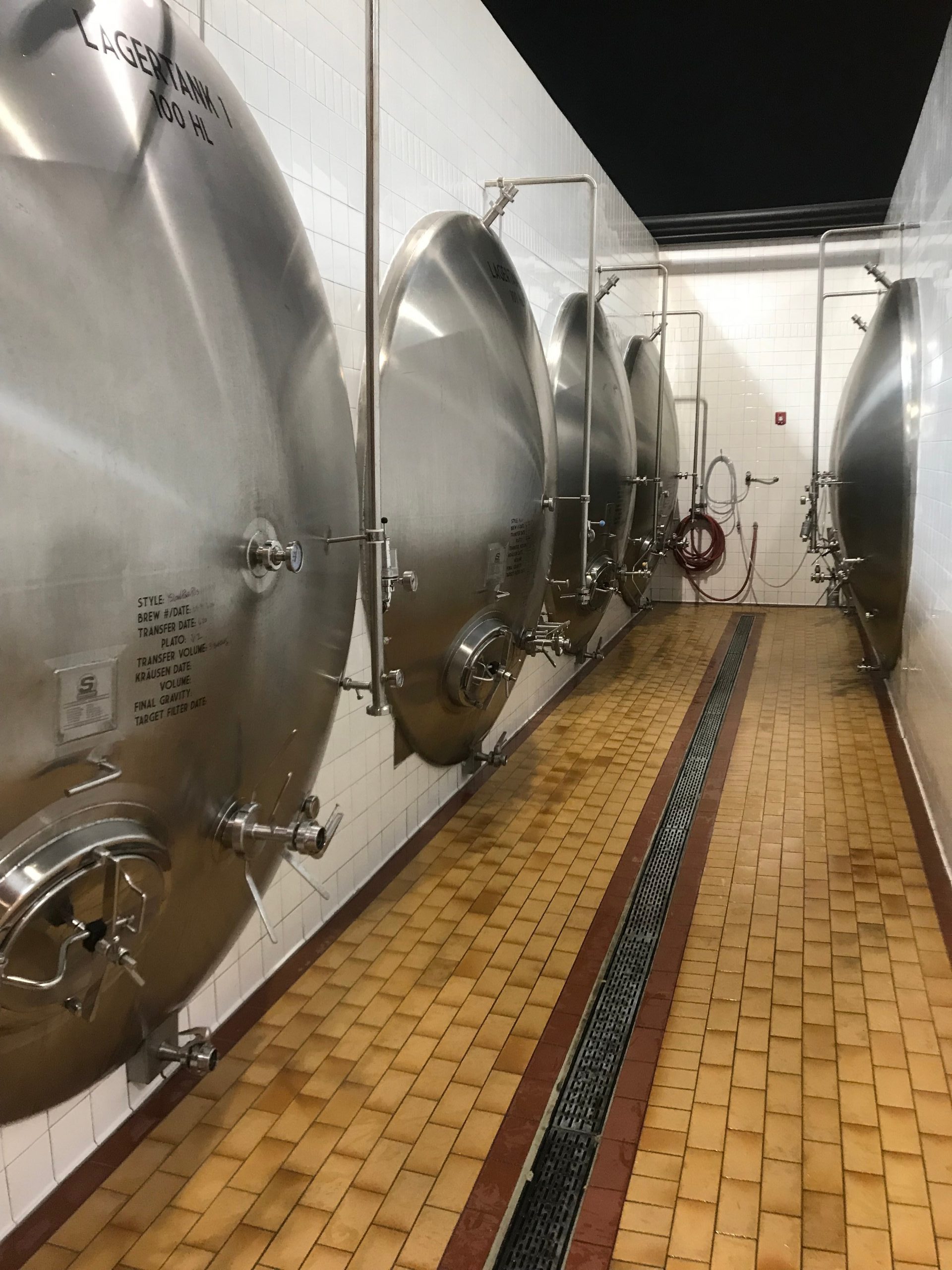 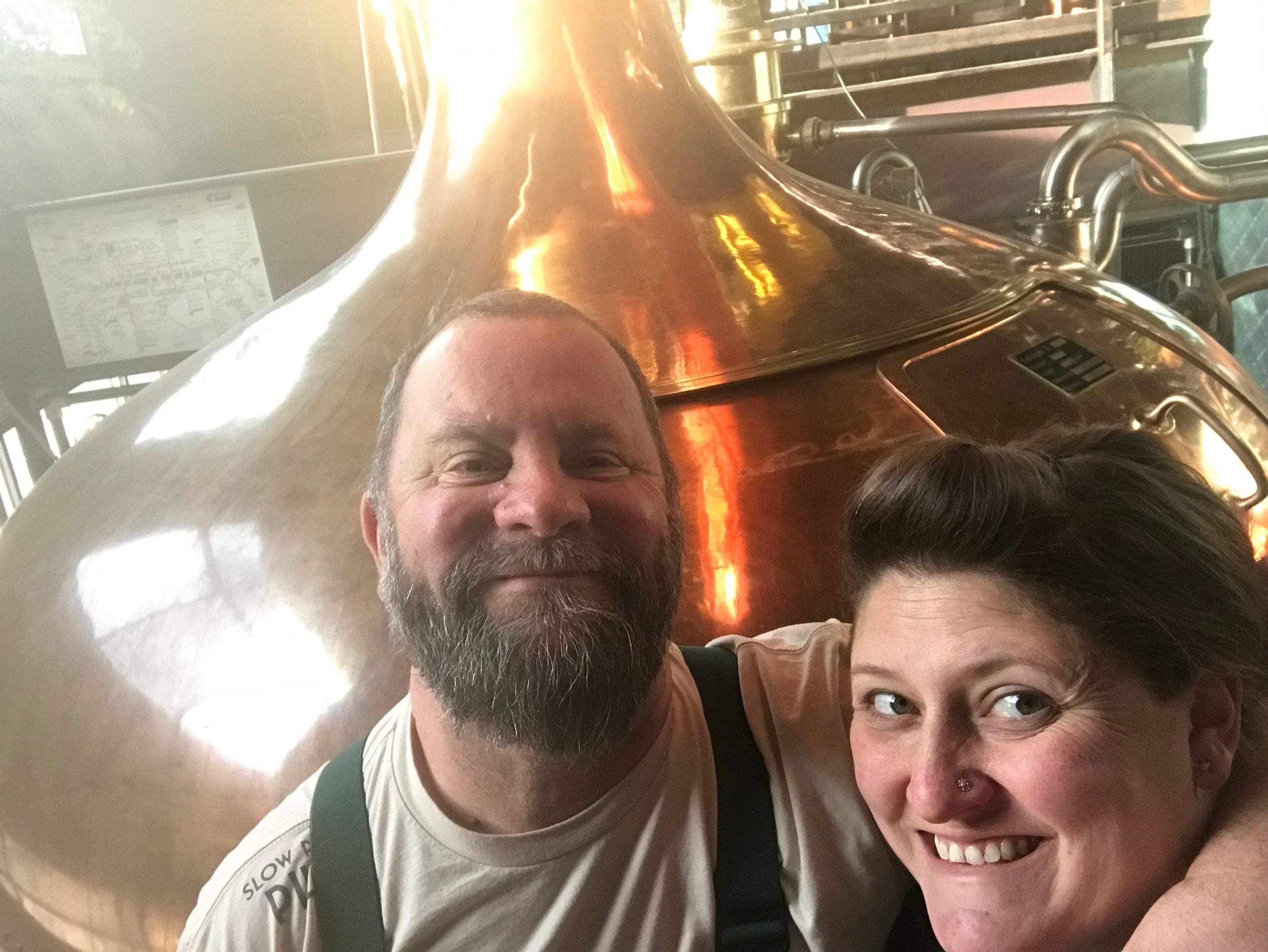 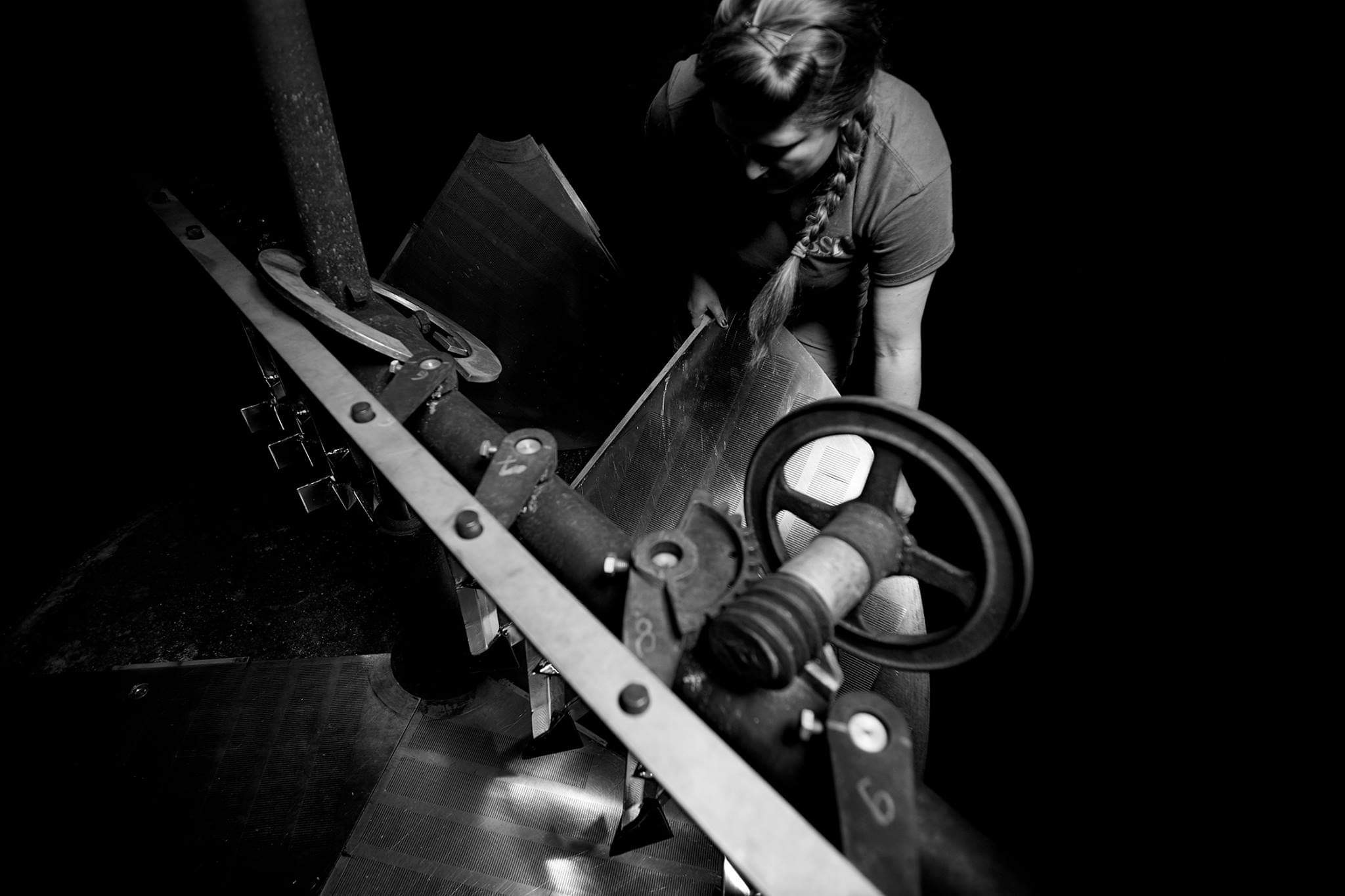 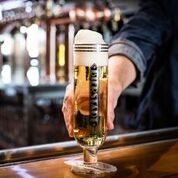 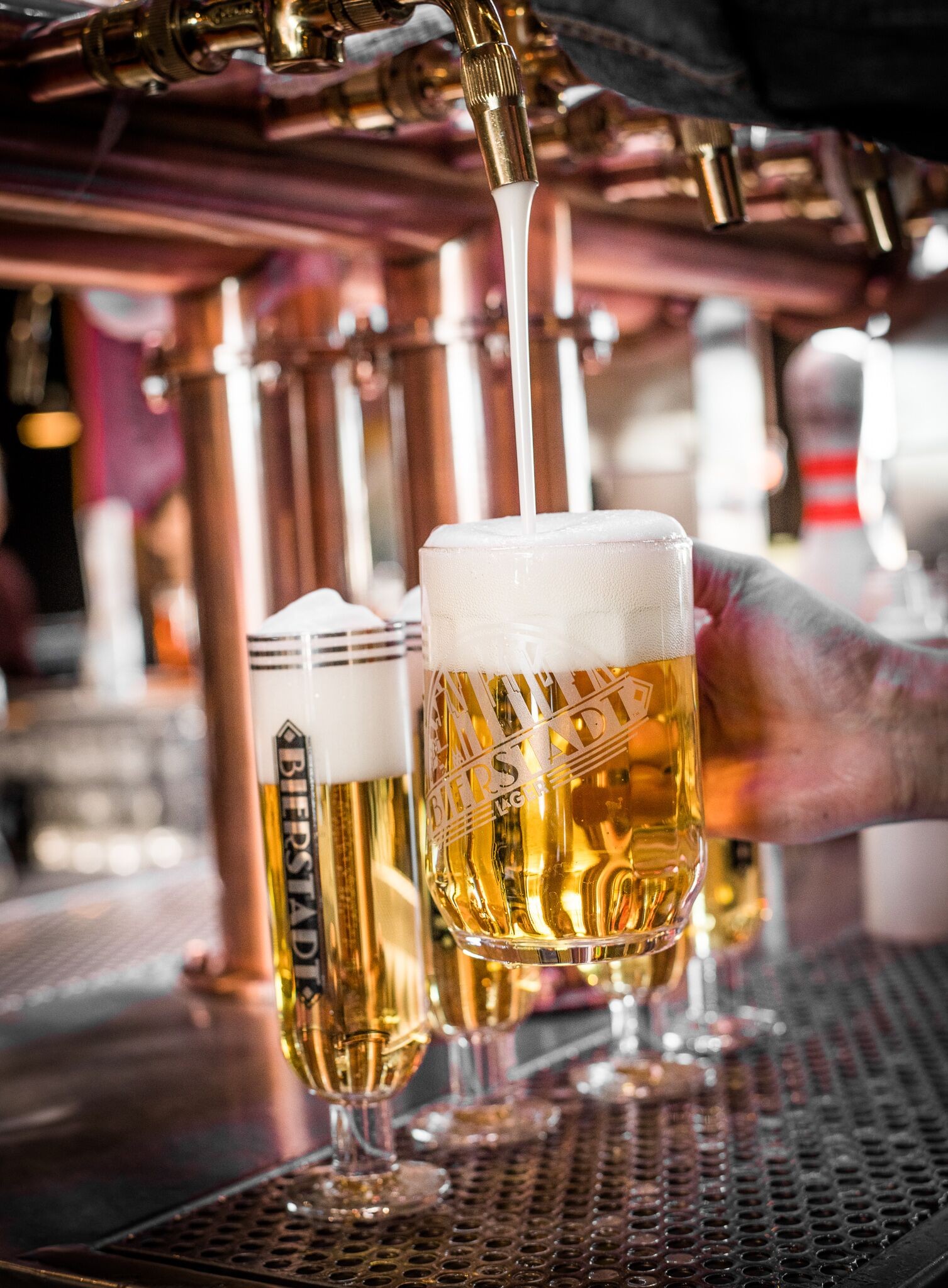