Life and Work with Melissa Lycan 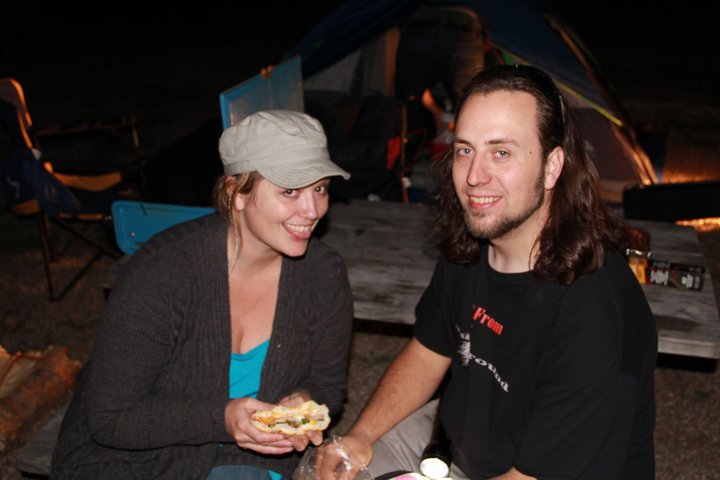 Today we’d like to introduce you to Melissa Lycan.

Melissa, please share your story with us. How did you get to where you are today?
My path was nothing resembling a traditional upbringing. Most of us can say this and we all live a unique existence, however, in order to know where I’m going, you need to know where I’ve been and you are the first to tell this story. Born in Alaska I lived there for my first 4 years, I went to elementary school on the Southern Ute reservation in Ignacio Colorado, a middle school in Durango and HS in Colorado Springs. I was tagged GT right away and spent most of my academic career communicating with adults and doing independent study. I began piano at 8 years old, yet my true love was Lyrical. I wrote poetry like it was going out of style. The smell of the pencil or the unique rhyme on the tongue was a simple pleasure. It was always a struggle socially because I didn’t integrate with other kids well. At 14, I was in a major accident and suffered a severe concussion, it didn’t affect my cognitive skills but did effect the emotional center of my brain. I could no longer recognize the boundaries between my emotions and other peoples. It fueled my writing but hindered my connection to the world because of my quick reactions and constant misunderstanding of intention.

Within two years, I chose to leave high school at 16 because I couldn’t make friends and enrolled in community college. Still a bit young and naive and pranced into adulting without a clue as to the true nature of people. Long story short, I was raped by three 21 y/o guys that were friends with my boyfriend. I don’t remember many details because I was roofied. #metoo The result was a beautiful little boy I was incapable of raising due to the head trauma and PTSD from the sexual assault. So, I gave him to my parents to raise him when they offered. The hardest thing I have ever done in my life yet the best gift I could have offered the beautiful child.

For years, I defeated my own dreams through self defamation and negative internal speak. I stopped writing music at all for ten years. I called myself worthless began using sex and drugs to numb the pain and dull the flashbacks. They were like distant nightmares that pervaded my sleep. My passions were vast and unfocused most of the next ten years while psychologists used my brain as a test subject for new drug trials. (Proudly pharma free for 12 years.) The prescription drugs did one thing, they allowed me to feel nothing so I could focus.

My career took me all over in sales, from Seattle to Toronto to Hawaii and even Alaska, yet I was never able to find a place that felt like home or life derailed me emotionally every few years. I worked in Nursing, Software, Non-Profit, & Renewable Energy before the recession and even had an incredible daughter with my first husband. I was still struggling with both the head trauma and the assault and had problems forming lasting connections with people, yet I maintained my lack of confidence and debilitating self-talk. My entire internal dialog only began to change in 2007 when I met the love of my life, Jason Lycan. Though cliche, love and time really do heal all wounds.

He encouraged me to get back to my roots. Strip away the prescriptions and fears and get back to the little girl that sang at the top of her lungs about birds and loving rainbows. The road back was indeed a rocky one. I began singing and writing again. The memories flooded in massive waves at first but gradually over time became more like the tide. He sat with me during long nights of the soul and allowed me to process all of my anger, grief, blame and shame sometimes even taking it out on him. In 2008 we started a business promoting concerts and printing T-shirts on the coattails of a major recession. In 2010 when cotton became more costly, I decided to return to college and finish the Bachelor’s degree in Music Business that I had been picking away at for a decade. By 2013, I was managing bands on tours around the country at big festivals like Rockapalooza in Michigan. Bands like: Larissa Vienna and the Strange, Novus Folium, Applebutter Express, A Memory Down, and Random Hero. Some bands I have worked with are still doing incredibly well in their markets. Others have faded.

Continued on in a Masters’s program in Business Intelligence and Big Data in 2015 so I could be more effective in marketing and strategy. Jason and I are writing our first songs together and by January 2016 we began to emerge from this beautiful transformative chrysalis to debut Nordic Daughter. These stories of my life began to take form and they evolved into these epic timeless renditions of art! My pain had created so much beauty, it’s a wonder there was ever such darkness that bore it. We added Violin, Drums and Bass in late 2017 and released the first album just a few months later. It exploded in Italy. The second was right on it’s heals in 2018 and it did so well that we decided to rerelease it with a publicist in January 2020. With the third album halfway recorded now, 2020 proves to be the biggest year for Nordic Daughter.

I found my way through to my true calling and in doing the hard work have given you all the chance to feel the most intimate parts of yourselves. My detour was my biggest blessing because the stories we have learned to weave with the music have come directly from my painful experiences and my ability to empathize with others. It’s incredible how life forges such beautiful landscapes from the most violent encounters and allows for change to happen cathartically.

Has it been a smooth road?
The Music Industry like every other industry I have encountered is full of people, many of them lonely, that either approach others with fear or love. My own fears ruled me for so long the best advice I can give women of any age is to listen to your fears and dissect where they come from. Don’t be afraid to take a risk on someone else’s good intention but avoid those people that are reactionary. They are often not coming from a place of love and fear makes people risky bedfellows, even you. I myself have been reactionary and it has cost me the promotion, the job, and even friendship and love. Learning to love unconditionally without fear or judgment in full faith has been the longest journey of my life. Think long and hard where your motives are born from before offering your advice, most people just want someone to listen to how they feel. Lend an ear.

Second point! Quite plainly look out for each other. I have sometimes felt pressured to conform to the status quo and I never do. When those moments of integrity cost you your job, accept it as a badge of honor and state it plainly in interviews. Ethics is a real requirement for company culture with anyone I work with and the right company will love your bravery. If history has taught us anything it is this: It’s written by the winners and oppressed people will rise up against imprisonment and injustice over and over again. The cycle ends when we break it. Your voice and your honor are the two things they can’t steal.

What do you do, what do you specialize in, what are you known for, etc. What are you most proud of? What sets you apart from others?
Most people know me for my heart, my music, my designs and my marketing ability. My band Nordic Daughter is almost like a Self Empowerment band, haha! Though we are not religious in anyway we do honor the seasons like we honor the ages of man. Rooted in alternative folk-rock, the Celtic influences in the melodies and violin add a unique sound in today’s musical era. The music and melodies are so unique and the stage performance is so high energy that the experience is memorable for every single patron. People seem to really love the music and the brand we have created.

Our unique brand offers such a blend of options to communities and budgets everywhere, more than just a traditional band performance with three or four other original bands playing. Though, we do love at least one of those in each market we visit because we get to really know other local musicians. We can hold the entire show too! We can provide several festival bonuses like drum circles, mead making workshops, mead and painting. The band also offers farm to table entertainment, and full 2-hour play Called “Born to be a Valkyrie” featuring Nordic Daughter music for those looking for higher budget productions. Finally, as a survivor, I provide a presentation and performance to colleges and HS’s around music therapy and my own story. Our approach is more about getting into a community for more than a night and really connecting with all of the organizations and people that matter the most, that make the greatest impacts on sustainability, organic agriculture, education and health. We want to support those in need everywhere we go through advocacy and programs.

I am proud of the recognition we received on the second album The Path. With the reMastered version releasing January 2020 with few additional bonus tracks and a few singles off the 3rd album coming out 4/4/2020, I can honestly say the best is yet to come.

Do you think there are structural or other barriers impeding the emergence of more female leaders?
The number of women choosing music is higher than in years past but still less than 20% of the music industry as a whole. It’s a risky business and, like acting, it has traditionally placed sexual barriers to entry on women and men, which is why many of us don’t make it in. Others made it because other women gave us a shot. Or men that had a daughter like you did the same. It sucks to have this conversation in 2020 because women’s suffrage was 102 years ago but we are still fighting the same fight! Generally, it is going to take less women fighting each other over the man’s opinion and standing beside each other in solidarity, with other strongmen advocating for the same changes. 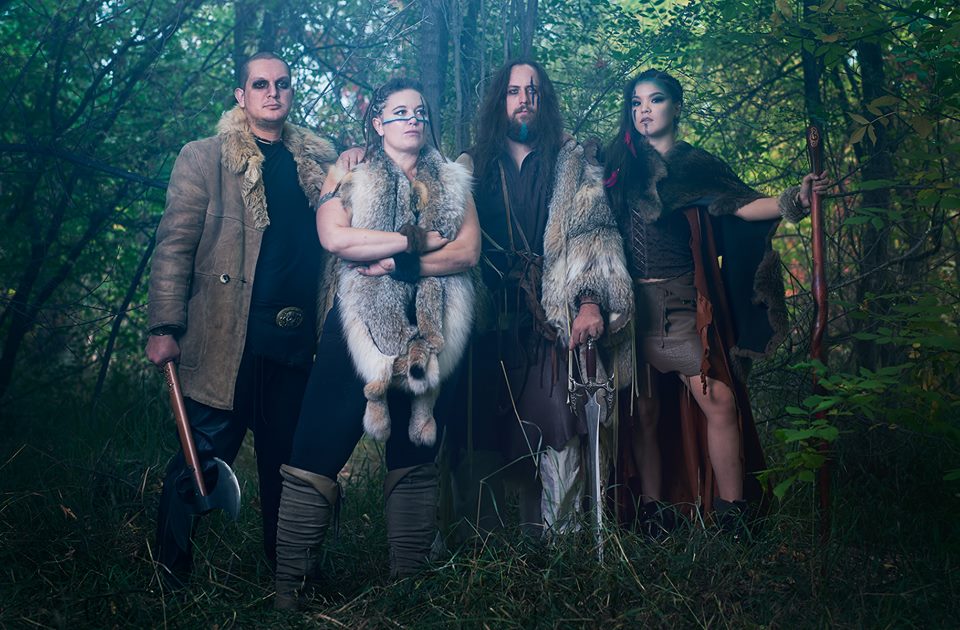 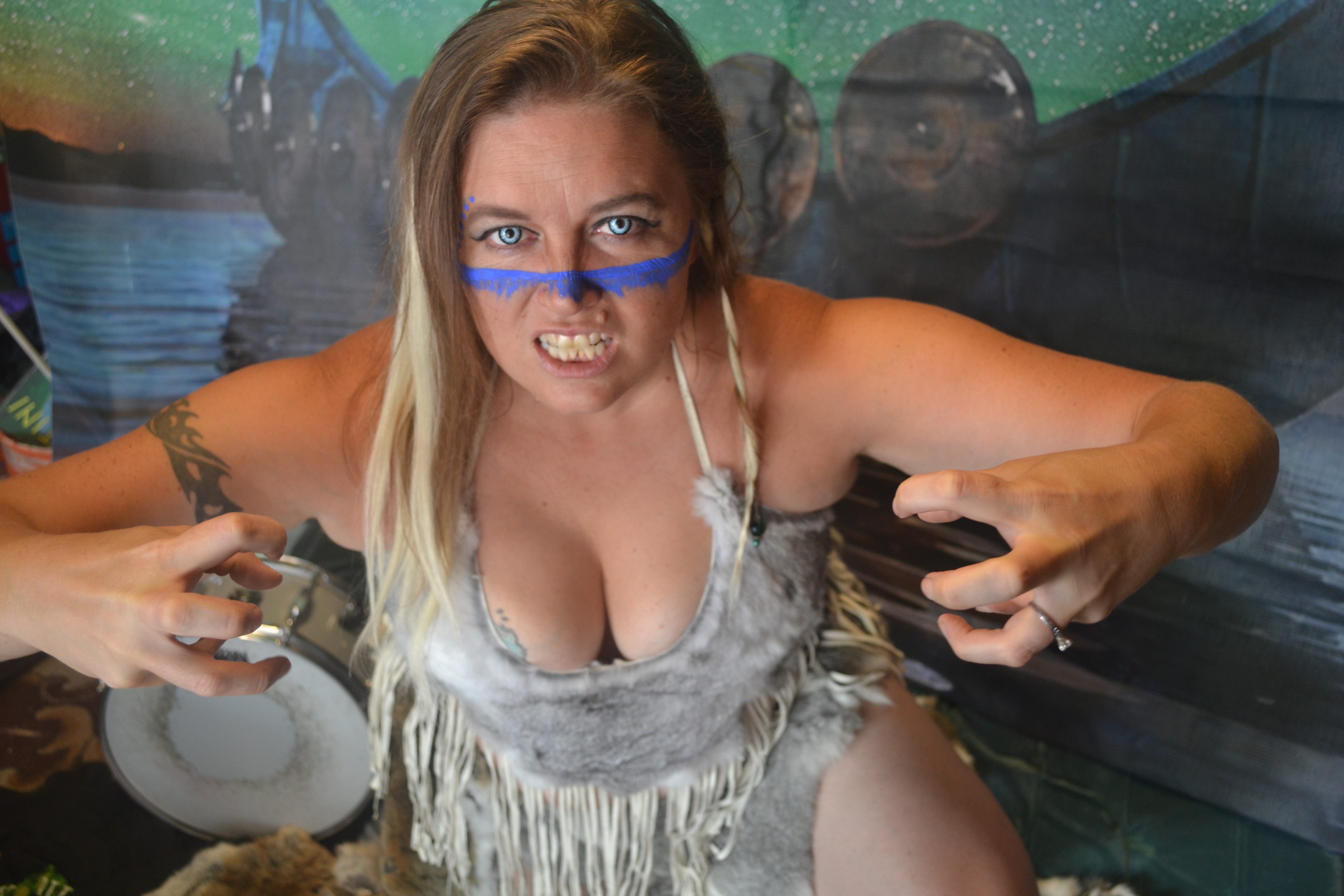 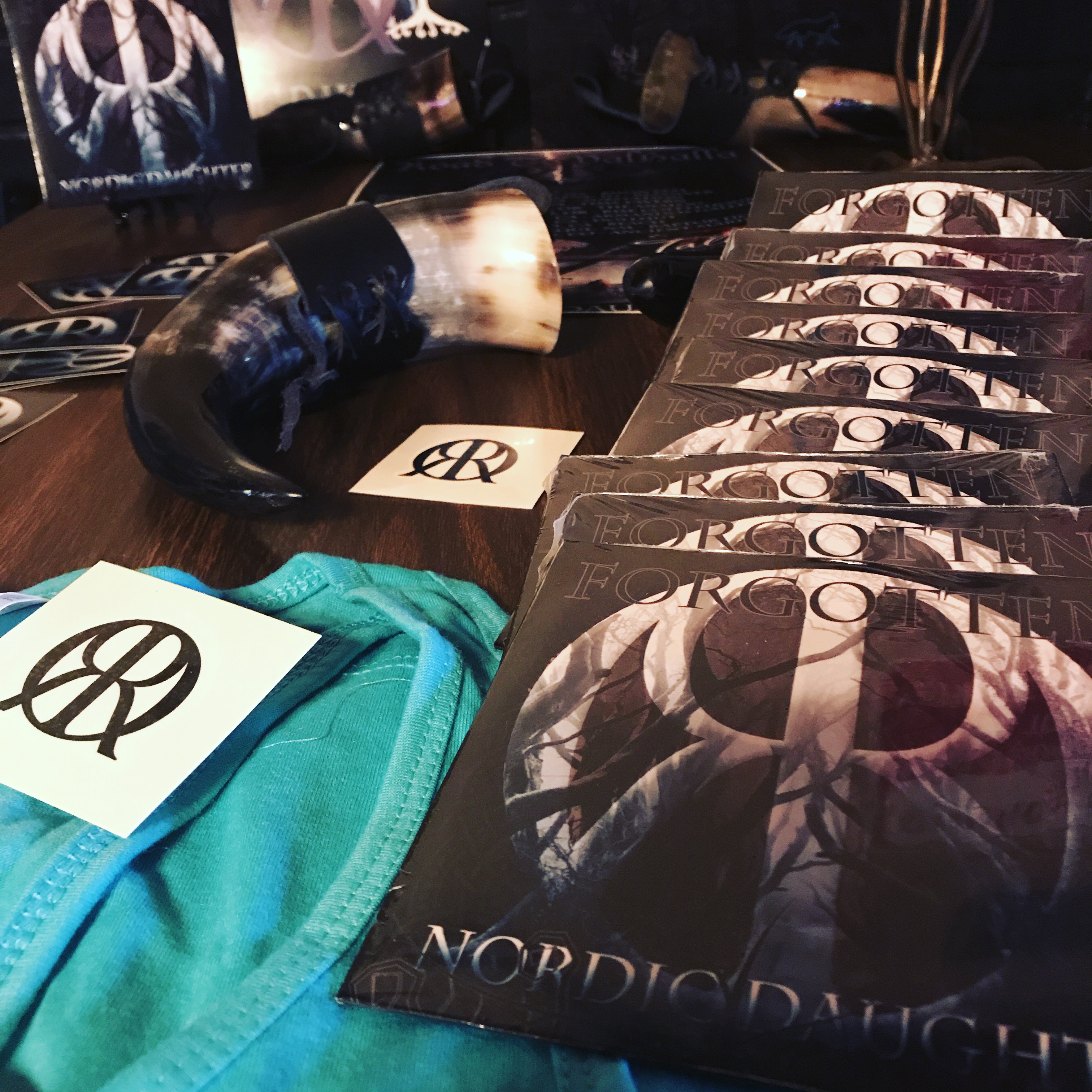 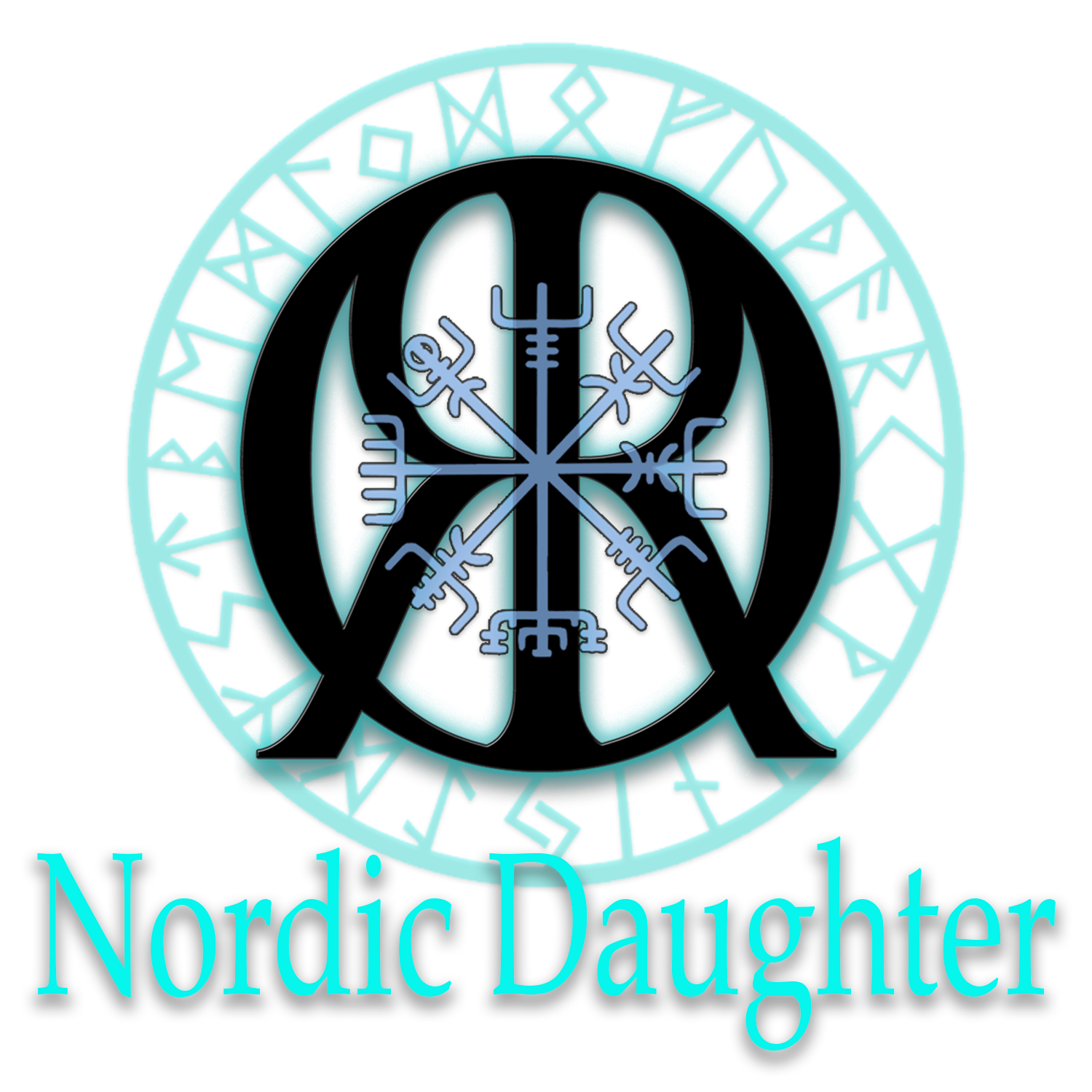 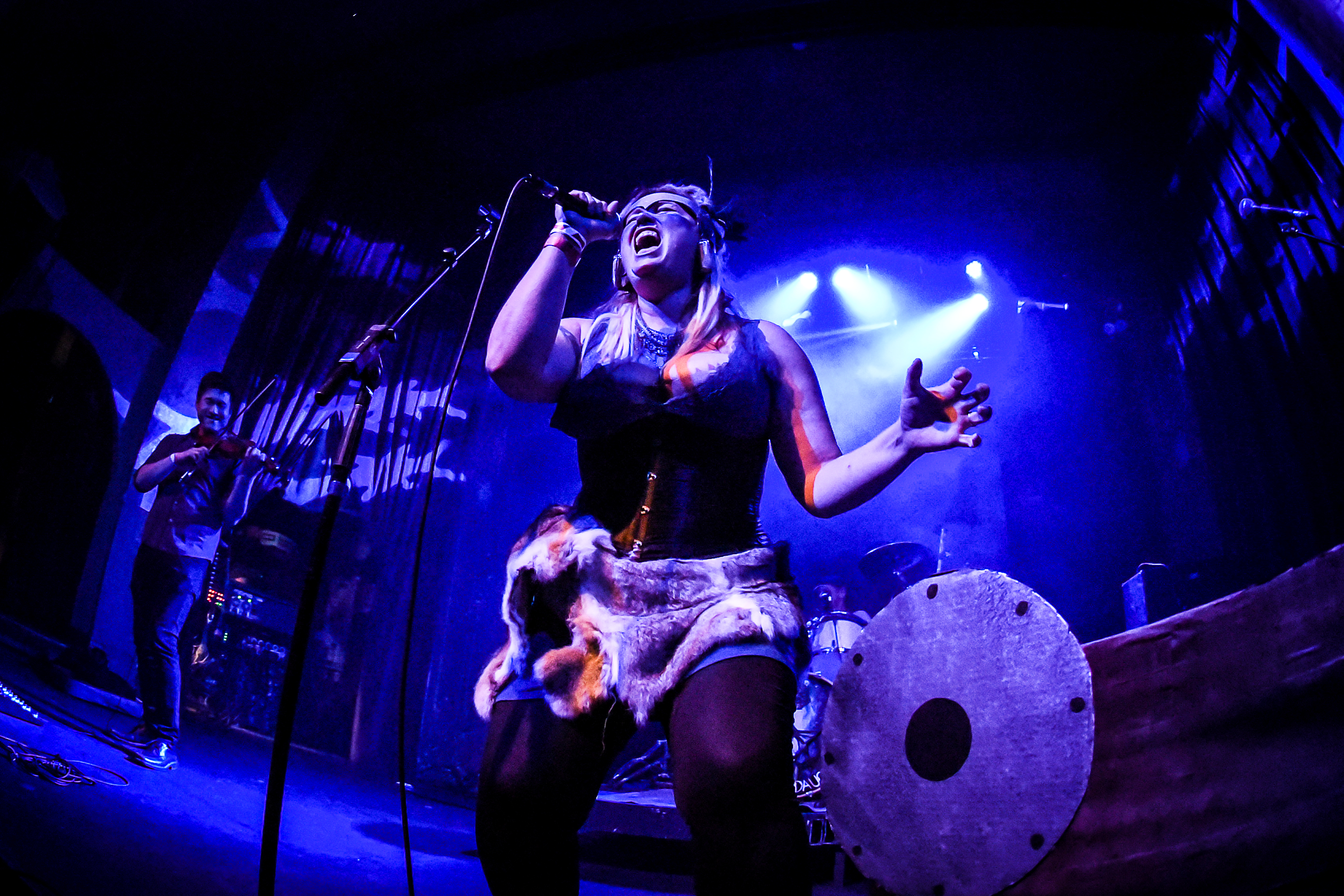 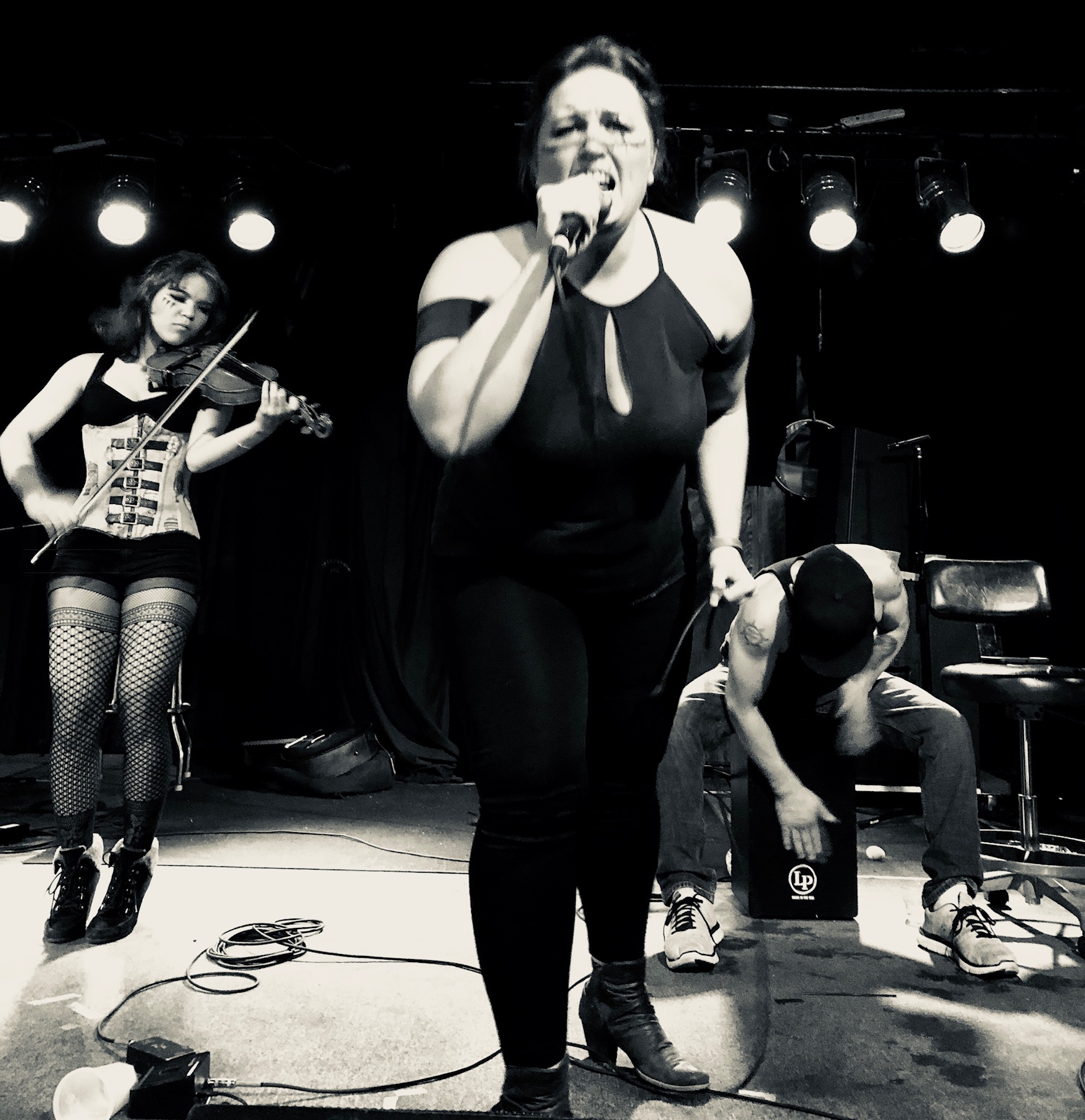 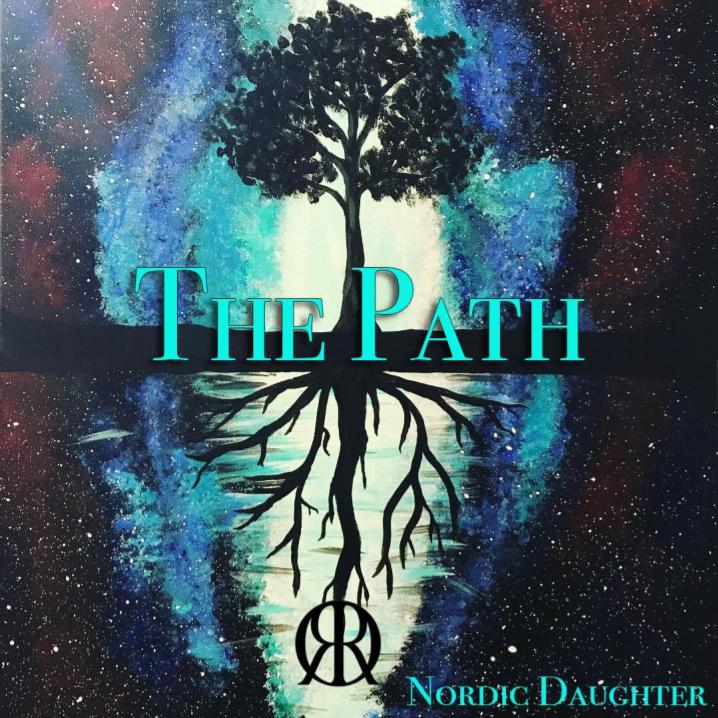 Image Credit:
The Still Photo in the green wood is credited to JJ Contantine and the live shot in color UnderExposed Photography and the Black and White is Jeff Klamut. The Fierce Furry one is credited to Raven Ventura. The rest are me.