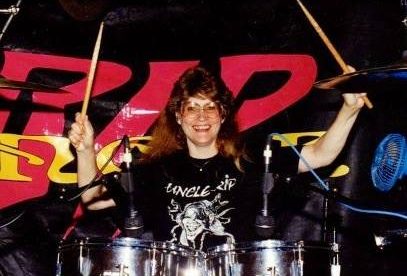 Today we’d like to introduce you to Barb Dye.

Barb, before we jump into specific questions, why don’t you give us some details about you and your story.
I have always been interested in music! Started taking viola lessons at the age of eight, went to guitar then piano. Ended up playing 14 different instruments, none of them very well except for the drums. I played drums in a rock band in high school and we entertained at U.S.O. shows all over Colorado & Wyoming. I majored in Geological sciences in college and minored in Music. Many years later, I was co-director of a stage play at the local high school and I heard a band practicing in the band room. I encouraged them to enter the local Kiwanis Club Stars of Tomorrow show and they won. They asked me to be their manager and I was hooked! I eventually went back to college and found an Entertainment Management degree at the University of Colorado – Denver and went for that. In 2002, I joined the Colorado Music Association (n/k/a COMBO).

In July 2005, I was elected president, a position I’ve been re-elected to since. I have tried to respect and utilize all the talents of our board members who all do something special in the “business” of music – photographers, sound engineers, artist management, marketing, talent, lawyers, and more. I am always on the lookout for unique artists because I love the management side. And I love networking and connecting people with the services they need to succeed in show business. I have been a judge for many contests (Kiwanis, Country Showdown, various clubs’ contests, Miss Colorado, etc.) but always try to talk to the contestant to tell them what area I thought they could use improvement in so that they could get better at their craft. In recent years, I have come to see how important songwriters are to the music industry and have tried to encourage that talent.

We’re always bombarded by how great it is to pursue your passion, etc – but we’ve spoken with enough people to know that it’s not always easy. Overall, would you say things have been easy for you?
So many struggles. Mostly the lack of payment or low payment for your services. So many people seem to feel that people who work in the music industry should not be paid. Bands are getting paid way less than they did 40 years ago, even 20 years ago. And they no longer get to play five nights a week and are lucky to get to play Friday and Saturday nights. No wonder so much talent has had to resort to uploading videos to the internet or to auditioning for television talent shows!

And with areas like Nashville’s Music Row being demolished, you can no longer “beat the streets” to try to get someone to listen to your demo tape. While it sounds like a great opportunity, it seems like so many people have developed “music services” on the internet but most of those want to charge you a fee — but they don’t tell you that the chances of you getting “discovered” that way are zilch — as they have thousands of other artists trying to get someone’s attention.

We’d love to hear more about your organization.
First of all, COMBO is a not-for-profit organization, formed in 1999 by Dolly Zander and a few others. David Barber, who continues as COMBO’s treasurer, was one of those founding members. Our goals were to help and assist musicians with the “business of music” which is not like any other business in the world. Musicians are so dependent on others — fans, friends, family, and businesses like instrument makers, recording and sound engineers, venues to entertain at — that will actually pay you for your time, talent, and training. COMBO holds general meetings once a month for at least six months of the year, with special events during the other months such as a holiday dinner, field trips, and participating in fairs and festivals.

The general meetings are geared toward teaching or advising musicians about some phase of the business. For instance, February’s meeting is on “How to Book Your Band” and the program’s speakers will continue in March with a program on “Gigging Tips Venue Owners Want You To Know” — two programs which will help musicians with how to approach booking agents and buyers, and then how to continue that good relationship with the sound engineer, stage manager, and staff at the venue after you get the gig.

Our programs usually feature guest speakers such as musicians who’ve “been there, done that” such as Kale Nelson (GM, Herman’s Hideaway), Mark Sundermeier (Talent Buyer and Booking Agent at the Buffalo Rose and Oriental Theater), and Andy Bercaw (Oriental Theater). David Barber will moderate the panel. And, to the best of our knowledge, there is no other non-profit like COMBO in the world. The rest of the music-based non-profits are there to help promote a certain style or genre of music — like the blues and jazz societies — but they do little to help a musician with how to copyright a song, how to find a publisher or how to get your music played on the radio or into movies, television shows or commercials!

What were you like growing up?
I loved to entertain. My mother was a dancer and I learned tap, ballet, and jazz from her. She tapped right up until she passed at the age of 96 in 2019. Somehow I always ended up doing something unusual on the stage — like when I was seven years old I suggested to my teacher that I could be a bunny and hop up & down on my toe shoes. My mom found out about this the night before the “show” so she quickly sewed a bunny costume for me. When I was in college, the marching band director stuck me on cymbals. I wasn’t too happy with that but decided that I wasn’t just going to march up and down the field clanging the cymbals together — I swirled them and twirled them instead! This was back in the days when half-time shows were actually televised.

And so, during one show, people told me that the camera was on me about half of the show! I played drums in a three-piece rock band whose set was mostly Ventures, Sandy Nelson, and Buddy Holly tunes. One of my bandmates was a girl who played slide steel guitar. We were in great demand for U.S.O shows. I also danced with a troupe and we were out almost every night of the week dancing at hospitals and U.S.O. Clubs, too. I was chosen to go on a Bob Hope U.S.O. Tour but couldn’t because I was only 17 and I had to be 21 to go. 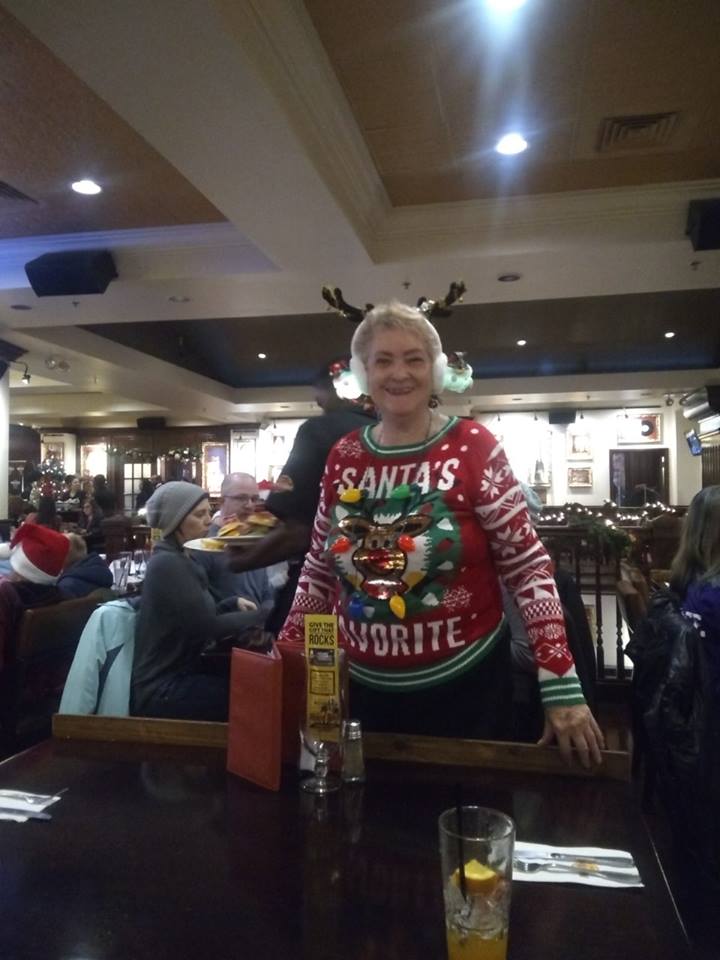