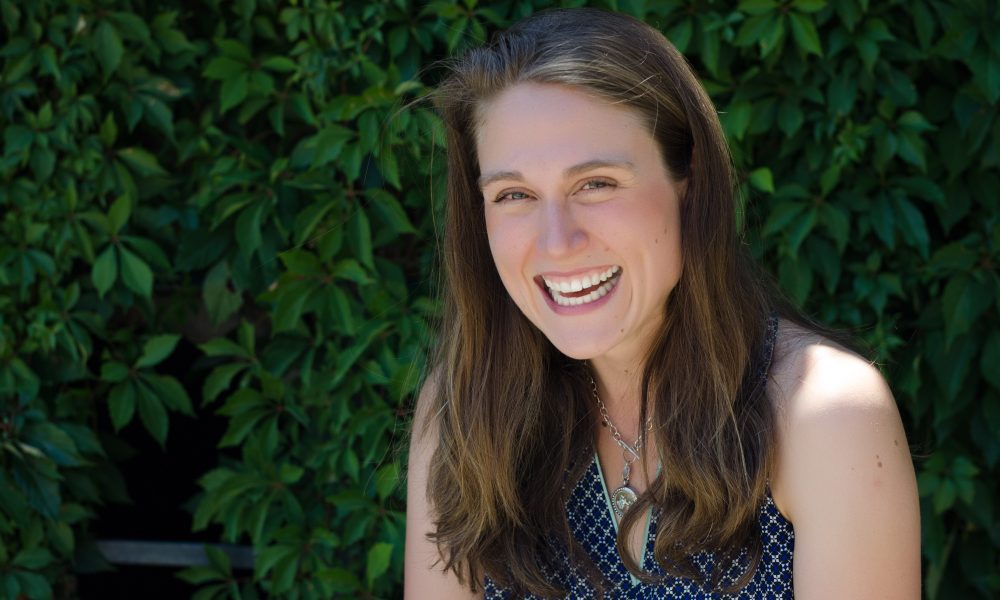 Today we’d like to introduce you to Jessa Dillow Crisp.

Jessa, let’s start with your story. We’d love to hear how you got started and how the journey has been so far.
I will never forget being a little girl and looking at my window at the neighborhood children walking to the elementary school that I could see just beyond my backyard. I wanted to be like them, laughing, playing at the playground, carrying a backpack, and holding a lunch sack. Instead, I had to do adult things every time my body was purchased. Over the years, locations where the transactions took place changed, but the humiliation and dirtiness I felt every time I was sold for sex remained the same.

This trauma continued until I was 21-years-old and I was in a hotel in Kansas City. A woman who saw me recognized the red flags of human trafficking and reached out to me with her contact information. Although during my training now, I tell individuals that it is not safe for you or safe for the potential victim to give out your contact information, the courage of this one individual had made a significant difference in my life. Eventually, this same woman helped me put together an escape route and come to Colorado where I experienced freedom for the first time.

Quickly, I learned that freedom is like the sun that gently kisses your face and your arms with warmth, a big blue sky, and tumbleweed rolling down the road. Freedom tastes like the bubbles in soda and the pepperoni on pizza, the ability to go outside whenever desired to simply twirl with arms wide open, and the opportunity to learn who you are without shame.

After about six months, my visa expired and I had to go back to Canada where I ended up on the west coast. This was a really challenging time for me and due to vulnerabilities in my life, I ended up being recruited by a female pimp and through force, fraud, and coercion was sold during the 2010 Winter Games in Vancouver, BC. Although human trafficking is also referred to as “the game,” the Olympics were not a game for me and it was a miracle that I was able to escape a second time.

Upon my second escape, I came back to Colorado and started my healing journey all over again. As I was experiencing freedom again for the second time, I came upon a quote by Eleanor Roosevelt that says, “Freedom makes a huge requirement of every human being. With freedom comes responsibility.” Since my physical freedom was something so new and precious to me, I began to spend hours of my day thinking about what it meant for me to use my freedom responsibly.

It was as I was going through this process that the director at my safe house told me that I should go to school so I could stay in the US longer. I responded by yelling “Don’t you remember, I have never been to school before.” Instead of responding with anger though, she said, “Jessa, if you can read, you can learn anything.” After seeing the power that I held, I started to read textbooks and eventually enrolled at a local college with my GED.

In 2015, not only did I graduate with my bachelor’s in Counseling, but I left school with a dream that someday I was going to get my doctorate. Currently, I am finishing my M.A. in Clinical Mental Health Counseling, speaking around the world on topics related to trafficking and trauma recovery, running BridgeHope (a non-profit that I co-founded that bridges resources and fosters hope for survivors of human trafficking), and writing my story for others to see the hope available for their broken stories of disappointment and pain.

Has it been a smooth road?
It has been far from easy, but hard things are not necessarily equal to bad things. For example, just because trauma processing is really painful, long, and tedious doesn’t mean that it shouldn’t be done. Instead, a goal of therapy can be to work through painful memories in an effort to understand its impacts on one’s life. Once this impact is understood it is then possible for the traumatized to seek out new ways of behavior and form a new narrative for their life.

Likewise, even though starting and running a non-profit is a difficult process, it doesn’t mean that I shouldn’t do it or continue to reach out and serve our clients. Rather, in the midst of the many tears I have shed and the challenges I have overcome personally and professionally, I have come to believe two things: It is my job to make the most out of the circumstances I have had to endure and genuine love can change one’s past and give hope for the future. Both of these can be really hard to embrace when trauma happens, yet, in the midst of the overwhelming waves of life that happen it is possible to live well and see the good in humanity.

Although hard work does make a difference and is critical to success, my friend, I have also learned that it is important that no matter the work that you do, you need to take care of yourself and your needs. We cannot serve others or make a lasting impact if we refuse to acknowledge our own vulnerable humanity. Your self-care will look different than mine and that’s okay, but it is paramount for you to ask yourself the question of “what brings me energy, joy, and refreshment?” For me, these three things are wrapped into hiking, reading, macro photography, and coffee. Things that are calming, peaceful, and beautiful to the soul and things that I can focus on outside of my humanitarian and advocacy work.

So, as you know, we’re impressed with BridgeHope – tell our readers more, for example, what you’re most proud of and what sets you apart from others.
Overall, the work that I do is simply built around fighting for the freedom of others and aiding in the betterment of humanity. Several ways that this is currently implemented into my life is through running BridgeHope (a local anti-trafficking non-profit that I co-founded and am the Executive Director of that bridges resources and fosters hope to survivors of human trafficking), as well as being an independent consultant, author, and motivational speaker on topics related to hope, joy, and trauma recovery. In addition, I am finishing up my M.A. in Clinical Mental Health Counseling with an anticipated graduation date of May 2020 and have the dream of getting my doctorate in Clinical Psychology. Although I do a lot of things, I think I am mostly known for being a warrior—someone who has fought for my own freedom and the freedom of other people.

Even though I have had the opportunity to do some amazing things like speak on the same stage Nelson Mandela spoke on before he died, work with multiple government departments around the world, speak to over 6,000 women at an event in Eastern Europe, and work with 183 survivors of human trafficking in 2018 through BridgeHope, I still see my greatest accomplishment as graduating from college Summa Cum Laude. For many individuals, this might not seem like that great of a feat, but when I entered the school building on the first day of my undergraduate degree that was literally my very first time in my life that I had entered an educational facility. Although it has taken a lot of work and dedication, seeing myself have the capacity to learn and do well in academic pursuits, replaced the lie that I was repeatedly told as a child that “all you are good for is sex work” and showed me that no matter what I set my mind to, I could accomplish it.

So, if it hadn’t been for school and seeing the strength I had to overcome the adversity of having never been to school before and having to learn things that I should’ve learned previously, I wouldn’t be here today. If it wasn’t for the process of learning basic skills and getting my undergraduate degree, I know with a fact that I wouldn’t have co-founded a successful non-profit, I wouldn’t have the dreams I have today, and I wouldn’t be living with the joy of being able to be not only physically free but intellectually free.

Were there people and/or experiences you had in your childhood that you feel laid the foundation for your success?
As a mental health therapist, I believe that the messages we received growing up can and do impact us as adults and I also believe that one’s past does not need to define their future. Although I am a victim and a survivor of human trafficking, I see myself as a thriver. Healing is possible! 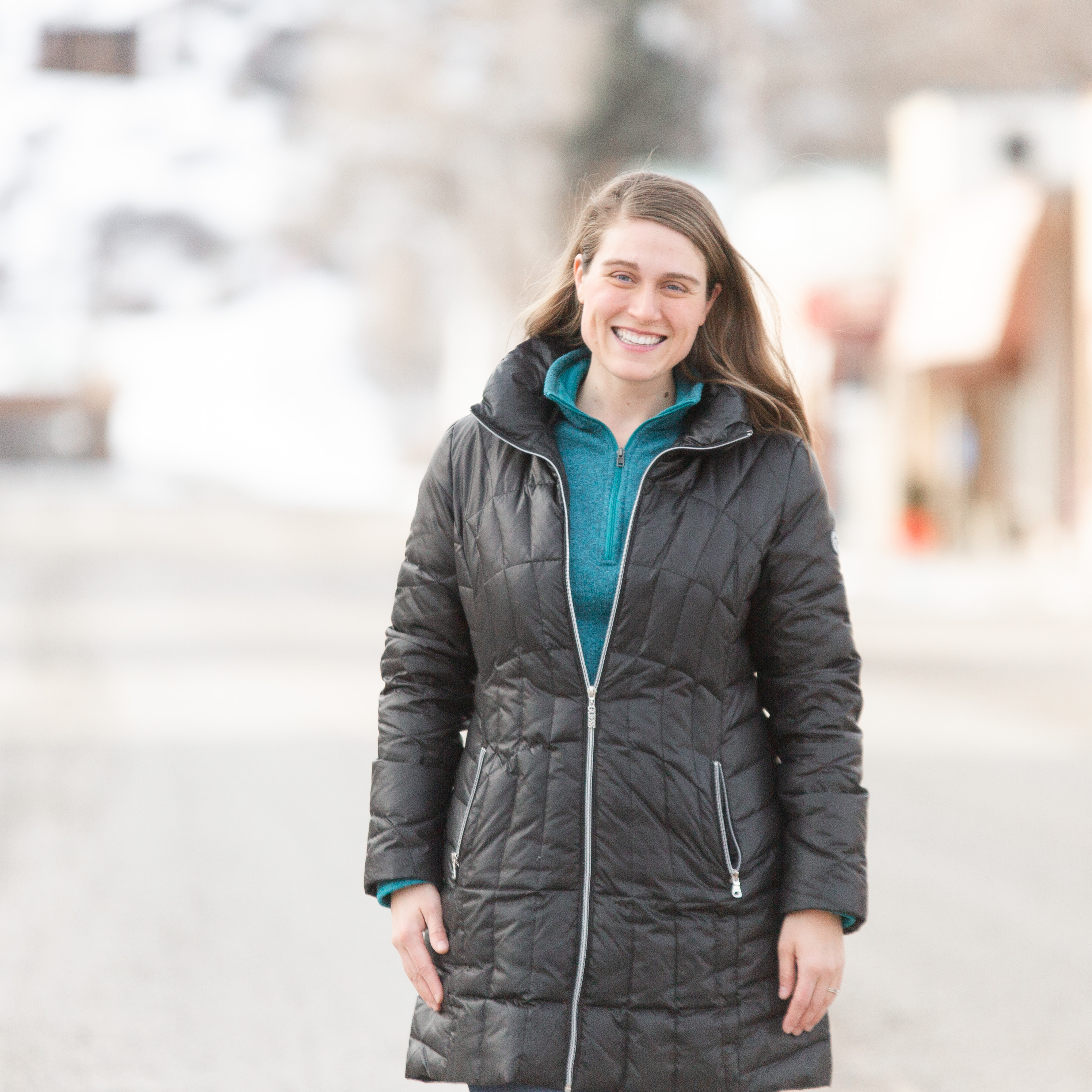 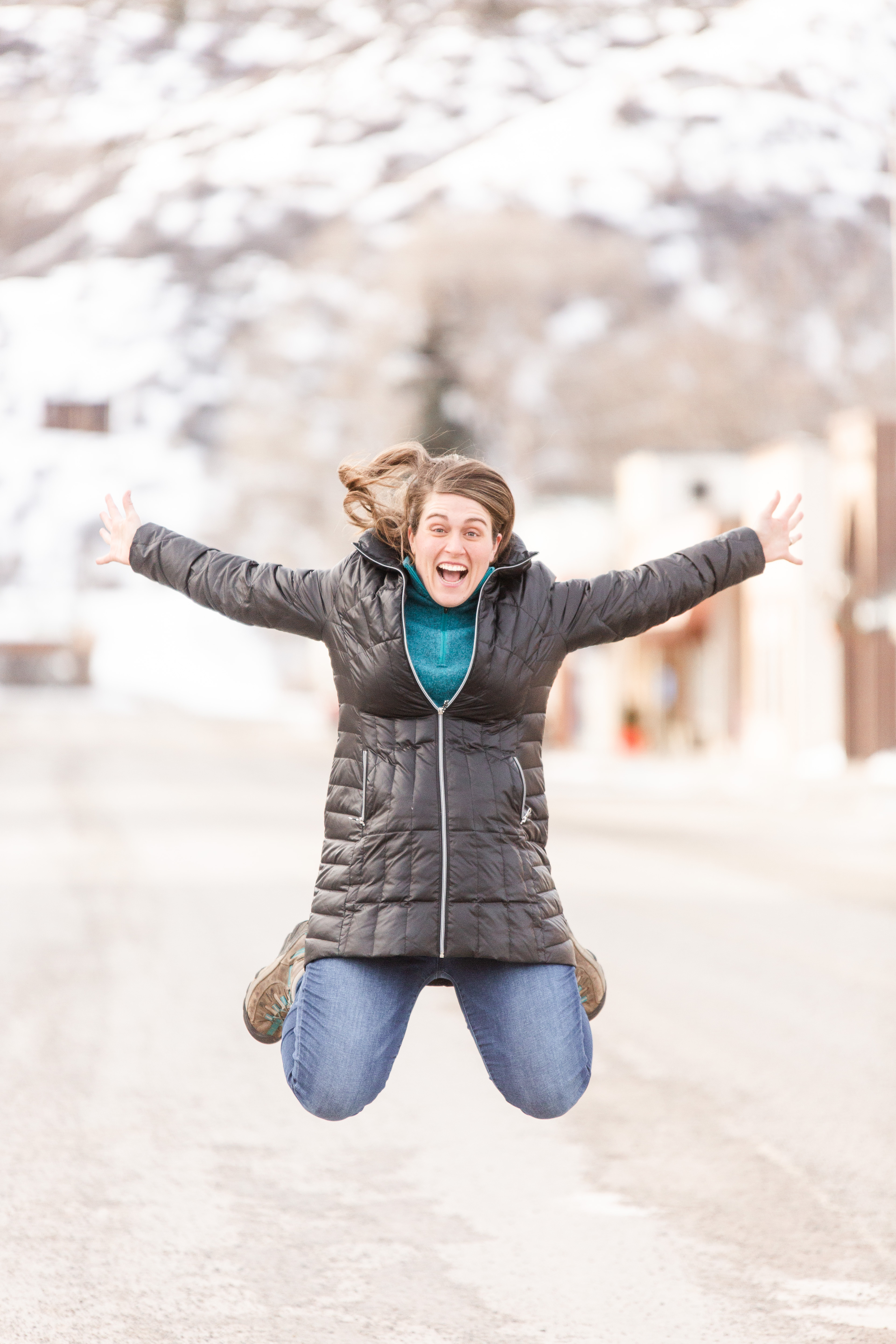 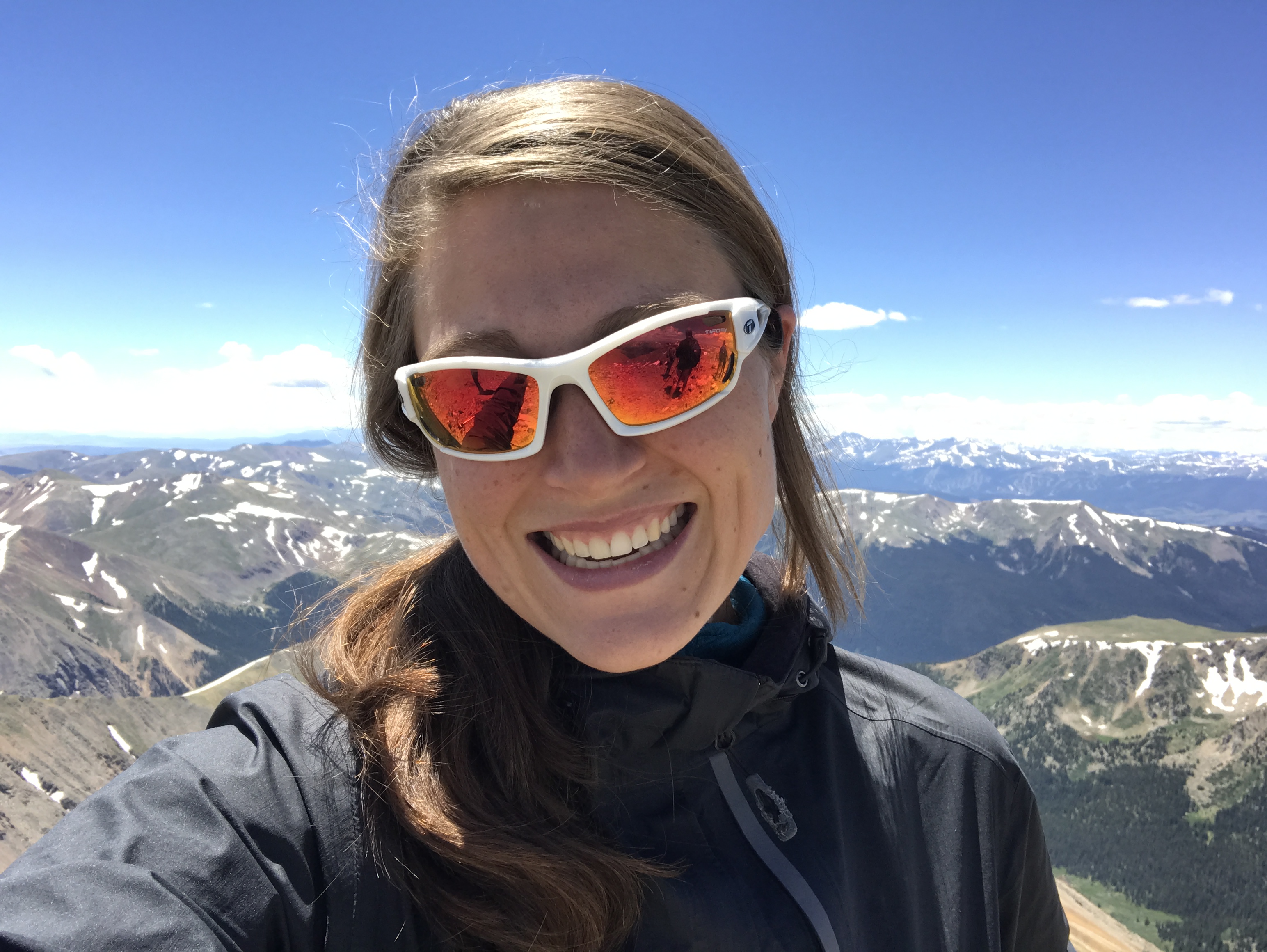 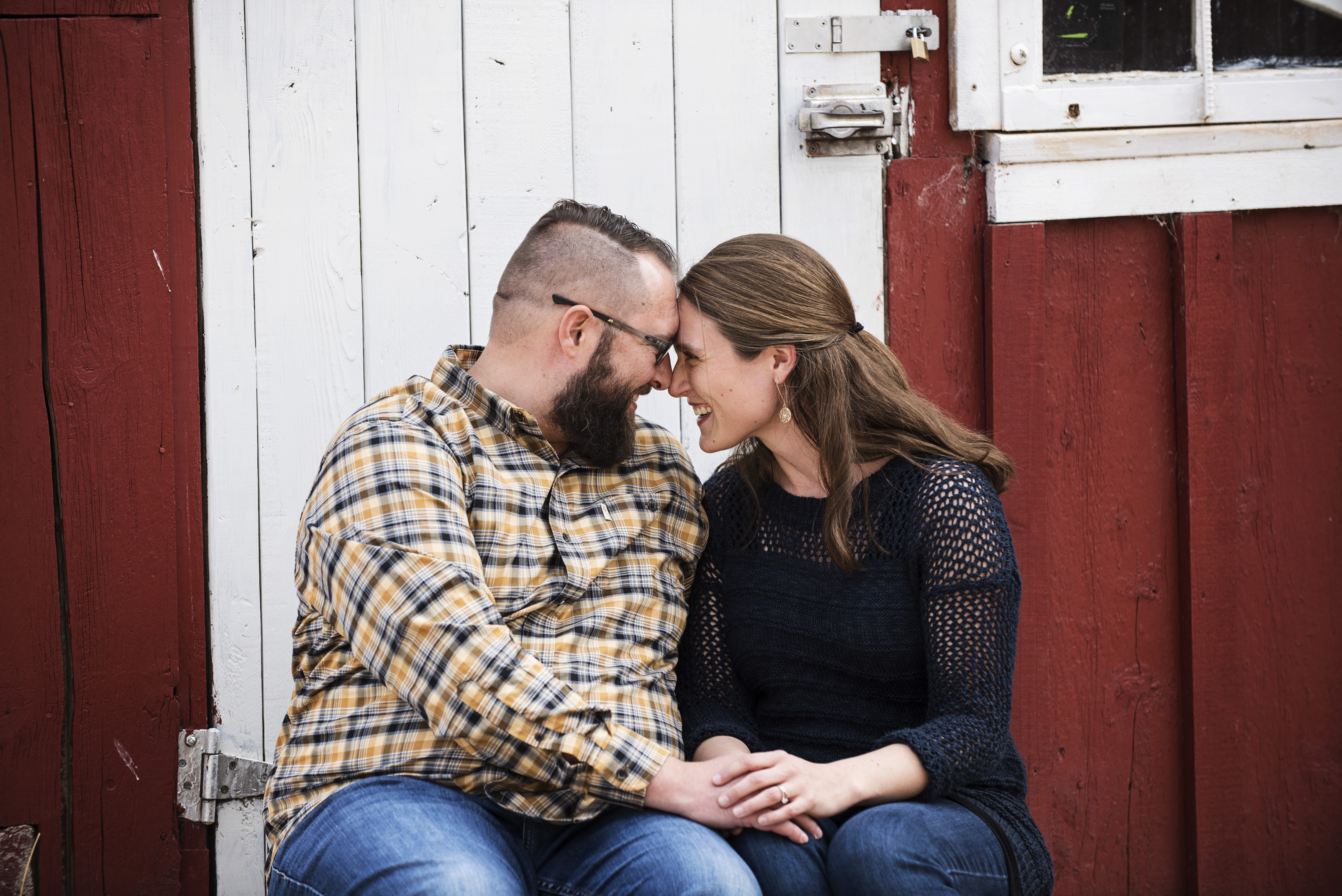 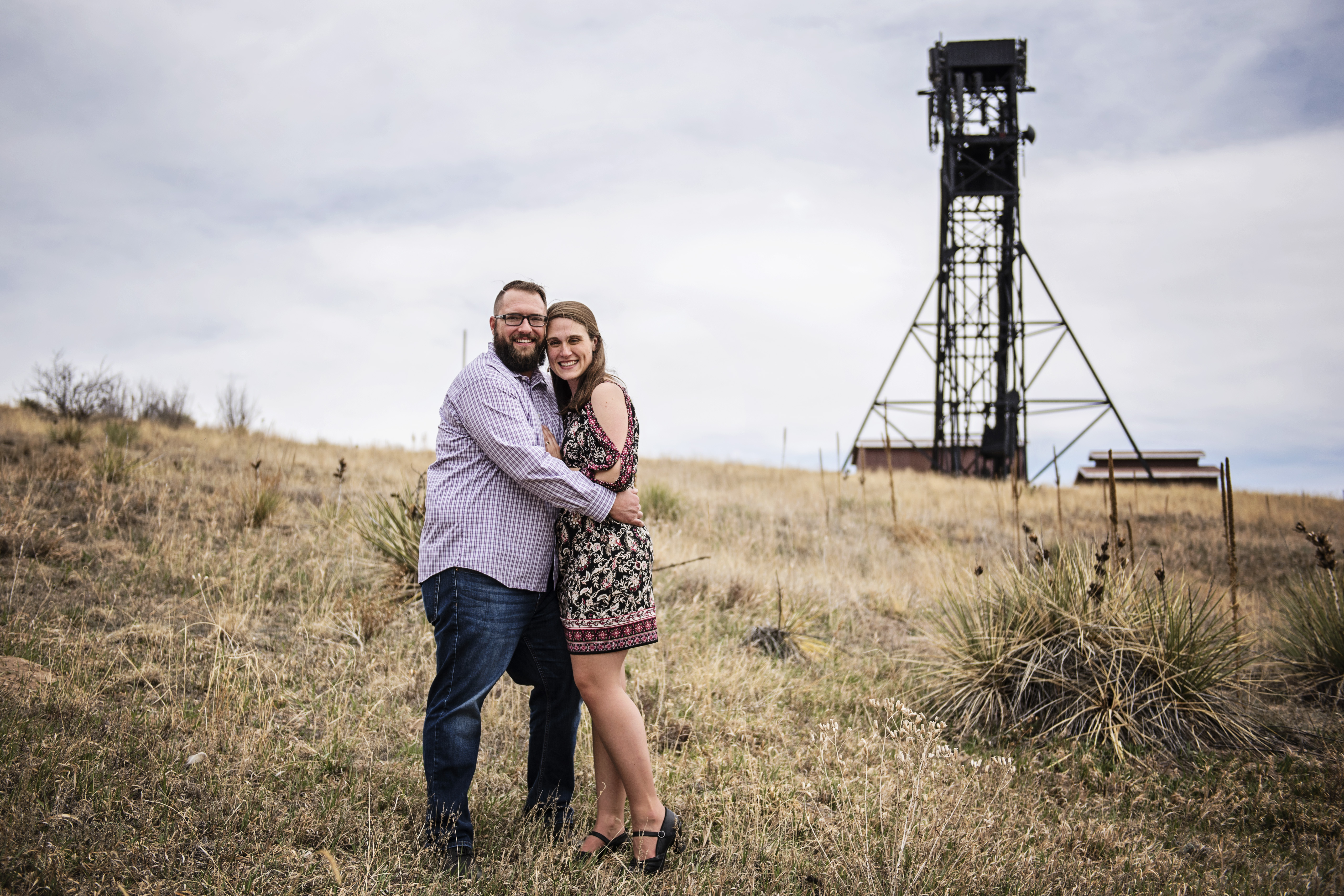 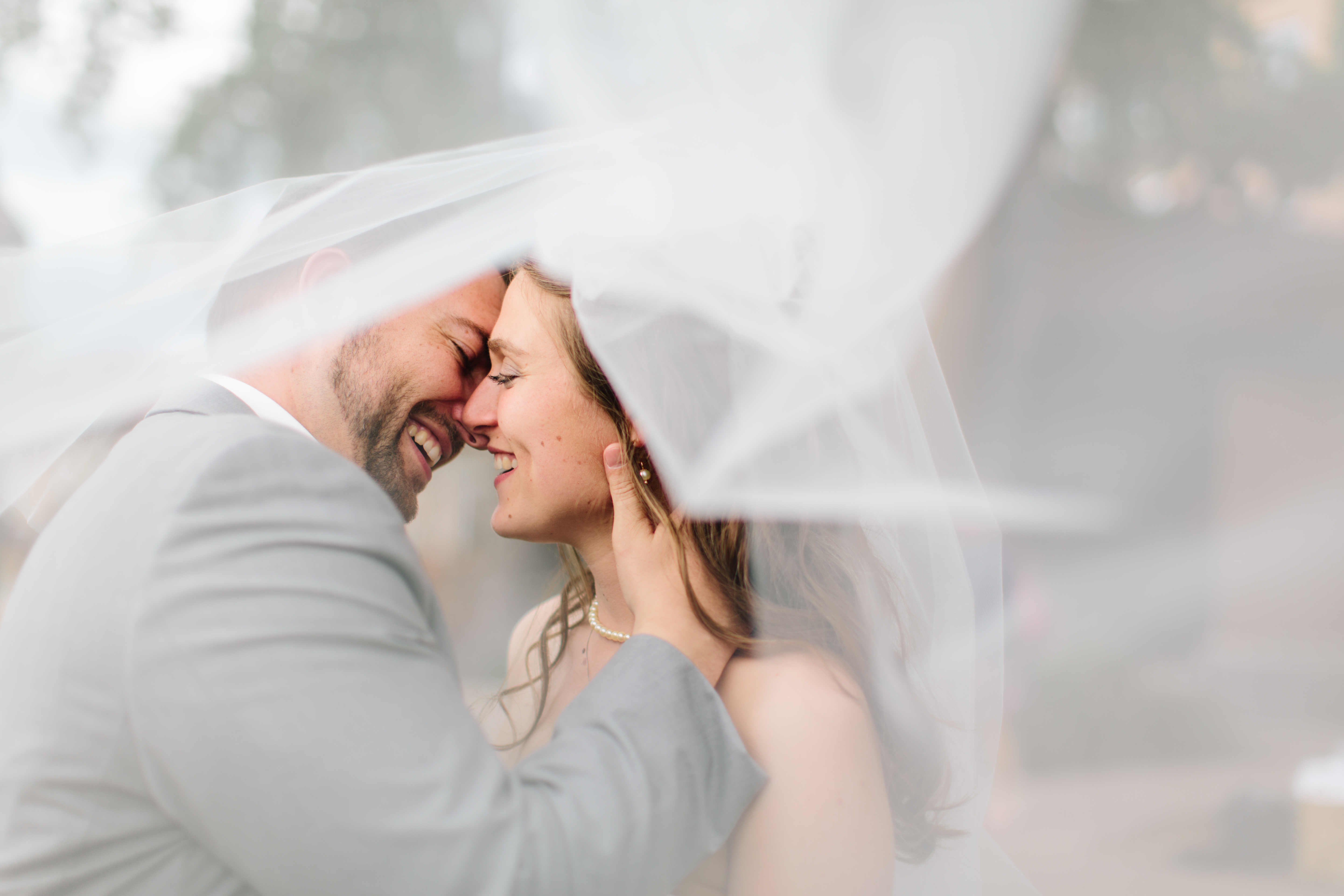